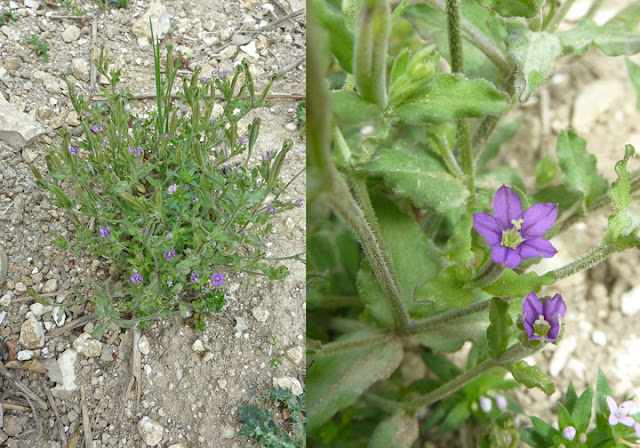 I was delighted to come across a single plant of Venus's Looking Glass (above) on the edge of Epsom Downs this morning. Chance plays a big part in finding such things, and I just happened to be wandering along the edge of a field that I rarely pass. An open, chalky corner got my attention and as always it was checked for so called 'arable weeds' - bingo! It has been recorded in the area before, but not for a number of years I believe. 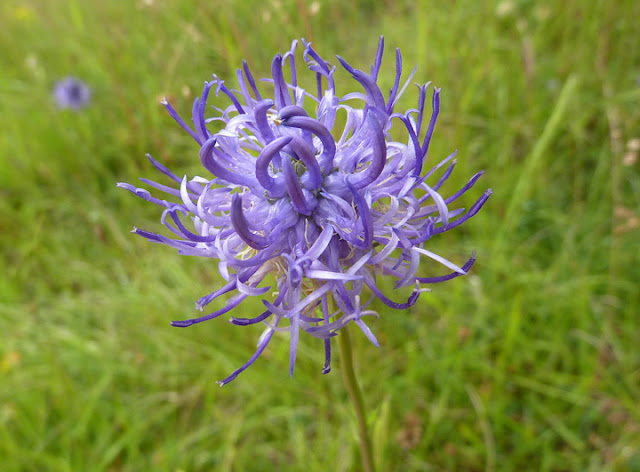 If there was ever a flowerhead that looks as if it had been designed by Charles Rennie Mackintosh, then this is it - Round-headed Rampion. It is a local plant of chalk grassland and we are lucky enough to have several places on Epsom and Walton Downs where it grows.

We are currently experiencing a very good flowering on Epsom Downs. Areas of grassland that previously have been devoid of interest are proving to be well worth a look - I'm assuming that there has been a lessening of cutting and spraying, or maybe this observer has not been opening his eyes properly in the past? Clovers, Small and Field Scabious, Lady's Bedstraw, Field Bindweed (variants above), Squinancywort, Cat's-ear... I could go on... are colouring the downland slopes to great effect.
at July 15, 2015

Really good and interesting stuff Steve and lucky to be near such delights. I was at Highclere Castle (Downton Abbey) on Monday afternoon and they have a large wild flower meadow there and it is the first time that I've ever seen one and it took my breath away.

Yes Derek, I'm very fortunate to be on the doorstep of such delights. A large wildflower meadow is indeed a thing of beauty, glad you got so much pleasure from it!

Local nature reserve is full of ladys bedstraw, a very yellow sight indeed, and the little bindweed trumpets bellow up through the grass