Changing of the guard

Today was the first time that I felt as if it were autumn. The vegetation is starting to look tired. Red Bartsia, Harebell, Common Toadflax and Nettle-leaved Bellflower are starting to flower. 3 Chalkhill Blues were dancing over the short sward on Park Downs (where I finally recorded Knotted Pearlwort in Surrey). The orchid fields have changed - the top picture was taken this morning (with Common Ragwort and Marjoram being the predominant providers of colour) and the bottom image on 23rd June (where the yellow was courtesy of Rough Hawk's-beard). The orchids have largely gone. Other butterflies seen included several hundred Gatekeepers, a handful of left-over Marbled Whites, Dark Green Fritillary and 3 Red Admirals. Across the road in Banstead Woods at least 4 Silver-washed Fritillaries patrolled the rides and a very large dark butterfly was briefly glimpsed as it hacked through the top of some oaks - I have a strong suspicion as to what it probably was! Something that gave itself up with far more ease was a low flying Red Kite, that slowly moved south at 10.30hrs. 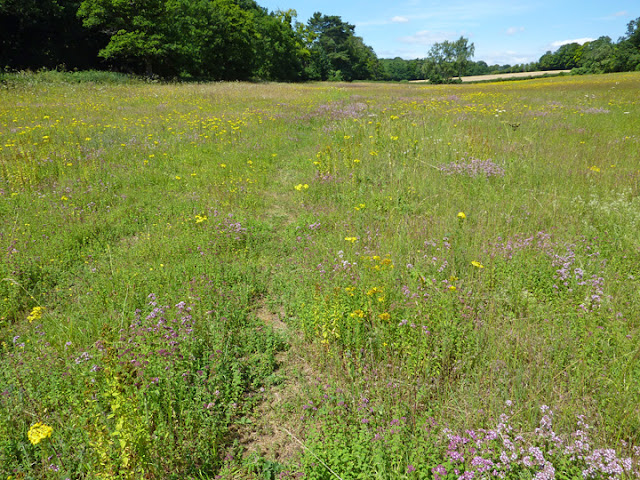 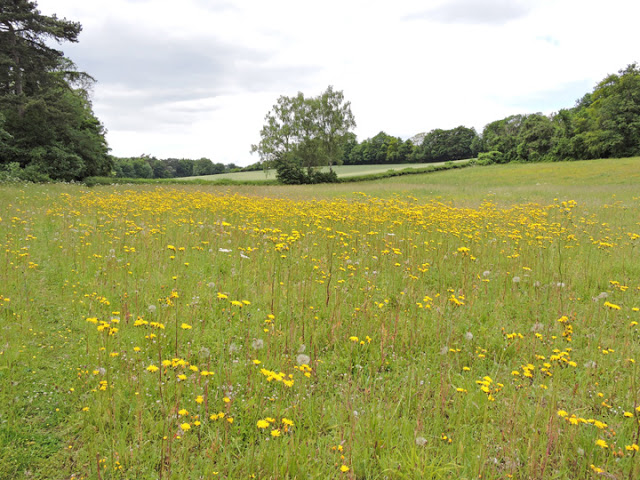 Your top photo looks a darn sight greener and colourful than the Swale NNR where I walk each day. It's like walking round a yellow desert and what water is left in the ditches is a purpley colour and stinks like hell, feel sorry for the swans and their cygnets that are still using them.

I suppose that we are not as open here Derek, and do not get such a desiccating wind.

Yes, yesterday's hot sunshine coupled with strongish winds had a furnace like effect on the marsh.