Why I love Dungeness

The past week (and a bit) has shown Dungeness in all its finery. I doubt that there have been many other weeks in its 'natural historical record' that have had so much going on (and some of that at a nationally notable level) - but I'll let you be the judge of that... 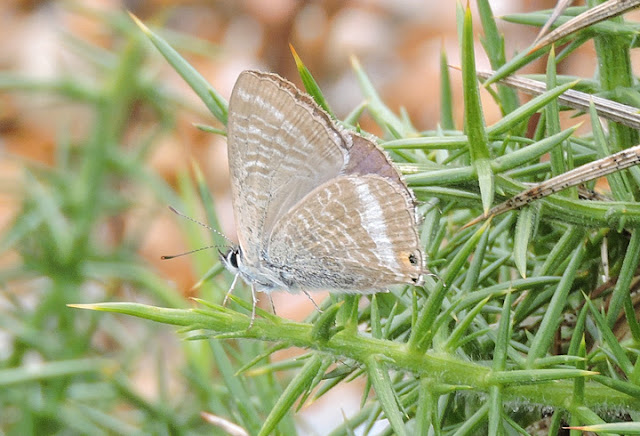 Butterflies
The only reason that I'm starting with the butterflies is because this Long-tailed Blue was self-found and was a lifer. On September 1st, after a hefty and prolonged rainstorm, it was flushed when walking across open shingle. It settled on an isolated gorse bush and stayed long enough for me to take but one photo, before it flitted off, not to be relocated despite much searching. I was under the impression that it was a female at the time, but looking at the image above, and seeing quite a bit of blue on the section of upper hindwing that is uncovered, maybe it is a male after all. Other migrants were thin on the ground, with single figure counts of Painted Lady, Red Admiral and two Clouded Yellow (both at ARC). 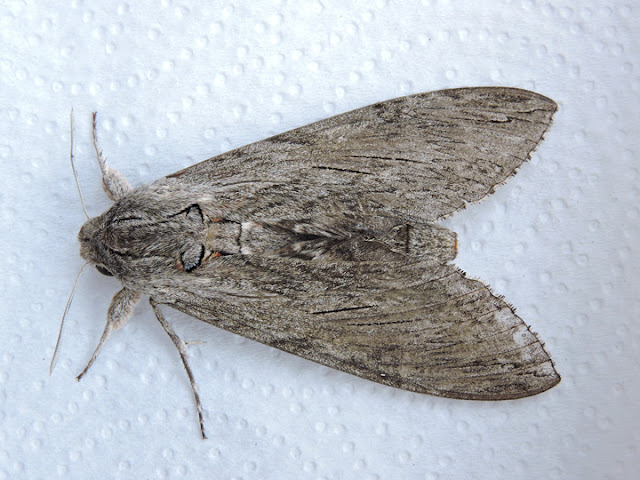 Moths
Undoubted highlight was the unprecedented numbers of Vestal that came to the MV traps each night and could be easily found resting on vegetation during the day. It was a surreal experience to be walking through grassland flushing them up, easily outnumbering the (to be expected) Yellow Belles. There were definitely high hundreds across the peninsula each day and almost certainly they were in their thousands. My best day tally was 58 on September 2nd. Vestals were not the only migrants - Scarce Bordered Straw (3), Bordered Straw (2), Convolvulus Hawk-moth (4, pictured above) and several Hummingbird Hawk-moths were all recorded. All we lacked was a true rarity, but that would have been just plain greedy. 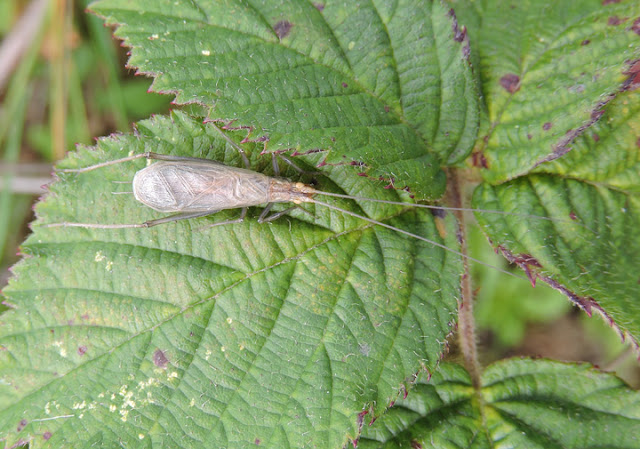 Orthoptera
The real stars of the shingle were two species of exceedingly rare orthoptera, both discovered by the bird observatory warden, Dave Walker. Almost every evening the Italian Tree Crickets (above) started to sing, and on the muggiest of them their sound was all surrounding, reminiscent of evenings spent on Greek Islands. They must be present in hundreds. Also in the same, quite small area, were Sickle-bearing Bush-crickets (two images below) 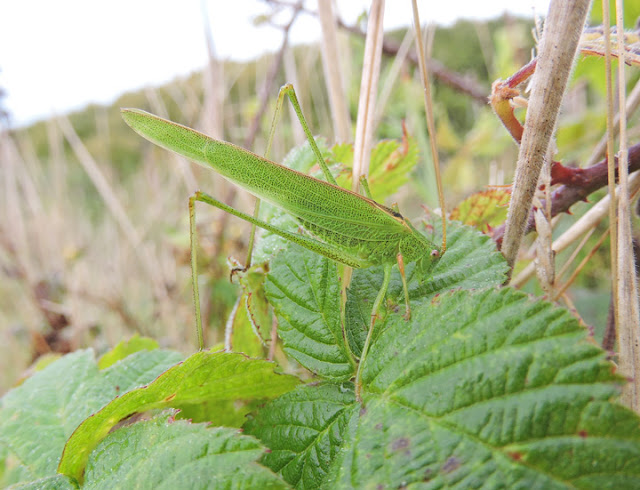 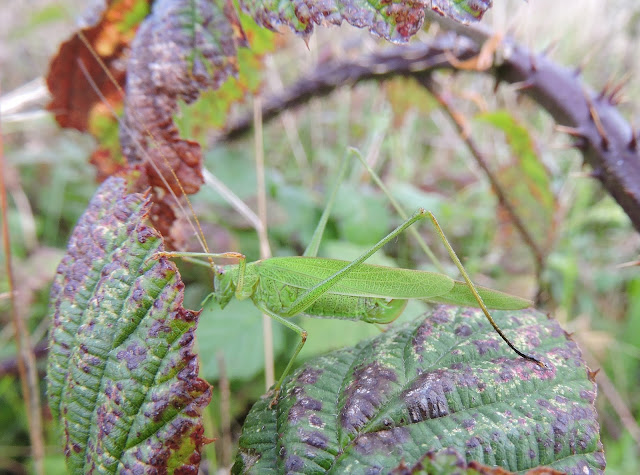 At least seven individuals have been found, and on one particular evening, in the company of the eagle-eyed Mr Walker we (well, in reality, he) found five. All of this amazing activity took place in a small area of lightly vegetated shingle on the edge of the sallow bushes. Singing normally commenced between 19.45 - 20.15hrs with dry and warm nights best. They did not seem to like it being wet or cool, although last Saturday night (September 5th) they were quite vocal even though it was cool and breezy. Careful daytime searching often provided both species.

Birds
It was a great week for birds as well. Early-September drift migrants were in strange numbers. A Wryneck, Red-backed Shrike and Icterine Warbler were all duly present but without the supporting cast of Redstarts and Pied Flycatchers, which were in depressed numbers (I failed to see the Icterine Warbler despite some very close misses). However, I did latch onto 4 of the 8 Honey Buzzards that crossed the airspace, and also an Osprey which did a lap of the point before heading eastwards out to sea. Two juvenile White-winged Black Terns were present all week, switching their allegiance from the ARC pit to the power station 'patch' towards the end of my stay. Most mornings saw visible migration of Yellow Wagtails, Tree Pipits and Siskins. I could also mention a Cattle Egret, 4 Great White Egrets, 4 Black-necked Grebes, Hobby, Merlin, Raven, Little Stint, Spotted Redshank, Avocet... rubbish, wasn't it? 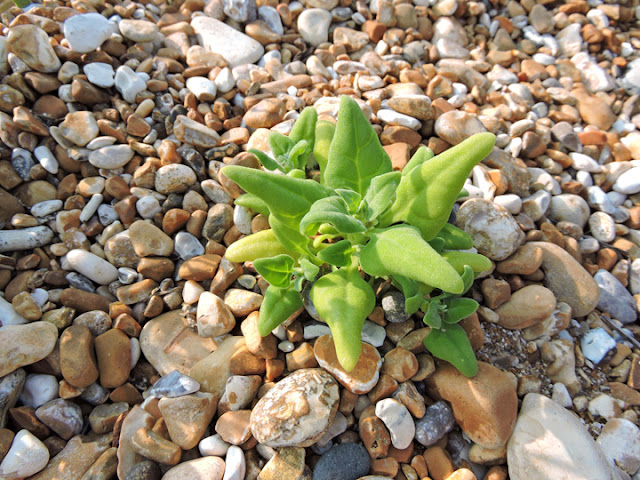 Plants
They took a bit of a back-seat as I was mainly looking up! However, I was tipped off as to the presence of New Zealand Spinach on the beach (above). A new experience at Dungeness is the formation of a modest salt marsh, due to a combination of the cessation of shingle removal in this particular area and high tide flooding of a couple of 'dips' between the ridges. It is now possible to see glassworts, Sea Rocket, Annual Sea-blite, Sea Purslane and Frosted Orache, among others.

I've seen other reports of the long tailed blue as well, no idea such a thing existed

I've seen other reports of the long tailed blue as well, no idea such a thing existed

Dungeness is a fantastic place and always guaranteed to turn up rarities if that's what your after, me, I prefer to stay loyal to my patch, good or bad.
Glad you had a nice week.

Never seen a Vestal. :(
You had a great week there Steve....

They do Simon and they are splendid.

Peter, the pan-lister in you would have been satisfied!

Guilty as charged Derek for deserting my inland patches...

There have been so many Stewart that you must be in with a chance.