April 30, 2016
April is now practically consigned to history, and with it comes closure on the 4th ND&B Wheatear Trophy. This year's battle was a more sedate affair, with none of last year's dog fight at the end, which saw skullduggery and underhand tactics - most un-Oenanthe-like! 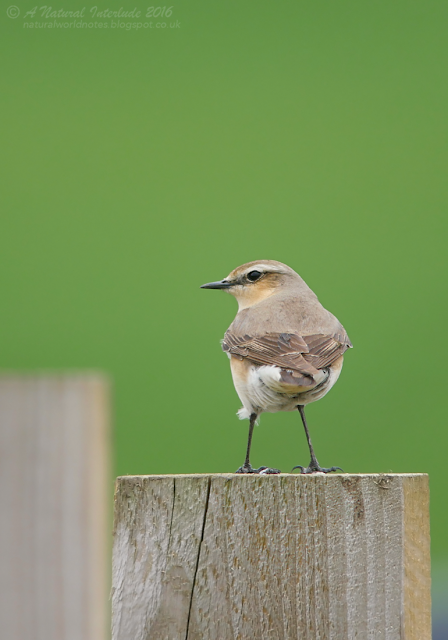 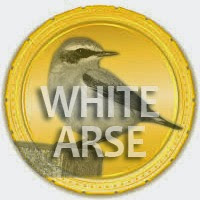 This is the last year of the competition. Good things come to an end, and this one has run on for probably too many years already. My thanks to all of those fine bloggers who have made us happier naturalists with the posting of images of one of our finest migrants. Keep 'em coming...

Steve Gale said…
I might just start the "ND&B Barred Warbler in the back garden challenge' just for you Stewart!
30 April 2016 at 21:19

Paul Trodd said…
Steve, I`m chuffed and honoured to be mentioned in such esteemed company. I shall wear my DBO thong with pride, now all we need is that Pom passage...
1 May 2016 at 07:15

Steve Gale said…
Lucy, that did make me laugh! I was delighted that my old adopted county of Hertfordshire (1962-1971 Tring) had provided the winner! And I'm so pleased that Sir Steve was present at the awards ceremony, as he has a reputation for making his excuses at the last minute. Wear the medal with pride, and if I see it on e-Bay later this month I'll know that you did indeed drink too much cider...
1 May 2016 at 17:36

Lucy @ A Natural Interlude said…
Aagh, the one weekend of the year I’m not glued to the PC and I nearly miss my finest hour!
As a rank outsider, for whom success is a complete fluke and the mere sniff of cider a gateway to the worst kind of disinhibited cavorting ever seen at a SSSI blessed with a maypole….a heartfelt thanks to you, Mr Gale. It is quite possible that the ND&B White Arse gold medal of 2016 is the pinnacle of my blogging career, if not my life. It’s downhill all the way from here…
As a side note, Sir Steve was a complete gent and although I was barely awake and slightly tipsy at 5:30 this morning, he was most consoling when I suggested that I was never going to top Mr Lethbridge acceptance speech of 2015 (http://www.wansteadbirder.com/2015/05/ive-won.html). Sir Steve advised I shut up and resort to interpretive dance…and so I did. DVDs available on request.
1 May 2016 at 18:10

Ploddingbirder said…
There will a few more exotic white arses on the blog when i've managed to edit them all Steve!
1 May 2016 at 21:15

Steve Gale said…
I'm looking forward to The Road to Morocco with The Three Muskateer's Martin!
1 May 2016 at 22:50