A zig-zag full of silver spots and belles 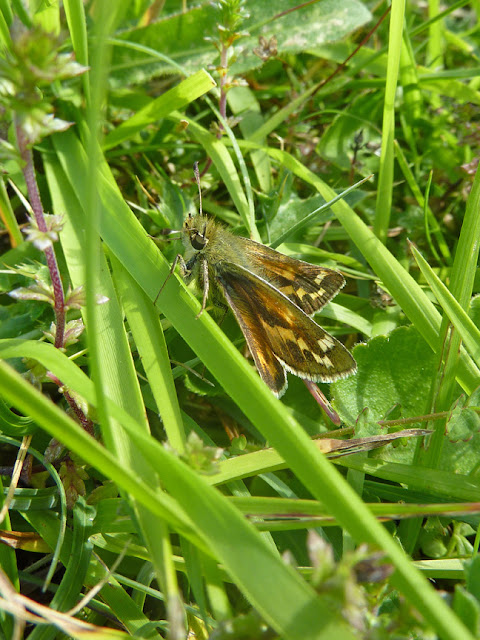 The Victorians referred to the area as 'The Surrey Alps', and although the hills around Dorking may not actually resemble the said mountains of mainland Europe, they are quite impressive all the same - they just don't stand up to a direct comparison.

This morning, with the sun shining, I elected to venture onto the slopes of the Box Hill zig-zag, so called after the narrow road that - you've guessed it - zig-zags its way up to the summit. (See, even I'm getting in on the Victorian's act by using such a lofty term to describe the top of the hill). This area has historically drawn naturalists from far and wide, thanks in no small part to a tremendous assemblage of plants and butterflies.

Todays stars were the number of Silver-spotted Skipper (above) that were on the wing - a minimum of 65. I spent most of my visit with one or two in view, with at least eight at once for one heady minute. Also present was a moth that is found increasingly rarely from just a handful of places in Surrey and Kent - the Straw Belle. At least 30 were found, in quite a discrete area, the moths being easily disturbed as I walked along. They were quite skittish and, although they soon settled, seemed to pick the most difficult areas in which to alight (from a view for me to obtain a decent photograph or two). They would either:
(a) land on an exposed grass stem that swayed in the stiff breeze;
(b) head for the middle of a grassy tuft thus having copious grass blades between it, and my camera lens, or;
(c) land in a perfect place for me, only to fly off just as I was about to take a picture.
What appears below is a typical teasing view, followed by a couple of rare close ups (upper and underwing). 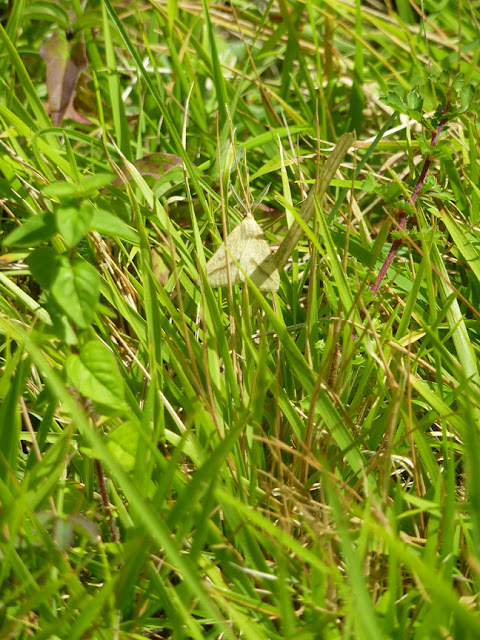 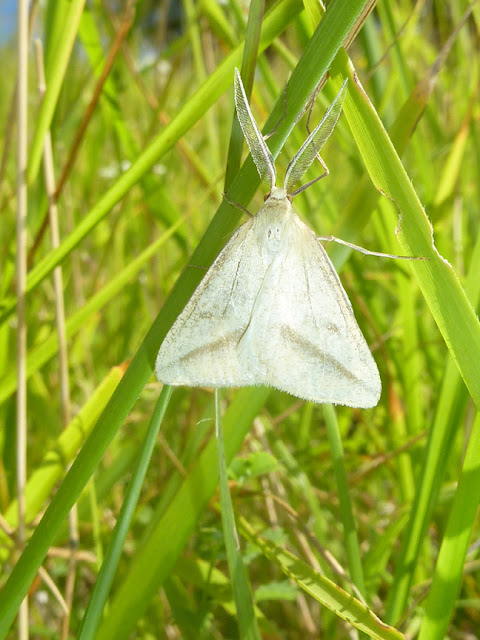 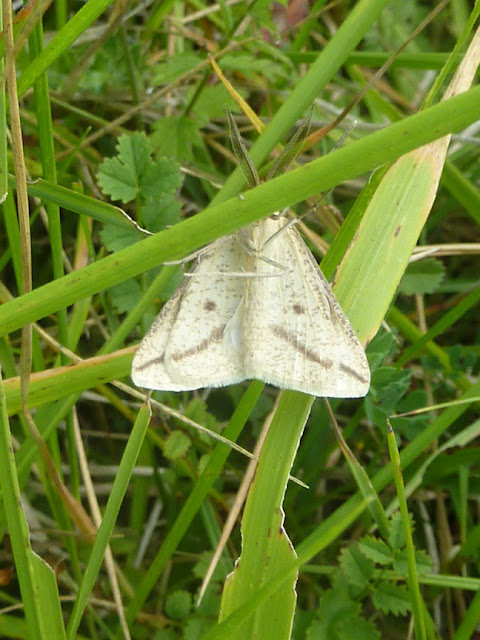 The slopes were a visual treat. Millions of flowers covered them. No photo can ever capture such a spectacle. You can look at the square metre in which you are standing and count a dozen species. You look along a slope and marvel at the abundance set out before you. Burnet-saxifrage, Wild Basil, Small Scabious, Harebell, Clustered Bellflower, Red Clover, Marjoram, Dwarf Thistle, Common Century, Carline Thistle, Autumn Gentian, Yellow-wort, Squinancywort, Eyebright, Hawkbit, St.John's-wort - on and on and on, sweeping across the ground in a carpet, sewn into the grass, dancing above the sward, open to the sun. 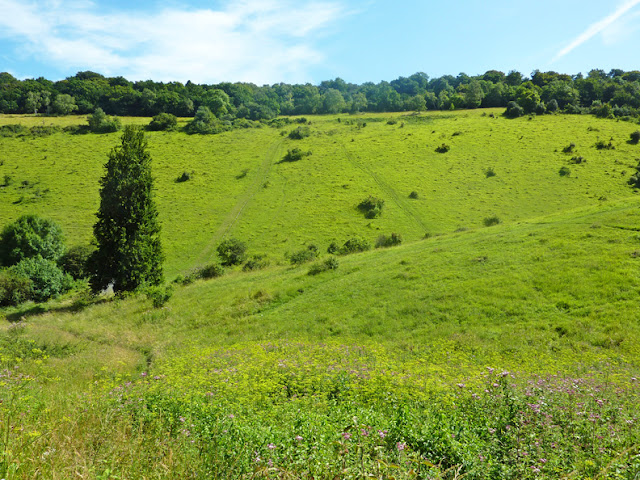 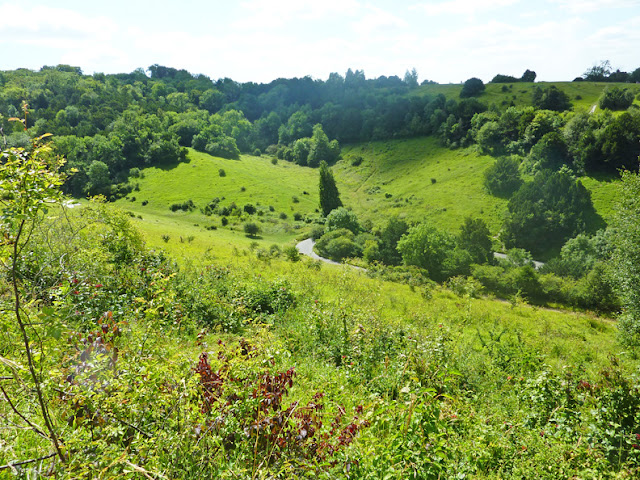 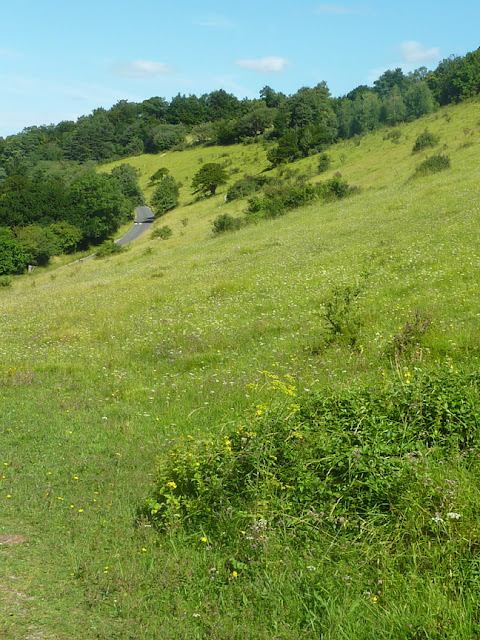 What an amazing place Steve, Surrey seems to have an abundance of flower meadows, lucky people.

Yes Derek, I'm lucky in this part of Surrey for such sights (and sites)!

Wow!I've never seen anything quite like that in the UK. We have a few upland hay meadows here and of course vast heather moorland but nothing as good as yours. It even puts the Skippers into second place and I've still never seen one of those either!

Those photos of Box Hill look a place I could spend all day in looking for interesting flies. Nice spot.

Thanks Stewart and Andrew. If either of you are ever in this neck of the woods, I'd be very pleased to show you the slopes.

Was that anywhere near Leith Hill, Steve.

Box Hill (and the zig-zag) is about a twenty minute drive from there Derek.