Sheepleas, a Surrey Wildlife Trust reserve situated between Guildford and West Horsley, is one of those places that had dropped off of my radar. I last visited in 1998, from when I can remember a vast network of footpaths, and was also aware that Narrow-lipped Helleborine can occur there. This local and decreasing species is something of a phantom in the county, often being nibbled by deer (or slugs) before it gets a chance to flower - and that is if it decides to appear above ground at all! So, when a number of twitter and Facebook account holders started to post images of said orchid from said reserve, my curiosity was awoken...

The short story is that I saw 24 spikes in all, within a small, discrete area: 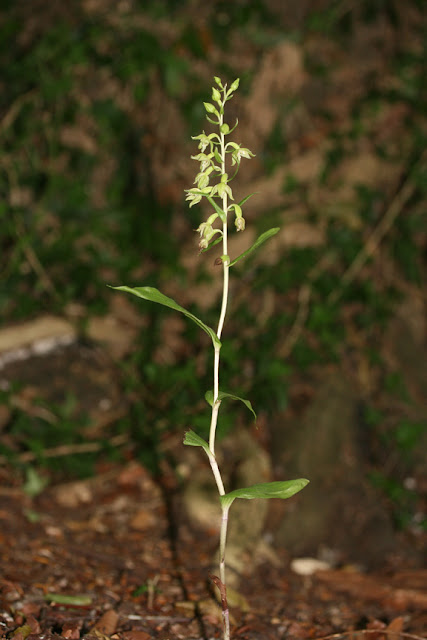 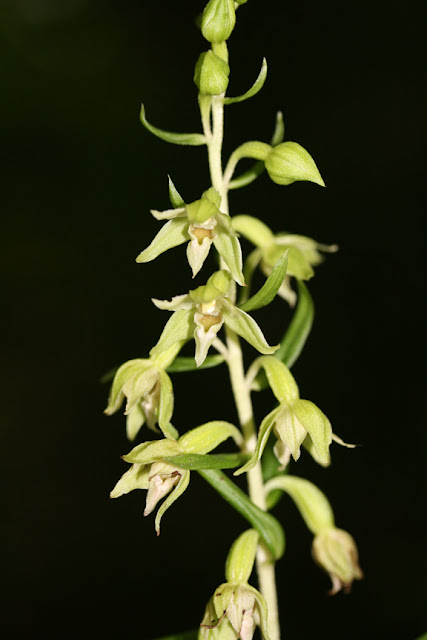 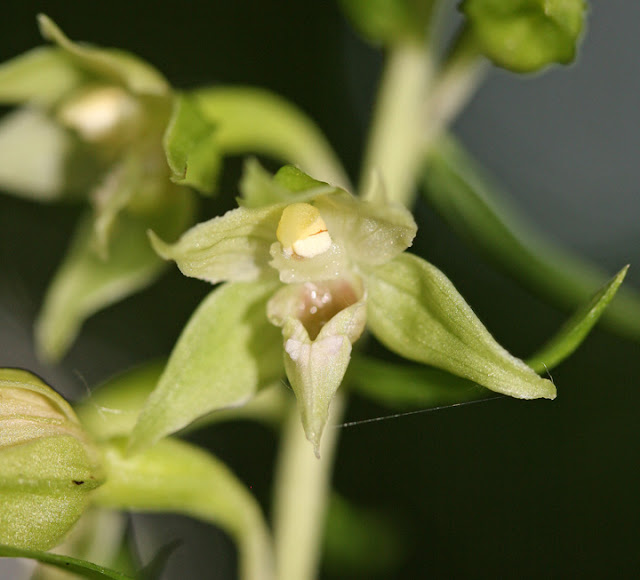 The nearby meadows were crammed to bursting point with flower. I have never seen so much Clustered Bellflower in one place, nudging neighbouring Marjoram, Wild Basil, Agrimony, Common Knapweed, Burnet Saxifrage and St.John's Wort (didn't specify them!) for room. A sensory overload!

I stayed in the corner of one particular meadow, where a small blizzard of butterflies were on show, all crowding around several Buddleia bushes - mainly Peacocks, Silver-washed Fritillaries, Red Admirals, Meadow Browns and Large Whites - when a GIANT Specked Wood flew past. This was, of course, no Speckled Wood. I ran after it, hoping beyond hope that it was what I thought it was... and when it alighted nearby, my suspicions were confirmed - a valezina form female Silver-washed Fritillary! My long-awaited first. 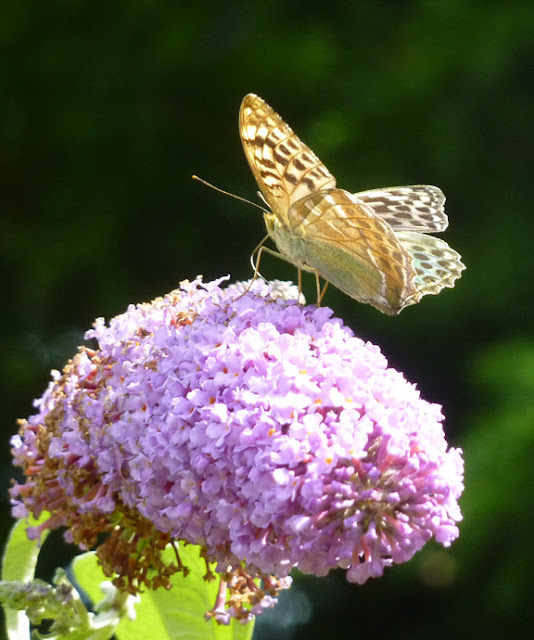 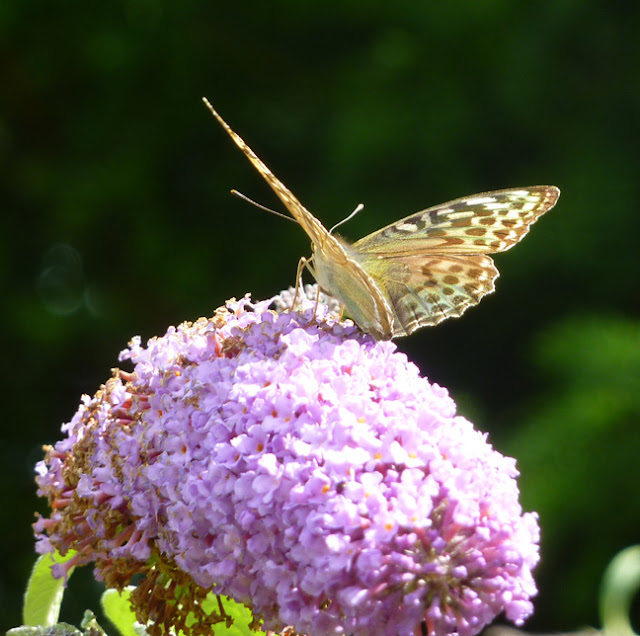 And here's a 'normal' one for comparison: 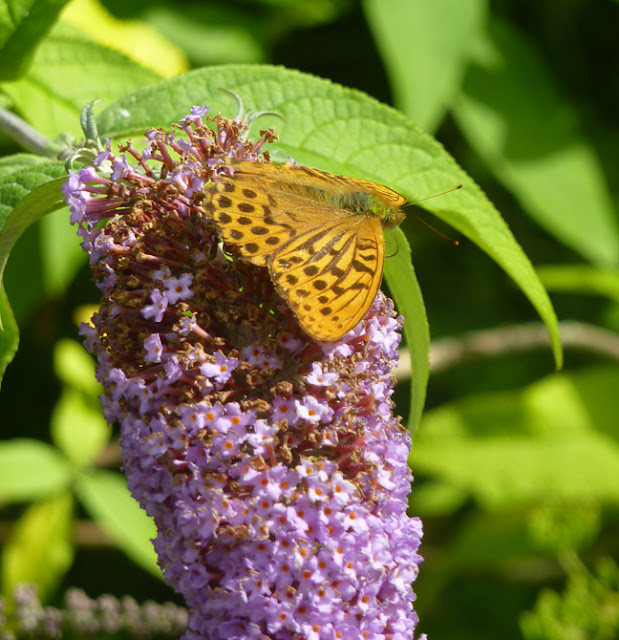 This afternoon I paid the Banstead Woods Violet Helleborines a visit. Several 'clumps' are yet to flower, but a few were doing so: 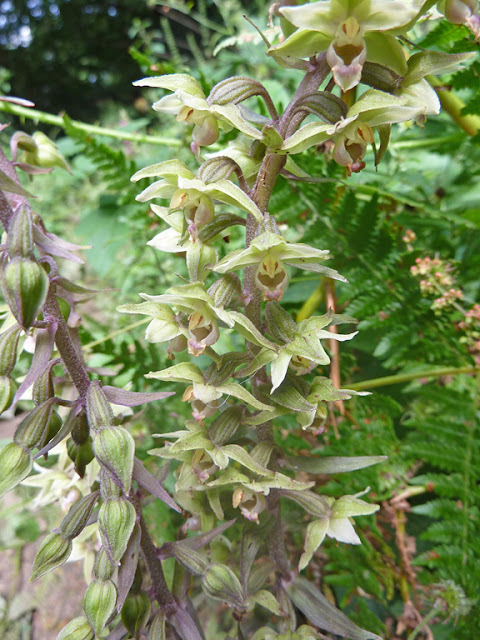 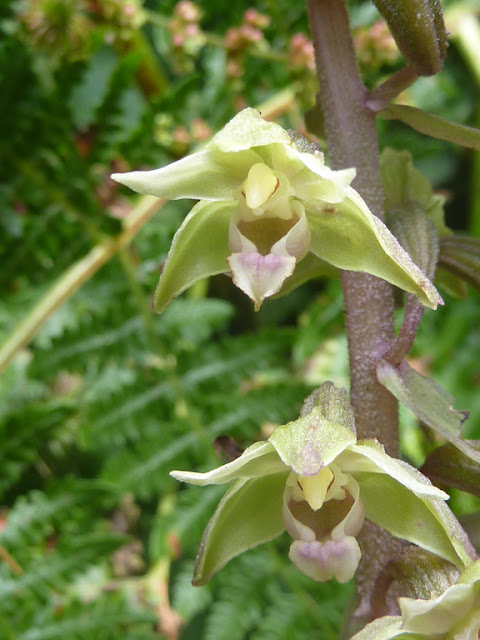 Another brilliant posting on Surrey's wildflowers Steve, plus of course, the marvellous Fritillary.

Thank you Derek, it was a memorable morning.