June 23, 2017
One of the fascinating aspects of running an MV at the same site over a number of years is to experience the changes of fortune across the species that are being recorded. This August will see the 30th anniversary of us moving to our house in Banstead, and I have run a trap in the garden throughout - plenty of bloggage material there! As a taster, here is a species that has seen a big increase in the incidence of it being recorded and the numbers of individuals trapped - Beautiful Hook-tip. 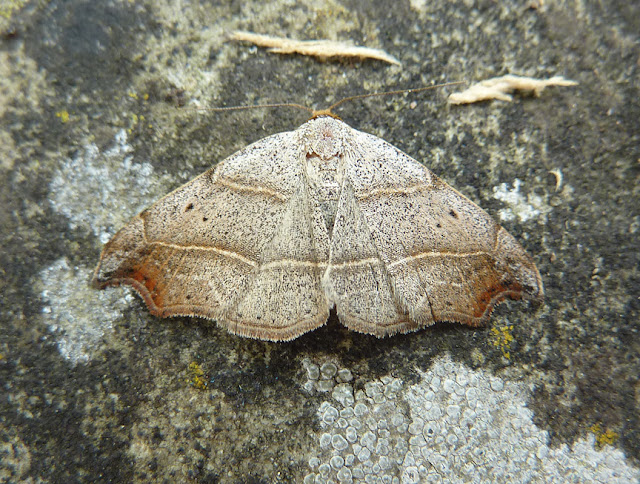 Over the past 10 days I have recorded it daily, with up to three in a single night. Back in 1987, this was but a dream moth, not appearing in the garden until the mid-1990s and could only be regarded as annual these past five years. The data is full of winners and losers. It makes fascinating reading. I will post more later in the summer.
Beautiful Hook-tip Moths