Mammatus clouds plus a sunset

June 06, 2017
The morning of May 20th was warm, bright and sunny at Dungeness. At approximately 09.00hrs a dark band of cloud appeared on the south-western horizon and slowly, but surely, crept towards us. The light quickly faded, and the arriving cloud was dramatic enough to stop a few of us in our tracks to stare skyward. It was not just a case of the threatening nature of what we were observing, neither the accompanying thunder and lightening, but the strange cloud formation. 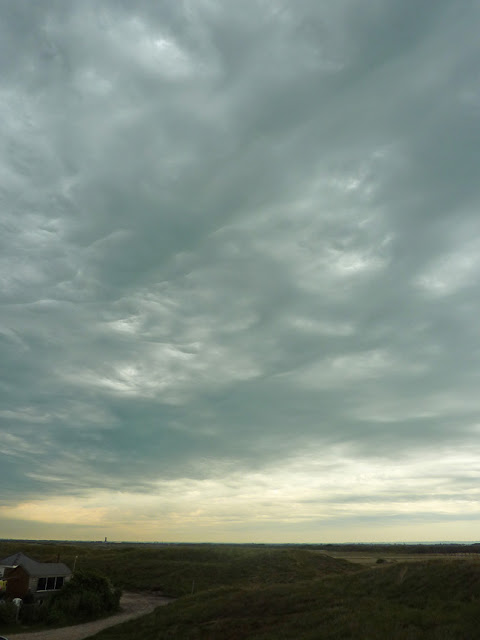 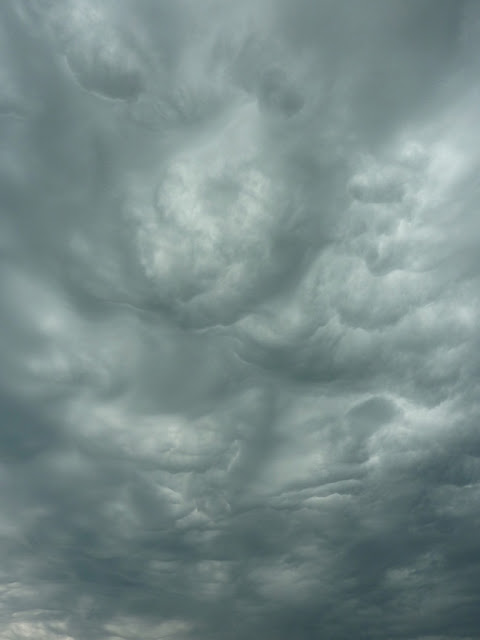 This formation is called mammatus (after mammary, or breast). It is suggested that the circular shapes are caused by pockets of cold air puffing downwards. They are associated with thunderstorms, as we could easily confirm. It was a magical 15 minutes as the clouds passed overhead, a visitation from another world. At times I looked across at some nearby birders, who took not a blind bit of notice - you see, what was above them didn't have feathers... their loss. 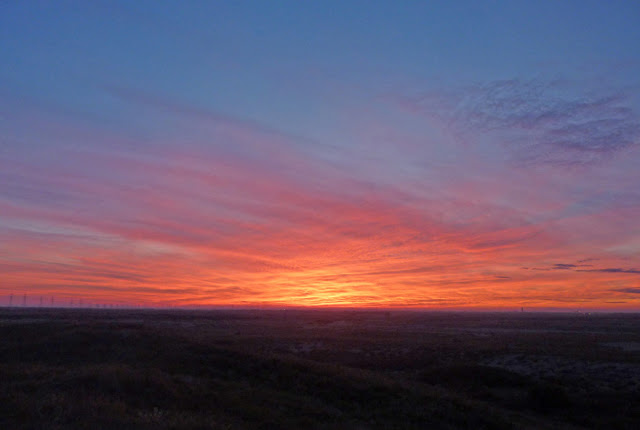 A couple of evenings later we were treated to a blood orange sunset. The colours above are quite faithful to what was seen. The big skies of Dungeness are full of wonder - reason enough to spend some time there.
Dungeness mammatus clouds weather

Gibster said…
Seen that cloud formation once over Portland bird obs. The locals there call it Granny's Knickers!
7 June 2017 at 10:05

Gibster said…
It was definitely onr for the books, sure beats Tree Spadge in the fields....