When Dungeness came to the North Downs 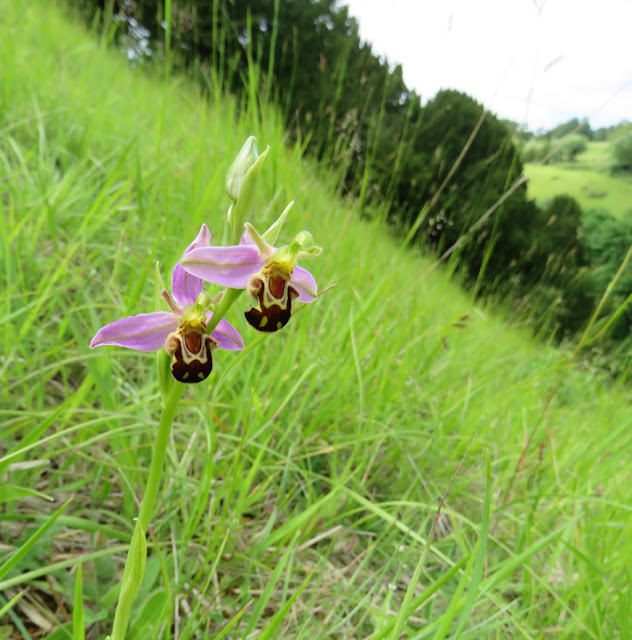 I was delighted to welcome a car-load of Dungeness naturalists to the Box Hill area today, as Dave Walker, Gill Hollamby and Owen Leyshon made the trip north to sample some of the delights to be found on the chalk.

We started off by visiting the Wild Candytuft (below) that can be found on the slopes of Mickleham Downs. Although numbers seem to have dropped off recently, several robust specimens where found in fine flower. A few Stinking Hellebores were nearby. 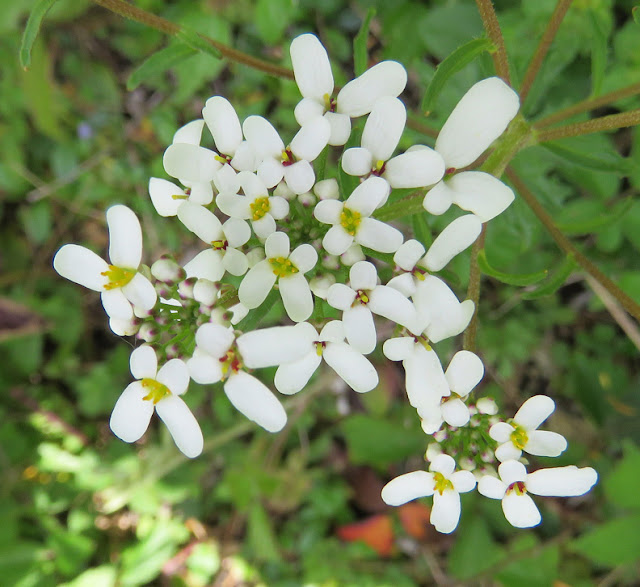 After parking at the top of Box Hill, we slowly walked eastwards along the ridge as far as Brockham, where we paid our respects to the large colony of Green Hound's-tongue, mostly over, although several were still exhibiting some flower. We retraced our steps, zig-zagging across the open chalk downland, finding Man Orchid, Bee Orchid, Common Spotted Orchid, Chalk Fragrant Orchid, Common Twayblades, Pyramidal Orchid and, under beech woodland, Bird's-nest Orchid. The orchid numbers were not as high as previous years, although 60+ spikes of Man were found and Common Spotted were only just coming out.

It wasn't all about the plants - Bryony Ladybird (below), Juniper Shieldbug (bottom) and Box Bug (the latter on Box, on Box Hill!) were all targetted and found, with our first Large Skipper, Marbled White and Meadow Brown of the year on the wing. With plenty of other insects and plants to divert us, we kept very busy and the time flew. It makes a change for me to be able to show these fine people a few bits and pieces - it's normally the other way round! 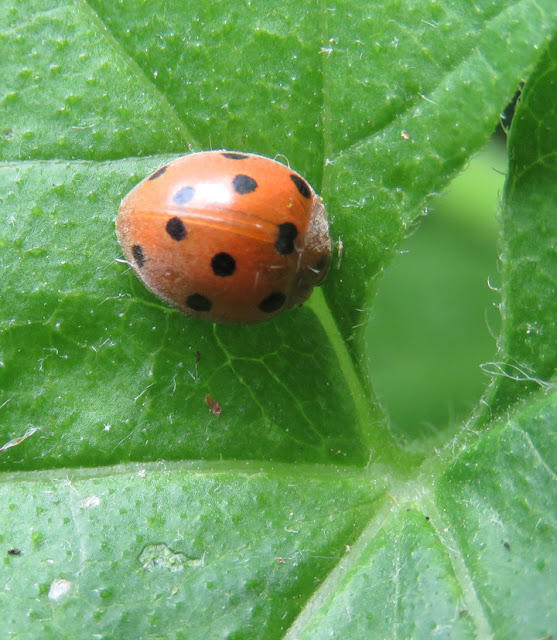 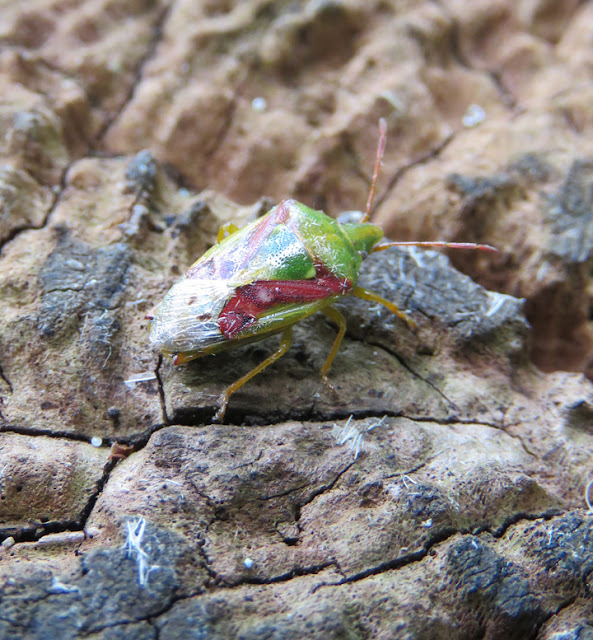 Gibster said…
Steve, mate, please can you not show the Surrey specialities to a bunch of Kentish Gloryseekers? After all, what have they ever done for you... ahem yeah whatever...
7 June 2017 at 23:44