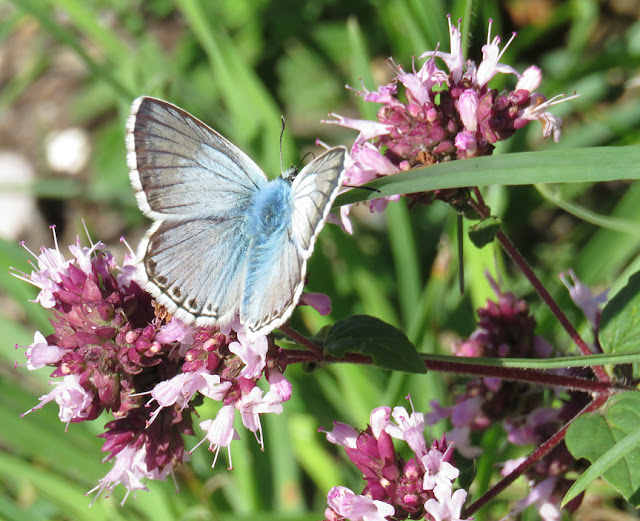 An 'up and down' wander along the open slopes of Denbigh's Hillside and White Down was the order of today. The sun couldn't decide whether to come out or stay in, and a persistent westerly wind didn't make for ideal conditions to watch butterflies in, but it remained warm and there was plenty to observe. The Denbigh's sward shimmered with the milky blue of at least 400 Chalkhill Blues (above), with a couple of pristine male Adonis and 80+ Common thrown in for good measure. 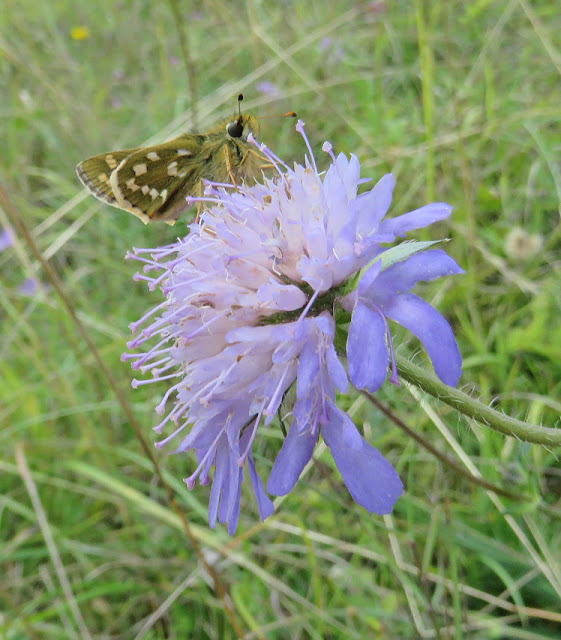 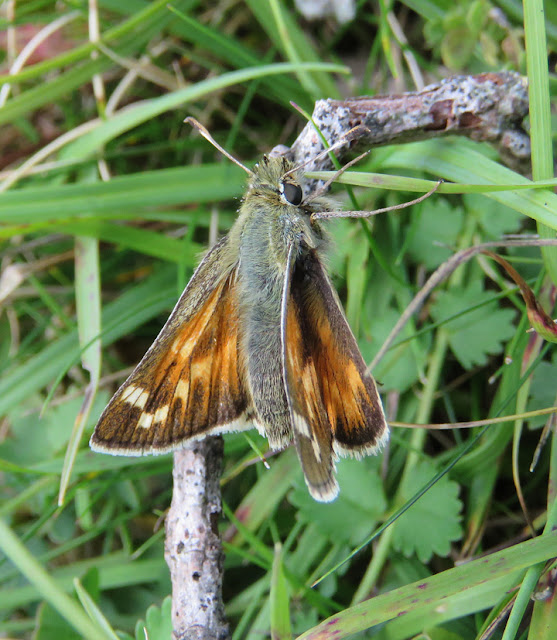 White Down was where the Silver-spotted Skipper action was taking place (above), at least 20 being found. They did not want to settle, and I was lead on a merry dance several times trying to follow them in flight, which I find difficult to do - they often seem to disappear into thin air! 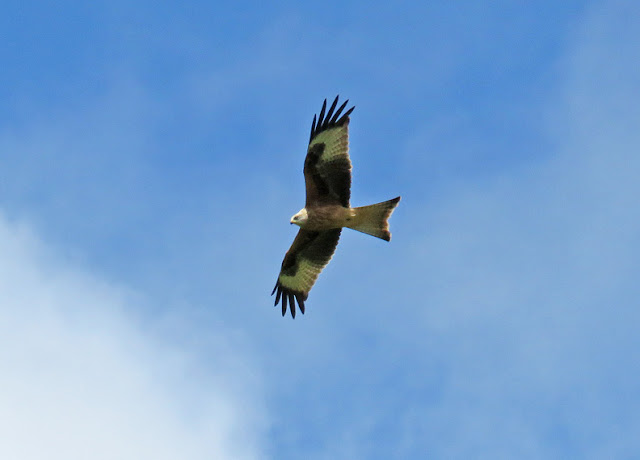 There were Red Kites on view throughout my four hours on site, including a group of three that gave close views, including one bird that, obviously curious as to what I was, circled around me several times.

Word to be banned from birding part 56
Awesome.
The Grand Canyon is. The Milky Way is. Your Wilson's Petrel isn't...
Chalkhill Blue Denbigh's Hillside Red Kite Silver-spotted Skipper White Down

Simon Douglas Thompson said…
It seems such a rich habitat there, Nottinghamshire is just so crap really. Unless you are a bee eater.
2 August 2017 at 17:53