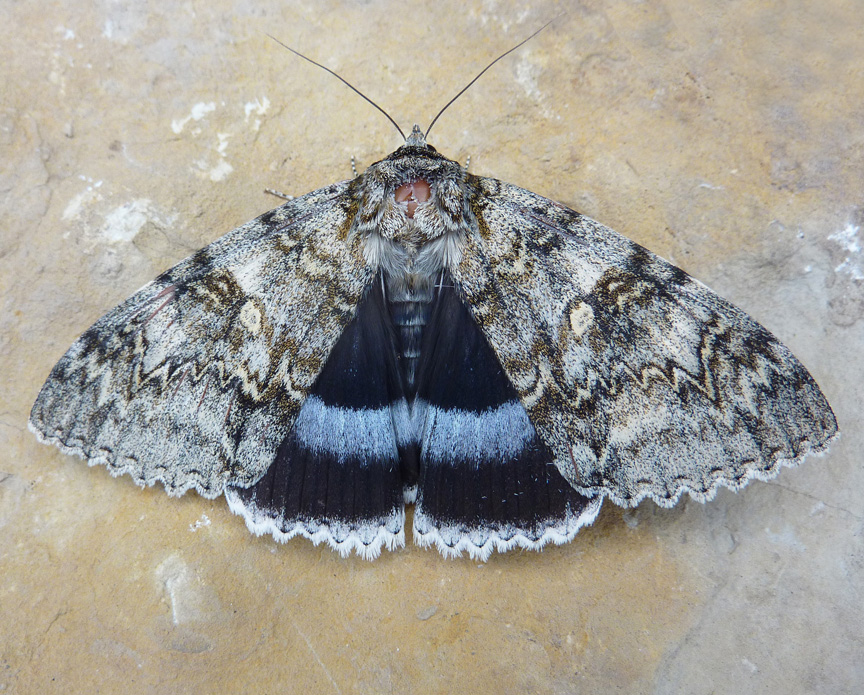 When I first became interested in moths I got hold of both volumes of South - it was an ancient publication, but they were the best books then available. I looked through the colour plates and started to draw up a list of fantasy species - those that I wondered if I would ever be lucky enough to see? Two stood out in particular. Death's-head Hawk-moth and the absurdly named Clifden Nonpareil. Both big. Both stunning. And both seemingly unobtainable...

However, Dungeness was the place that happily provided me with both. In September 1990 I happened to be staying at the Bird Observatory when Sean Clancy trapped the later species in his (then) garden at Delhi Cottage. My first glimpse of that powder-blue underwing stripe sandwiched between black, with a pearly grey and white frill was a moment that I will never forget. The Victorian lepidopterists sought this 'Blue Underwing' out with a fervour, and it was considered the ultimate prize. Although it has, from time to time colonised parts of Kent, Sussex and Norfolk , it is also migratory, so it has a habit of popping up in places unexpectedly.

This morning, underneath the last egg box in the MV, I found my second. Apart from having lost some scales on the thorax, it was a perfect specimen. Although I knew what it was immediately, I still wanted to see the shock of blue to make sure that I wasn't fooling myself. This evening, before release, I was able to share it with local naturalists Nick and Russell Gardener and Peter Alfrey. It put on a good show before flying off high, bat-like, and landing in an Ash Tree. 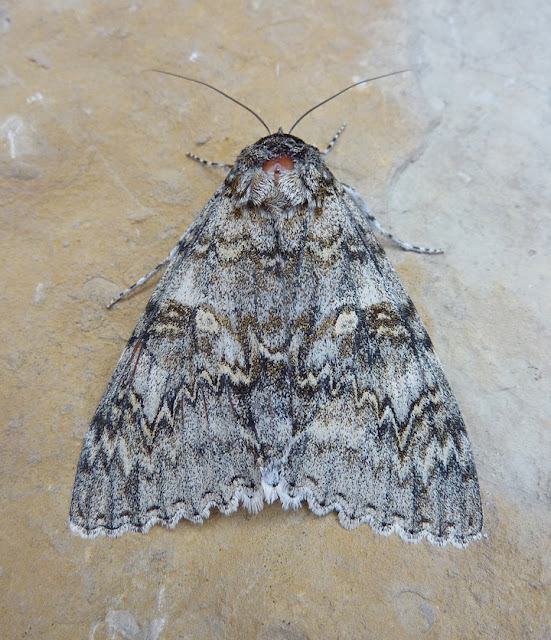 I also trapped the second Scarce Bordered Straw of the week. It might be drab compared to the beast above, but this blog is an equal opportunities employer. I proudly give it air time below! 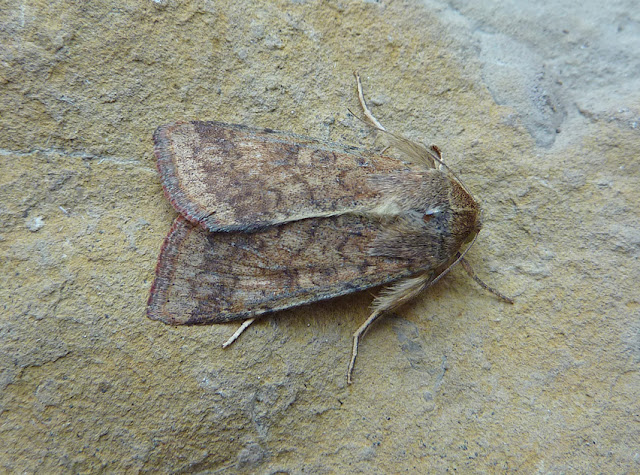 A lesson. I went to Rye Harbour with Katrina today, not really a birding trip, but I took my binoculars and camera. We entered the hide by the Ternery Pool, where a birder was busily firing off a number of shots through a long lens. "Anything interesting?" I cheerily asked. "Just that" he pointed. I looked and saw a female sawbill that dived almost immediately as I put my bins on it. "Oh, a Merganser, that's a funny date" I replied. "No, it's a Goosander, I've been watching it for ages, it's been performing well" my new friend with the lens informed me. For twenty minutes the bird did not reappear, then did so behind a distant island, preened briefly, before disappearing again. I rattled off a couple of shots with the compact camera in my brief (and unsatisfactory) few seconds of observation.  I had seen it so briefly (and poorly) that I assumed 'long lens' must be right. I thought it might be of interest, so tweeted it out as a Goosander. On returning home I checked my images critically  - they are clearly of a Merganser. I then found out that a Red-breasted Merganser has been present at Rye for some time. Doh!!
Clifden Nonpareil Moths Scarce Bordered Straw

Gibster said…
That's one truly stunning moth, I think I'd probably fall over if I found one in a moth trap! You must have been absolutely thrilled to bits :)
25 August 2017 at 23:45

Steve Gale said…
I get the impression that they are becoming commoner Seth, establishing themselves in parts and probably more migrants are coming as well. Your turn will come.
26 August 2017 at 11:02