Eight Greenlands and some small saddles 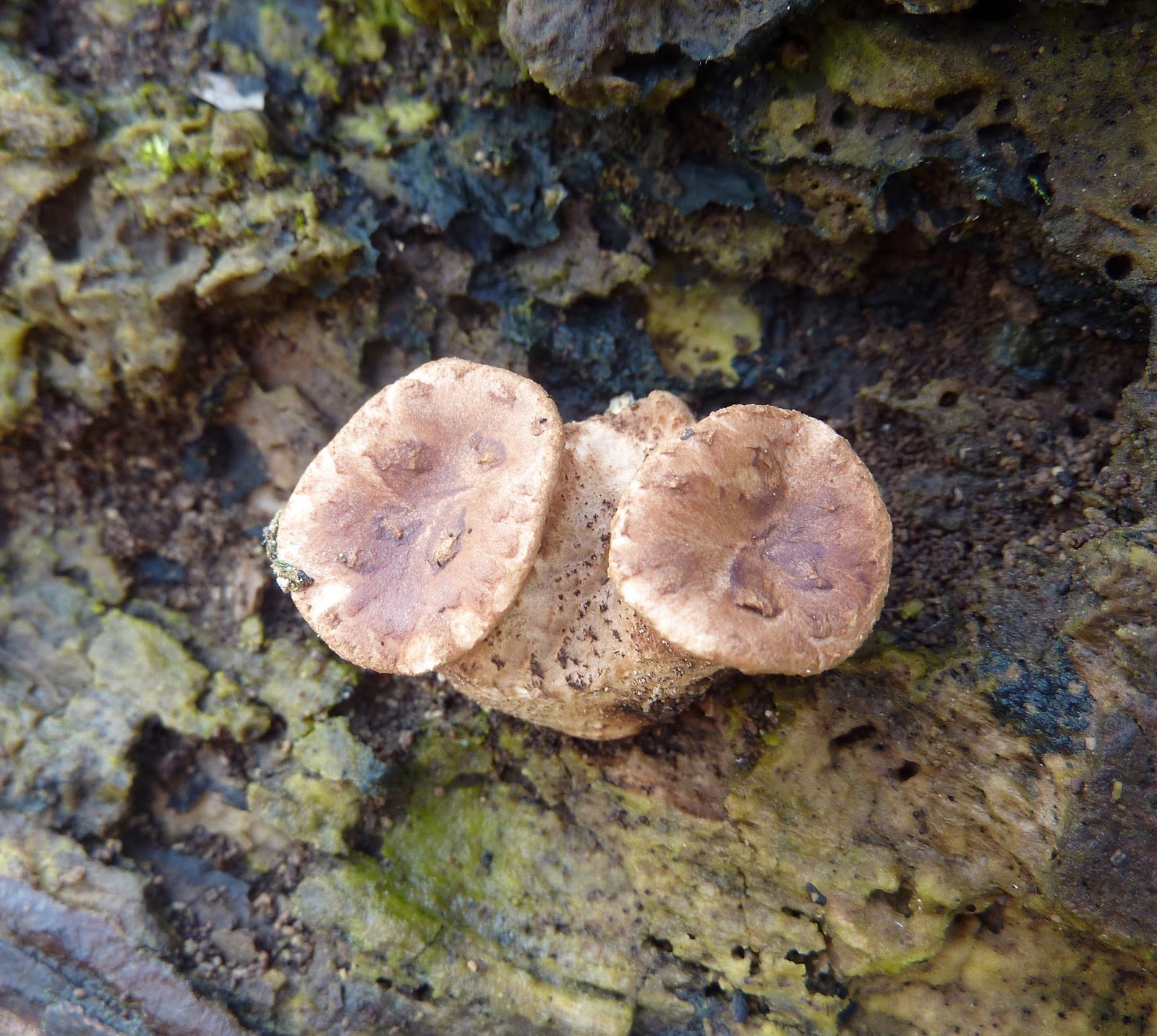 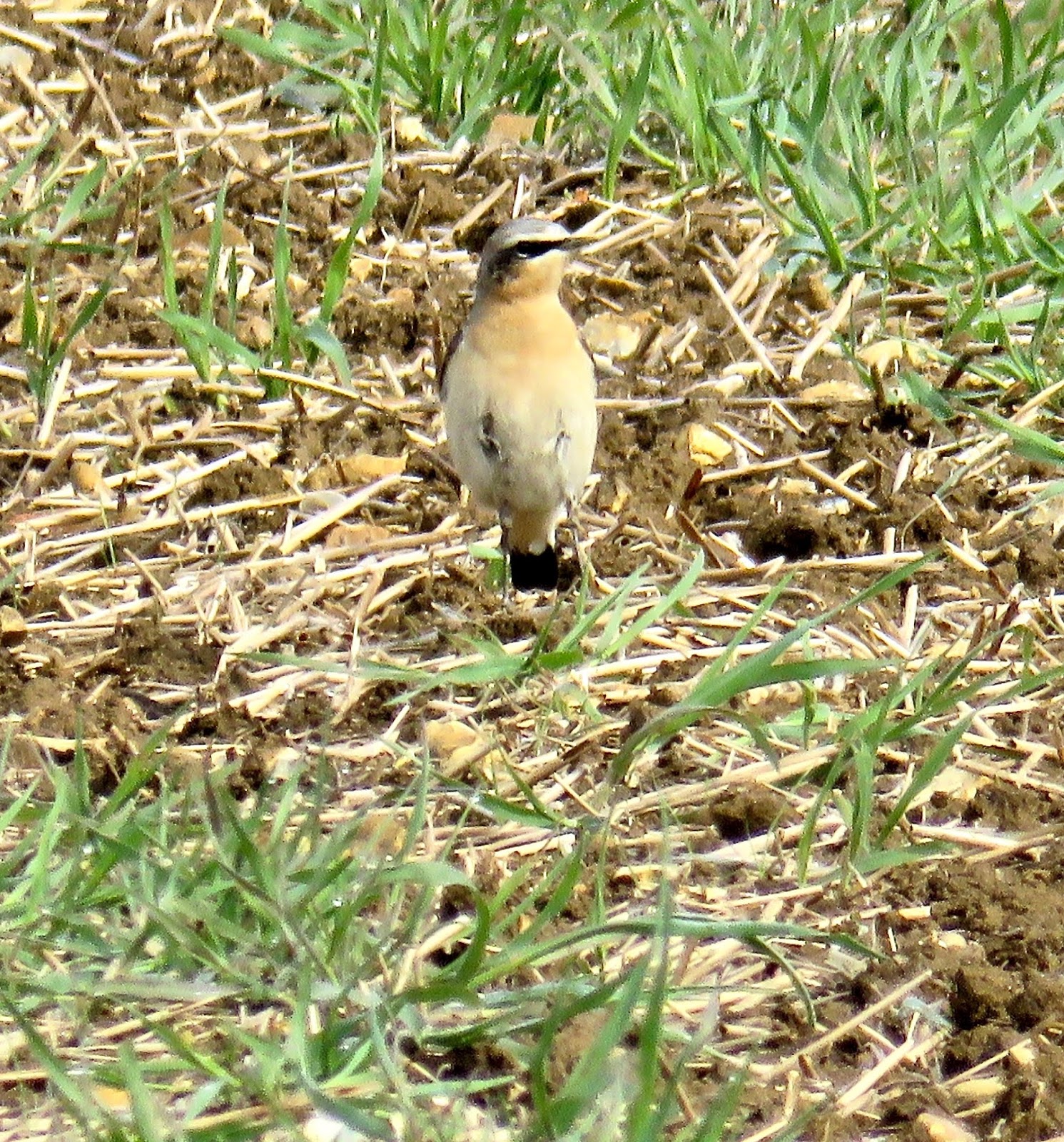 Canons Farm on a still, clear morning. Little was passing overhead and if truth be told the four hours that I spent meandering across the fields and along the hedgerows were hard work - however, I really couldn't complain as there were Wheatears! Eight of them, all big, bold and brassy Greenland-types, and all bar one were males. Two of them spent a bit of time in the bizarrely named In Front George West Field whilst the rest remained faithful to Poultry Field, although all of them were wary and were never close enough to obtain anything other than purely 'record' shots. Apart from a single Grey Wagtail everything else was highly expected and I did leave a little disappointed, although whenever Wheatears are on show you cannot be totally so.

A felled tree trunk that can be found alongside Lunch Wood is home to one of our most impressive species of fungi, Dryad's Saddle. At least three fruiting bodies are showing themselves (top and below) and when it reaches full-size it is something to behold (although they generally get smashed up by bored passers-by at this location). 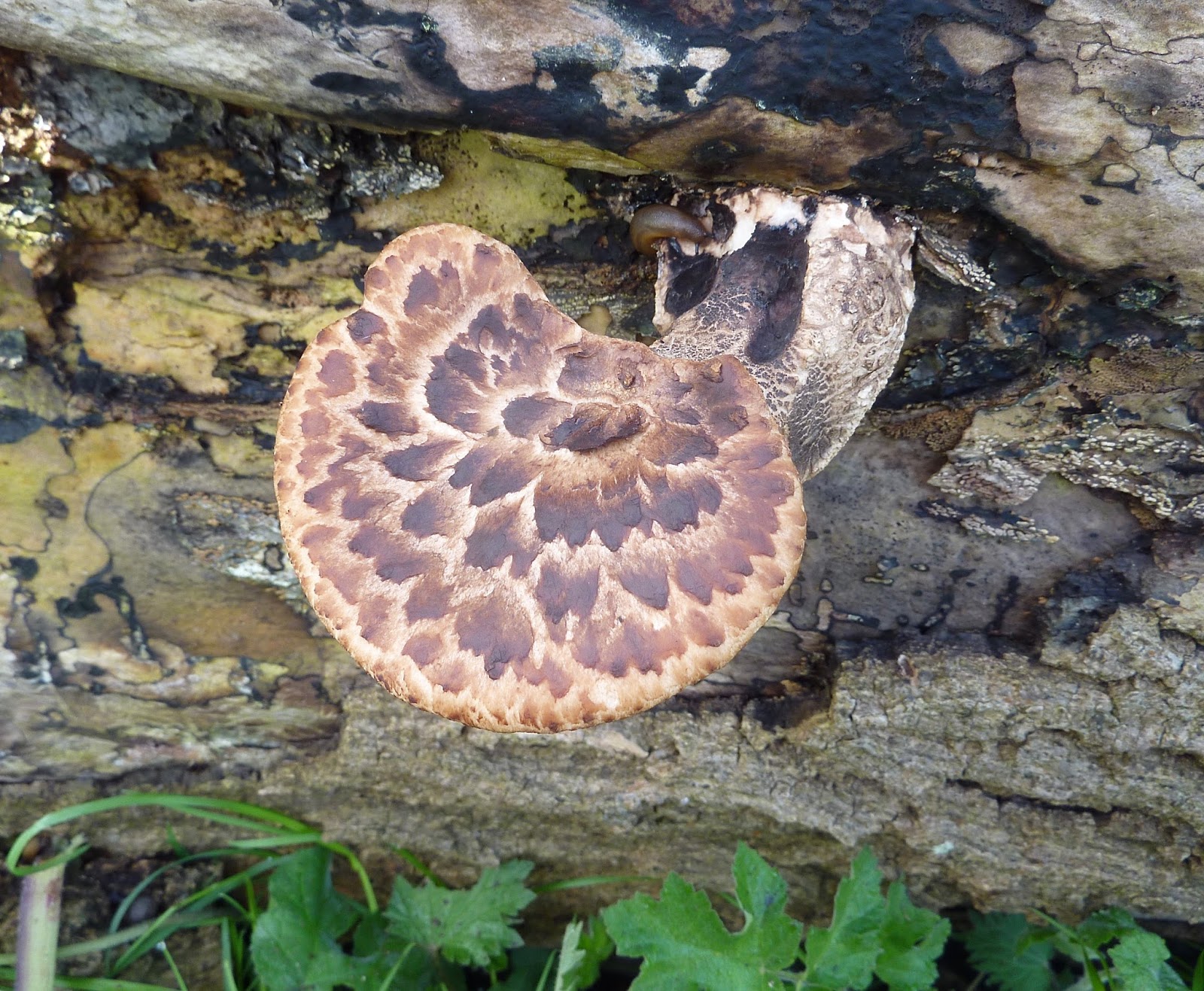