The dying of Summer's light 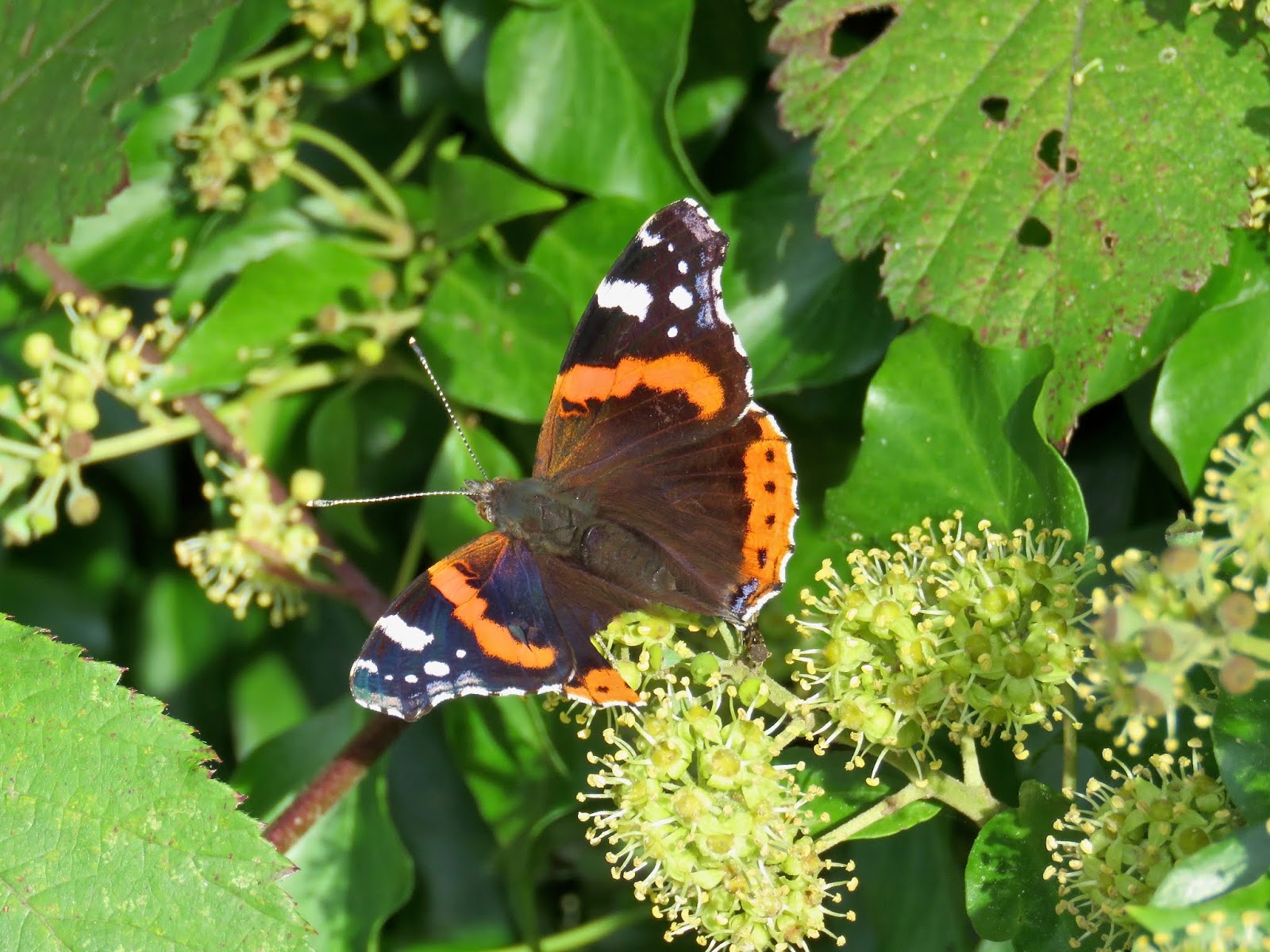 Now that we are into mid-October the need to suck the marrow out of each warm and sunny day becomes all the more urgent for the butterfly watcher. We just do not know how many more times we will see them this year. Some have long gone, their flight period but a dim and distant memory, but others are still on the wing. My 'latest date' for a number of species runs into late October and beyond, and for your entertainment they are:

It is a bittersweet feeling seeing these late, mostly lonely specimens. Many are starting to show wear (such as the Red Admiral above) and they are all a reminder of the 'dying of Summer's light'. A few comments on my list above - I cannot believe that I have not had a later Speckled Wood and I assume that I have but have inadvertently failed to keep a note of it; the habit of birding at Dungeness in late autumn also helps you to see late butterflies; the Monarch is the only one that I have ever seen.
at October 16, 2018

Steve, I always find Speckled Woods interesting, they seem to linger in good numbers until quite late and then disappear. Last weekend my garden had perhaps a dozen flying around and now nothing. It seems to happen each year.

Maybe my latest date really is just that then John. My assumption is based on seeing them in number (like you) late in the year rather than just the odd one.

Finding that last butterfly has to be a lot less stressful and expensive than joining the masses belting down the motorways to Cornwall. I wonder how many "sickies" have taken place the last couple of days, appointments cancelled, promises made to the missus ignored.