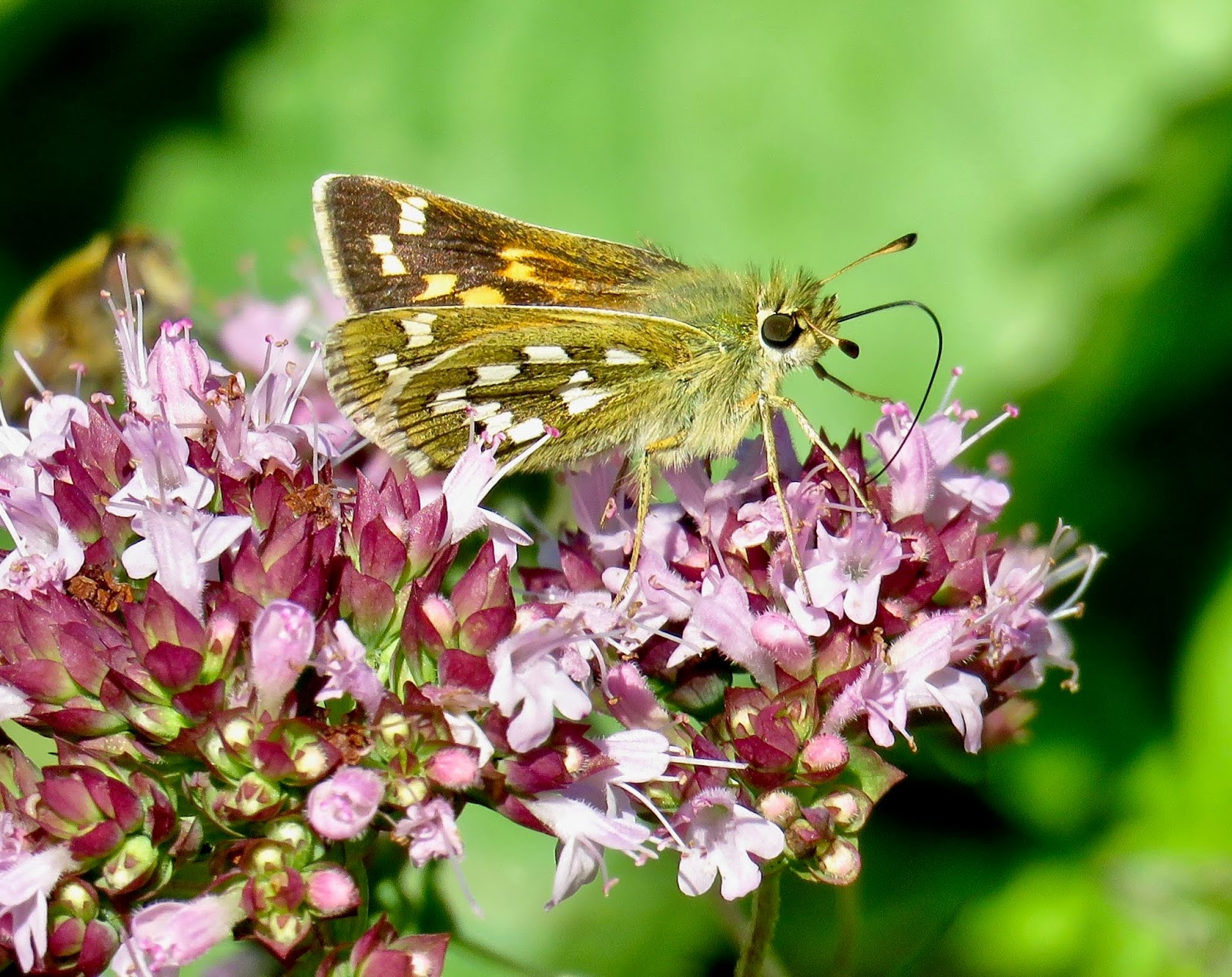 Gordon Hay and myself spent the morning and early afternoon combing the chalky slopes of White Downs and Denbigh's Hillside, collectively known to botanists, birders and butterfly people as Ranmore. We also spent a bit of time on the footpath at the base of this hill range, where there is plenty of Broad-leaved Everlasting-pea, in the forlorn hope of coming across a migrant Long-tailed Blue - there has been an influx of this butterfly into the south-east recently and this plant is a magnet to them. We drew a blank.

What we did not draw a blank on were Silver-spotted Skippers. We had never seen such numbers. The grassy banks and short-sward areas alike were being utilised, with a total of 335+ being reached, 300 of which were on White Downs and the rest on Denbigh's Hillside. We were coming across individuals in strange places - woodland edge, small glades, edges of fields - and it seemed as if we were witnessing a bit of an emergence and dispersal. Most of those we came across were in very good condition. 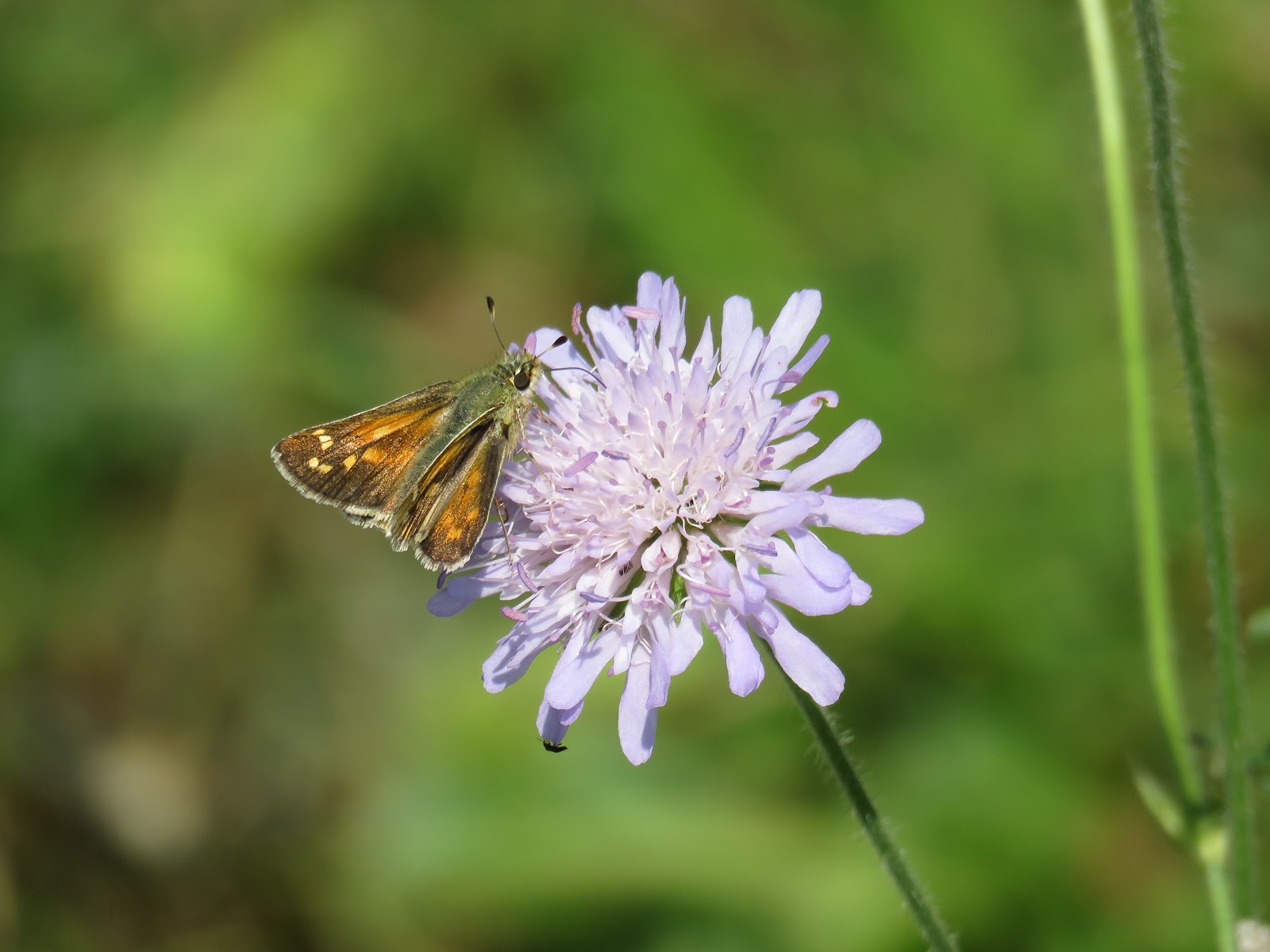 An amazing number of Silver-spotted Skippers there. I was leading a walk there last Saturday when the weather was less ideal with plenty of cloud + a fresh breeze- we only managed 5 of them. Lots of Chalkhill Blue, a single male Adonis Blue, several Brown Argus, 4 Silver-washed Fritillary + a single Lace Border.

We had a Tree Pipit in Steers Field by the car park. There was also a female Yellowhammer feeding 2 juveniles close to us. Also nice to see Hobby + a pair of Ravens.

Plenty of Rufous Grasshoppers + amongst the many flowers Autumn Gentian + Autum Ladies-tresses. Such a great place. Also a smart female Adder.

It was a spectacle! Our Tree Pipit was also in Steer's Field. One of my favourite sites for a good old 'natural history nose-about'.