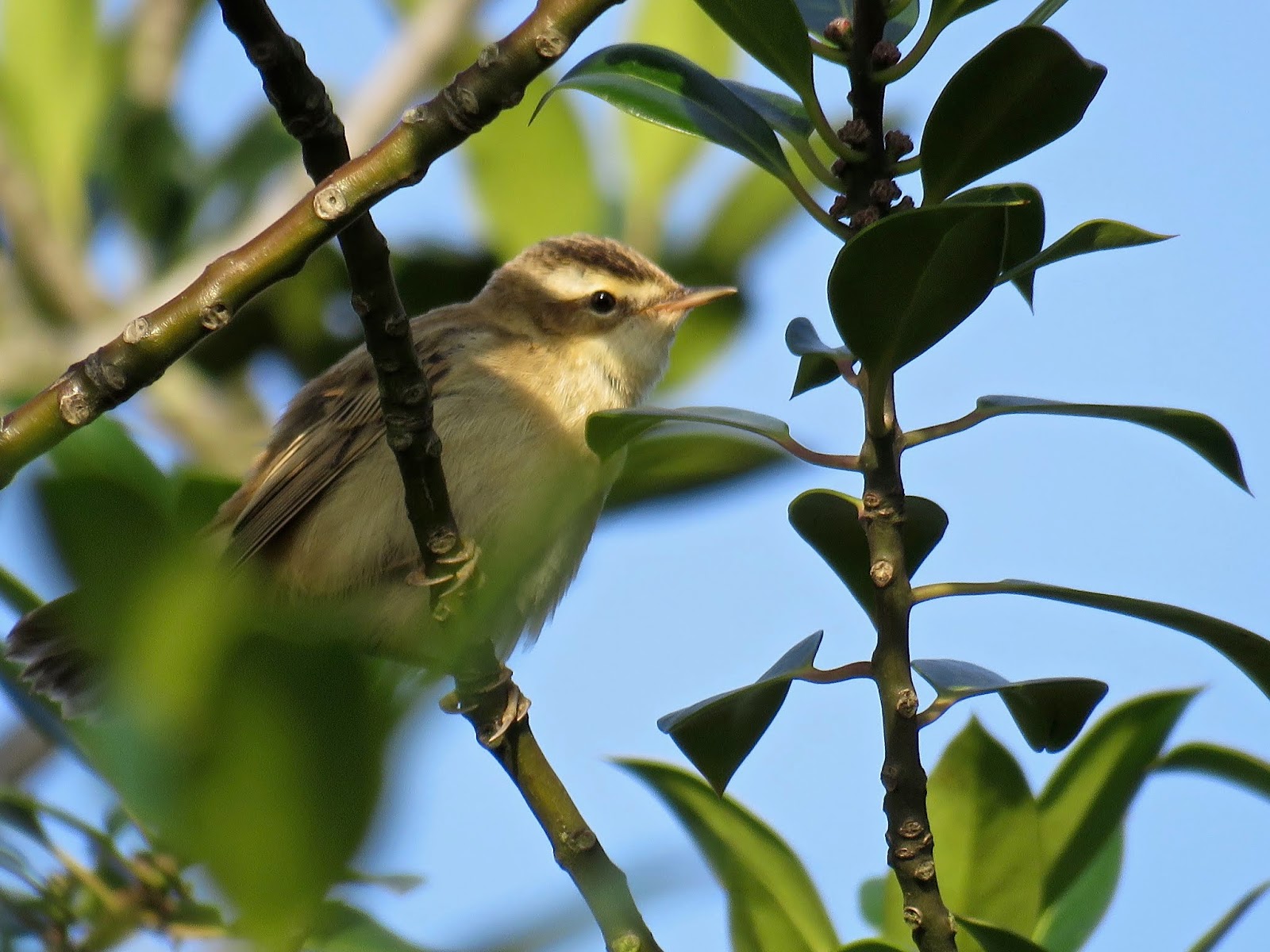 Most birders will have a place that they regularly visit, a place that will usually be fairly local to where they live, and, quite often, there may be several of them. They are fondly referred to as 'patches'. After visiting these places over a few years, the birder will become familiar with what the patch offers and will enter into a contract of benign and pleasurable birding - surprises do not come along that often, so when they do they are highly valued.

This morning at Canons Farm was one big surprise. No rarity was involved, but as is so often the case when birding a patch, species that are common elsewhere can, on the site, take on a much more hallowed status. There is also the question of where birds appear on a patch. Certain species (particularly passage migrants) have a habit of turning up along the same hedgerow, in the same copse or along the same fence line. This morning's experience were of birds cropping up away from such expected sites.

I arrived at the farm by 06.45hrs. There were a few calling warblers in the hedgerows and a brief flyby Hobby, but after an hour all seemed perfectly normal for this particular patch - it was going to be hard work! I then found myself standing here: 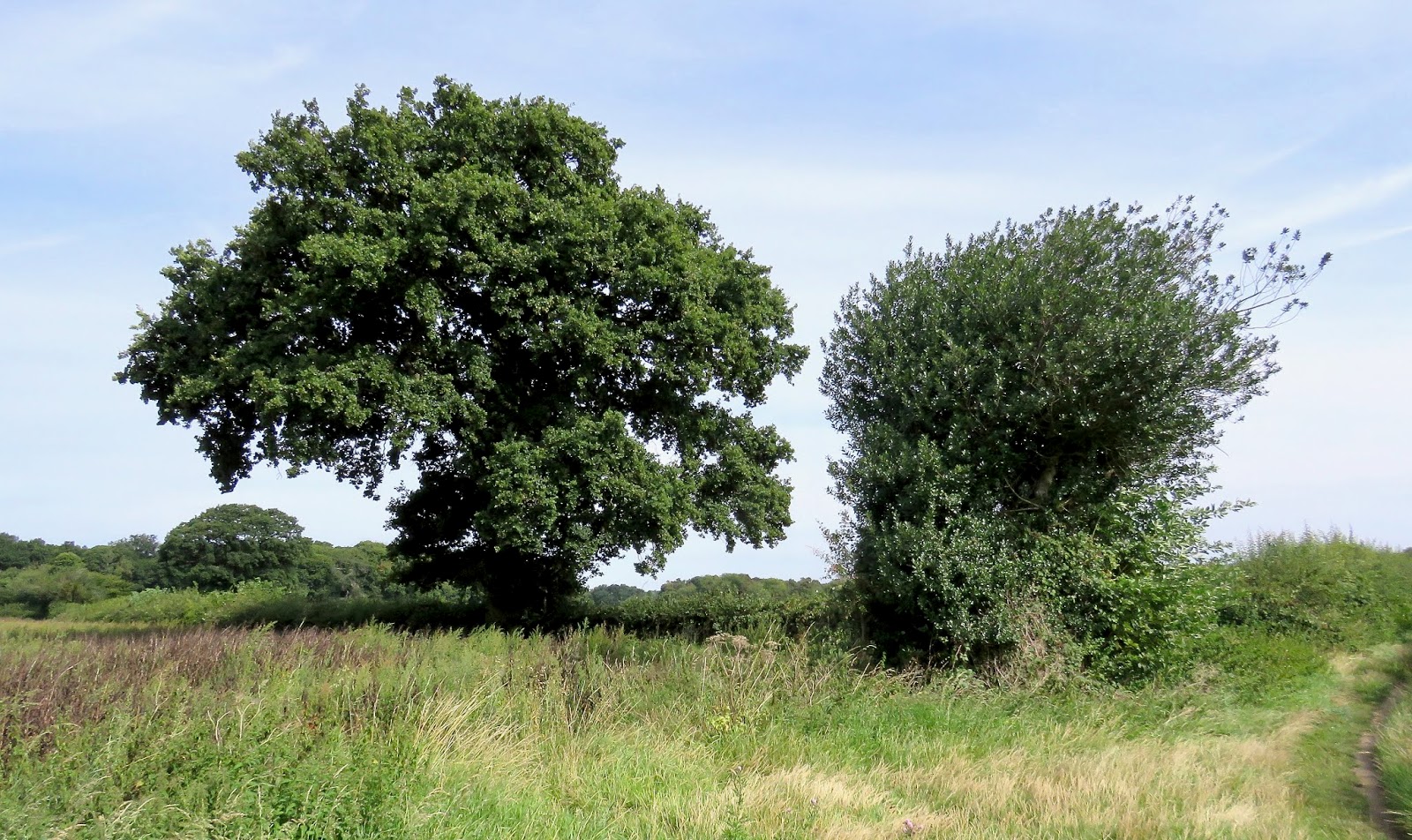 Nothing special. A stand alone Oak tree alongside a mature Holly, joined together by a low hedgerow of mixed species, mainly hazel. The field in front (known as Tart's Field) is unharvested Broad Bean with plenty of Fathen and Redshank. I was aware of a few birds flitting from the trees and hedge into the field, mostly tits but with the odd warbler - I could hear both Chiffchaff and Willow Warbler calling. Worth investigating. Within a few minutes it was obvious that there were more birds present than I had assumed. I stood still for maybe an hour and was treated to a wonderful sixty minutes of birding, with birds constantly on the move in front of me, seemingly staying in this small area to feed. Maybe 75+ individuals were involved, but there could have been many more.

There were three species involved that do not often appear in the Canons Farm birder's notebook: first up was a smart Sedge Warbler (top) that was seen throughout the hour, often perched up in the Holly. This is the fifth CF record. Rarer still was the Reed Warbler that appeared in the Holly just the once (only the fourth record for the farm). The fact that I didn't see it again (and neither the single Garden Warbler) suggests that there was quite a turnover of birds, so my total counts are most probably under-cooked. Blackcaps, Whitethroats, Chiffchaffs and Willow Warblers all flicked, tacked, hooeeted and hovered in front of me, being barged out of the way by the tits, Dunnocks, Chaffinches, Wrens and Robins. It really was quite enjoyable.

And then the buntings turned up. The local Yellowhammers were flying about, calling regularly and alighting in the Oak before dropping into the field. At least six were present and would often perch up in the Holly. When one did so I would take a look. After a dozen such incidents I was therefore surprised when my binoculars focused on a Reed Bunting - just about annual on the farm. I watched it drop down into the Fathen were it was promptly joined by two more! What with the two species of acrocephalus warbler, this was turning into a strange and unexpected morning.

I covered the rest of the farm quickly, which suggested that it was quiet away from the 'oak and holly' hot spot. There were highlights - a flock of four Yellow Wagtails heading south and a group of 10 Common Swifts hawking over the fields. I returned to try and seek out the large feeding flock but, by 11.00hrs, there was no sign. They had moved on, or broken up.

That's patch birding for you. Quiet contemplation that can be interrupted by moments of pleasure. It's all about playing the patience game and accepting it for what it is. Birding in its simplest form, but, if I may be so bold to suggest, its most rewarding. 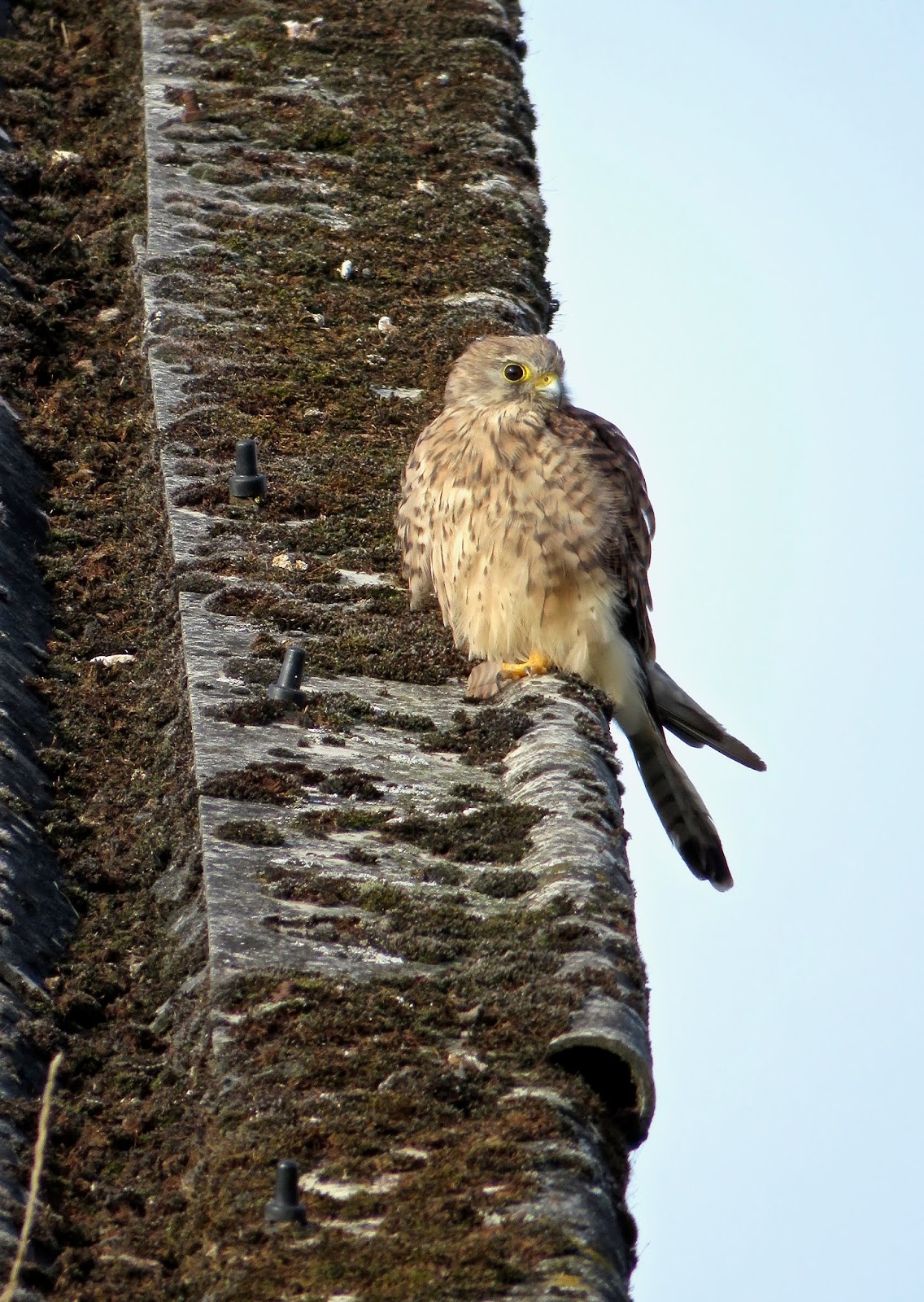