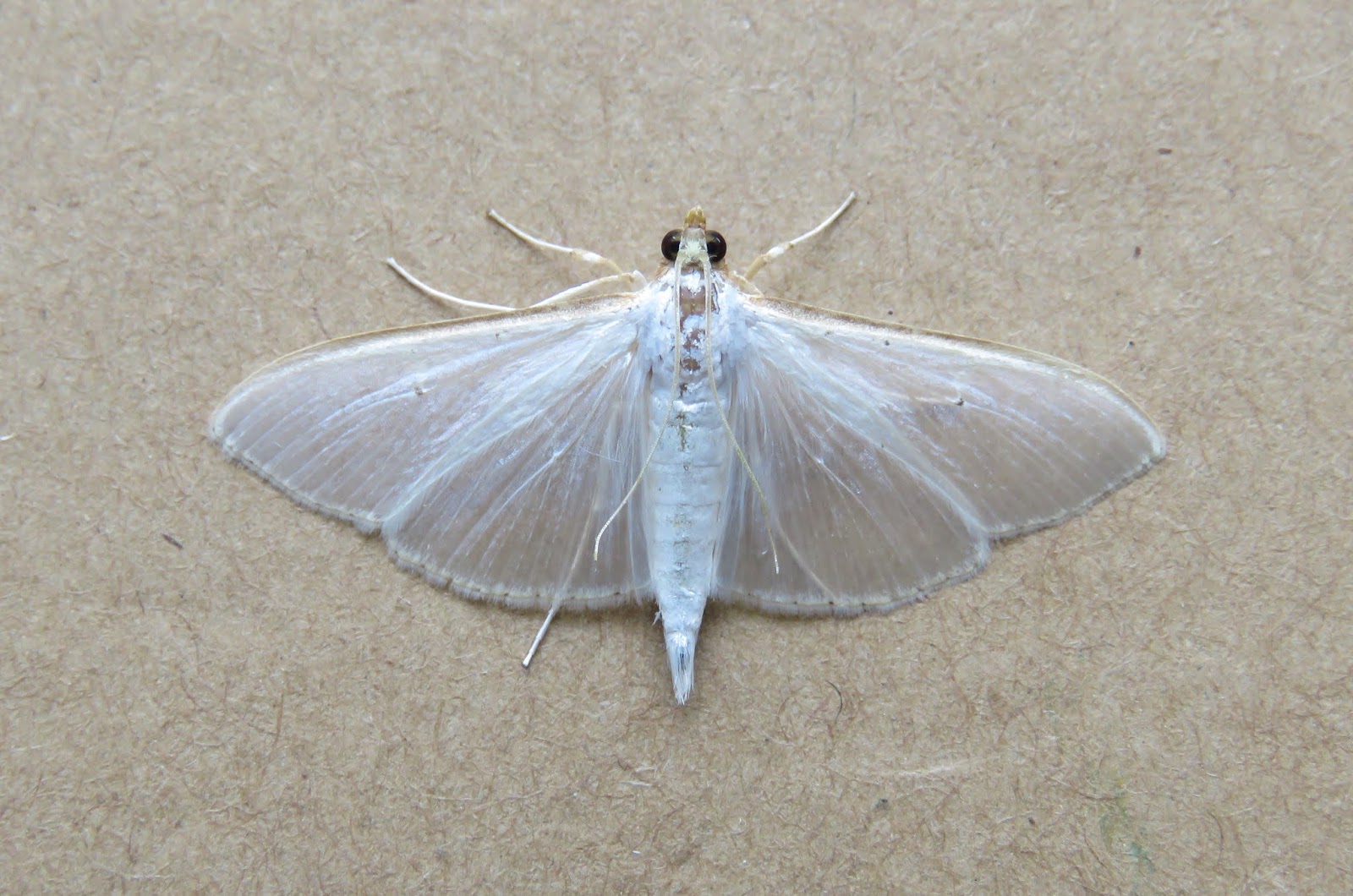 Dawn at Box Hill was characterised by low, misty cloud. I descended through the murk, and walked the tree-lined banks of the River Mole, eastwards as far as the garden centre bridge. There were pockets of birds to work through, best being a mixed tit and Chiffchaff flock that also held a couple of Spotted Flycatchers. Two Crossbill moved eastwards and up to four Kingfishers were noisily obvious. By 08.00hrs it started to rain in earnest and by the time I returned to the hill top I was very wet indeed.

Back home a check of the moth trap revealed two of the migrant pyralid Palpita vitrealis (pictured). My first for the site was only last week.
at August 19, 2020