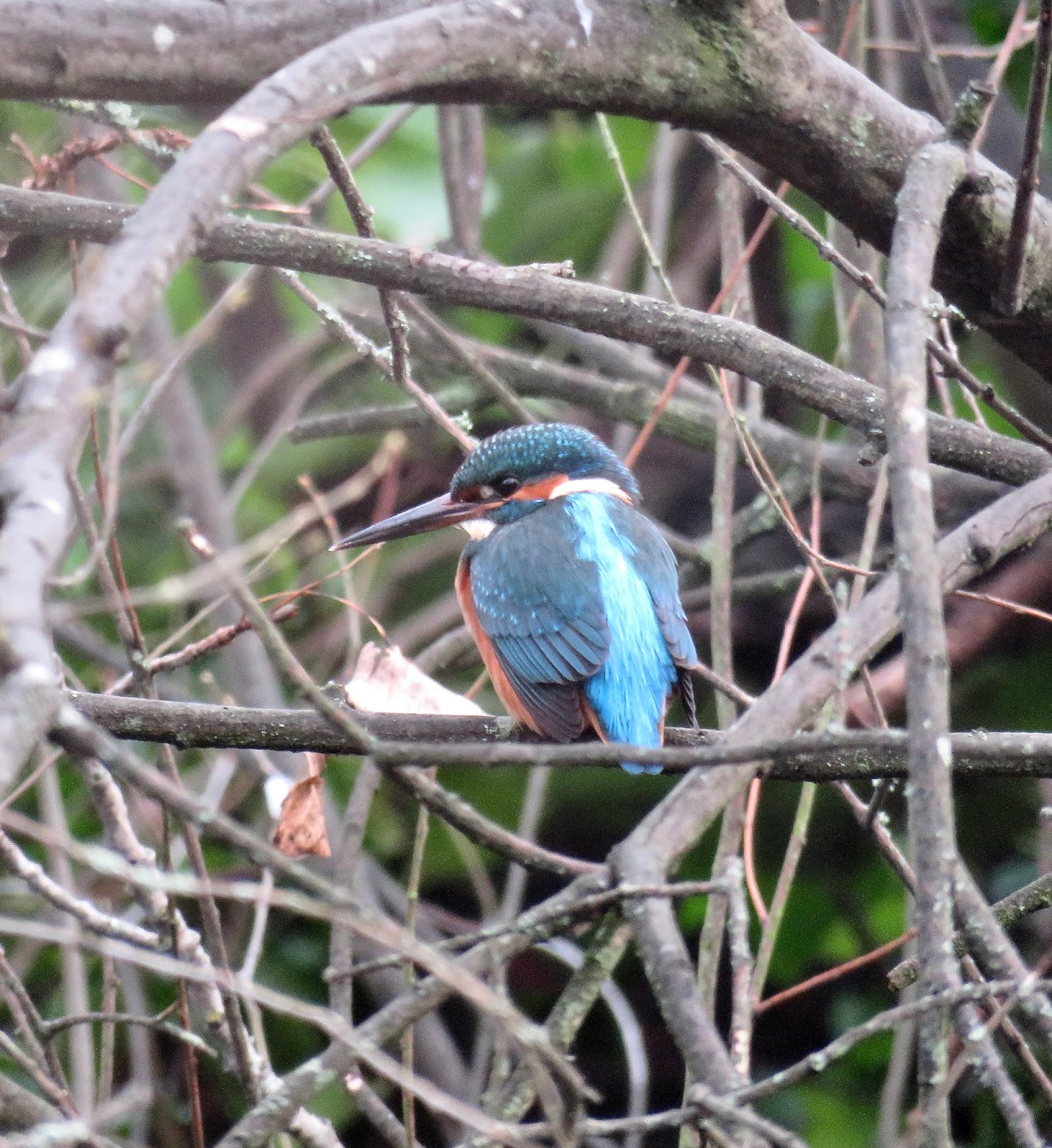 A morning walk from home, to Ewell and back, via Priest Hill. The birds were largely forgettable, save for a show-off Kingfisher (close to the mill along the River Hogsmill). Priest Hill provided a most unusual gathering - three birders! I have seen Steve Thomas there on several occasions (along with his better-half Alison), but this morning we were joined by Shaun Ferguson, who has just moved into the area. We chatted for a few minutes at a safe distance and tried to bouy each other up with confident declarations of the good birding yet to be had on our doorsteps. Enthusiasm or delusion? We will see.

My plans to spend more time this year at both Beddington and Holmethorpe are now having to be put on the back burner, as both are a good 7-9 miles from home and beyond a comfortable walk. Canons Farm, Epsom Downs and the Ewell sites are going to have to take over the role as the places to bird - all easily reached on foot and all with a modest, but at times noteworthy, birding pedigree. I will also start to skywatch the first hour of the day from the garden. By the time we get to March then the Common Buzzard and Red Kite passage will be starting, and as last year's first lockdown proved, this raptor phenomenon is of a daily occurrence, as long as the weather is not dire. There will also be a bit of thrush and finch movement, plus who can forget those wonderful nights filled with wildfowl and wader calls! Same again please. I have a feeling in my bones that we will be confined to barracks until at least the end of that month. If so, as can be seen, all is not lost.