We will remember them 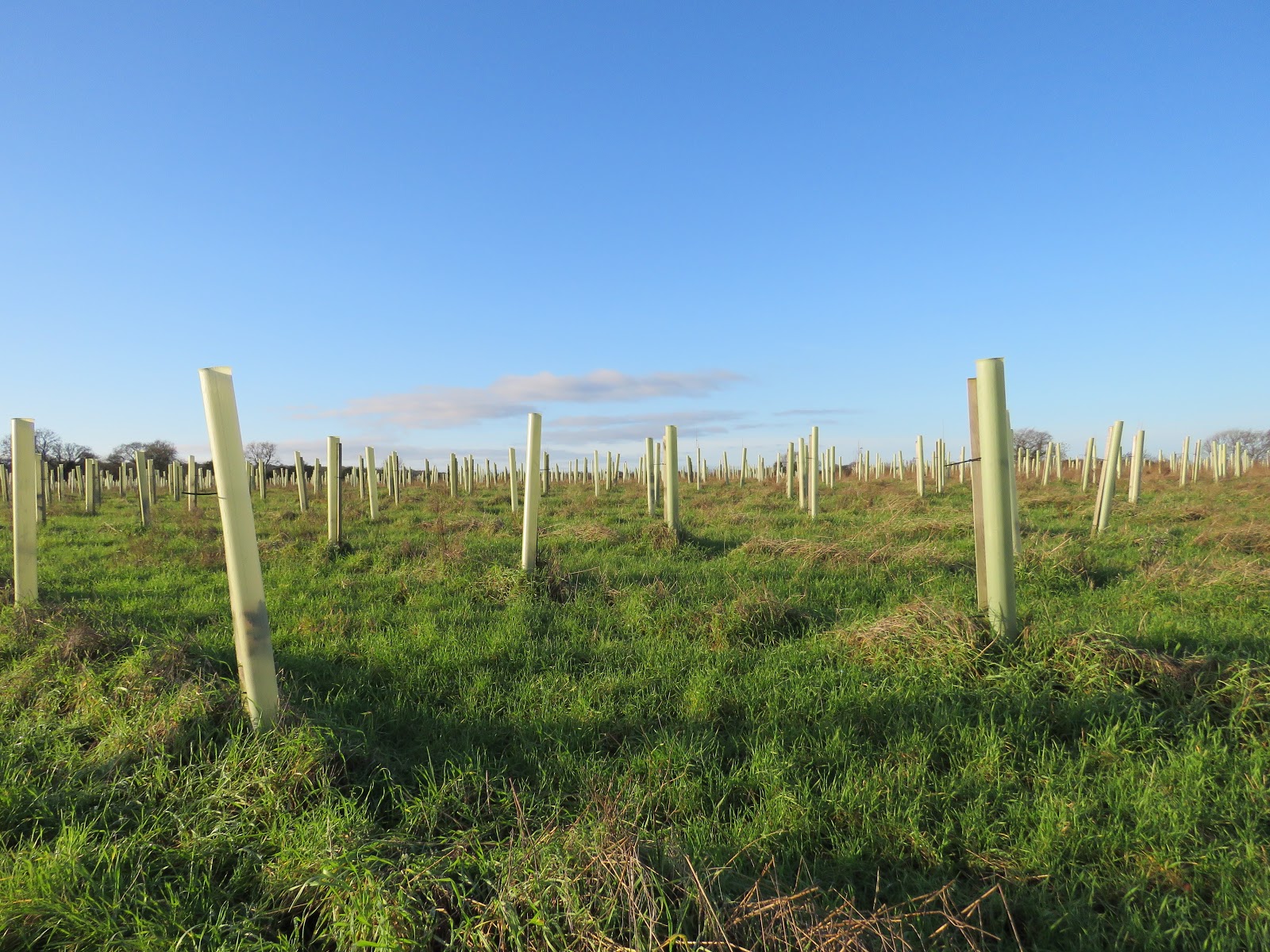 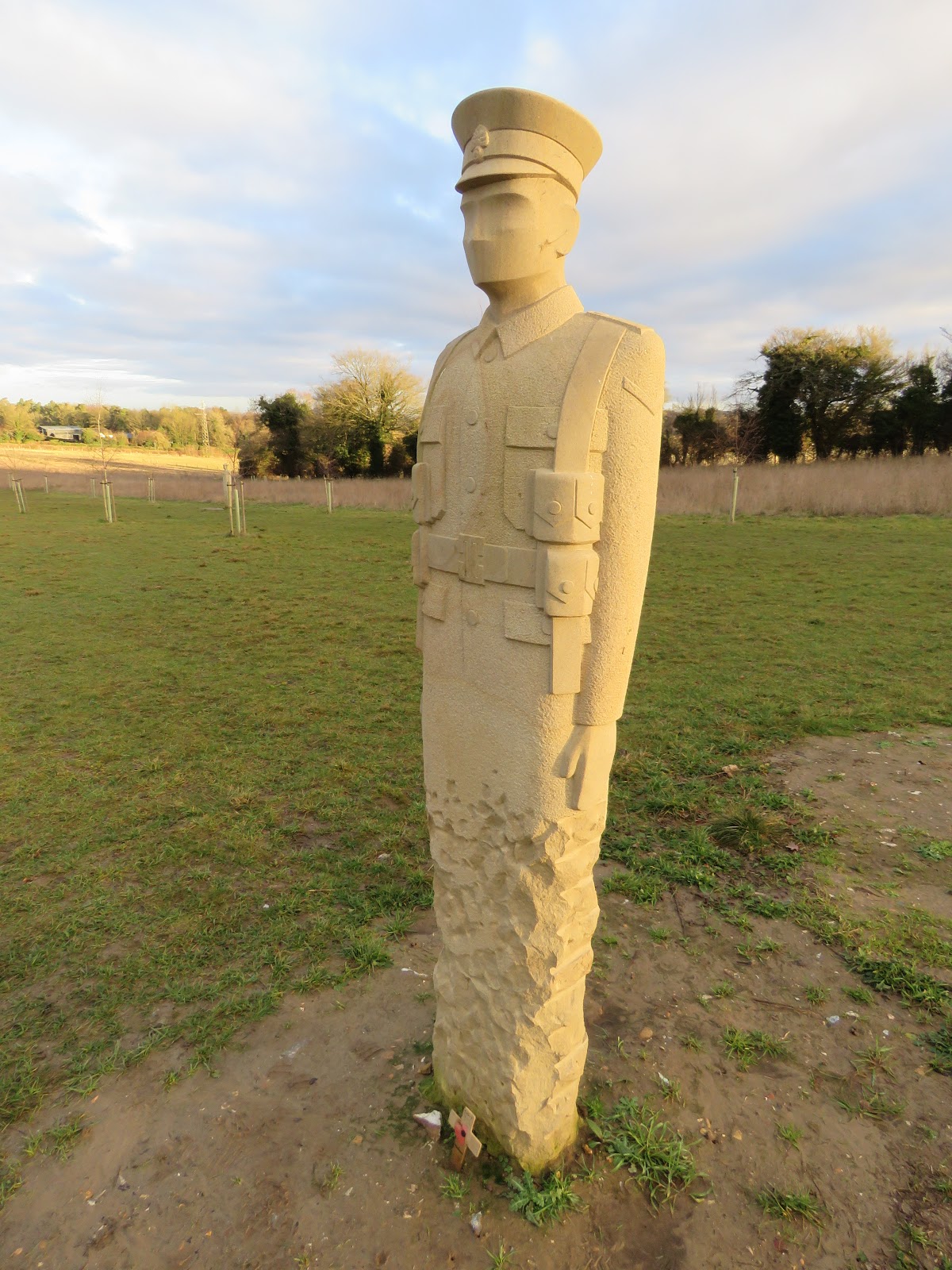 When the Woodland Trust purchased Langley Bottom Farm several years ago, it most probably saved this corner of the Surrey downs from becoming yet another golf course or, worse still, a housing estate. The farmland of the north downs has always struggled to provide well, with the dry chalky soil riddled with flints and it does not carry much value. Langley Bottom Farm had been cared for sympathetically, with a good arable flora and set-aside strips and game cover present that catered for a small shoot. Lapwings still bred on three fields and a good population of Skylarks were present all year round. Small copses had been left alone, and much of the hedgerow was deep and ancient.
Needless to say, when the Woodland Trust revealed their plans for the farm, and of their intention to plant it with trees to create a commemorative wood, the local naturalists were concerned. After several meetings with interested parties a compromise was agreed. Open fields would be left for the Lapwings, and areas identified as botanically rich would be maintained. After five years these measures have allowed for a relatively successful outcome for both waders and plants. As for the WT planting, that has more or less been completed. The wood is one of several around the country that commemorates the centenary of the end of the Great War in 1918. Today I spent some time at the highest point of the farm where 12 stone statues have been erected, marking General Kitchener’s visit to the army encampment that was situated here during the conflict. He visited in January 1915, and the statues represent the civilian and military personnel who were paraded that day.
The woodland is still in its sapling and plastic guard phase, lines of trees marked out in rows, falling away across the undulating land, echoing the lines of war graves that lie silent across the English Channel. I had spent a while looking at the respectful work that has been carried out, admiring the stones, decorated benches and sculptures that dot the hills. My disappointment of a poor morning’s birding was put firmly in perspective. I sat in the weak winter sun and thought of the hundreds of thousands of poor souls that had been wrenched from their quiet, normal lives to be sent to an early death. And here was I, having been blessed with a full life, morose because there weren’t many birds to count. I told myself off. 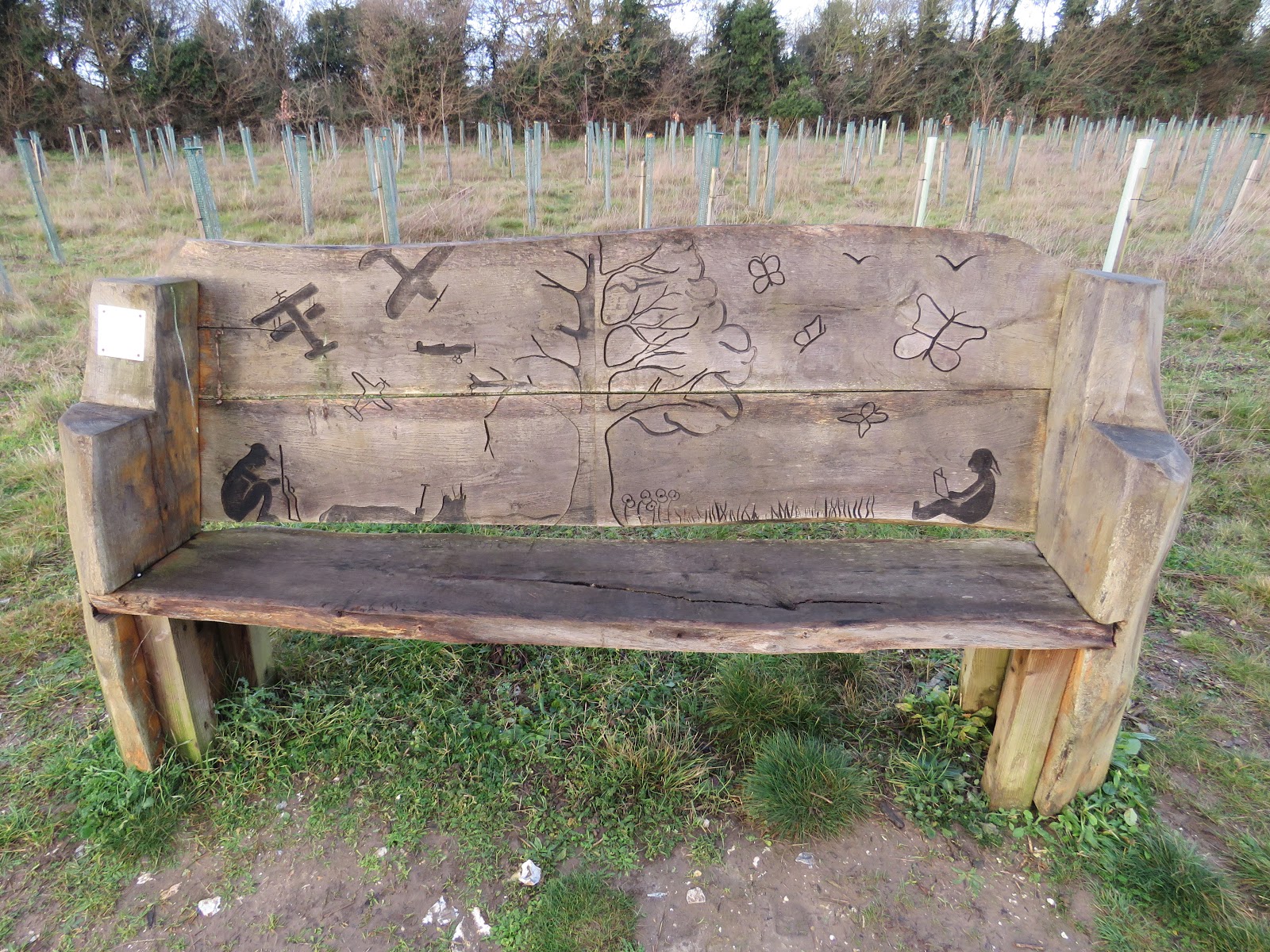 My mind was snapped back into 2021 when I walked along one of my favourite ‘weedy strips’ that contour the grassy, southern side of Epsom Downs racecourse. These strips are slightly raised and boast a handful of small trees as well. Any walk along their considerable length will kick up a lark, pipit or chat. This morning two new Stonechats were present, a pair, both un-ringed. The male was a confiding bird, and as any regular visitor to this blog will know, I cannot resist photographing a Stonechat! The ringed male was also seen, lurking along the fence-line by the sheep. 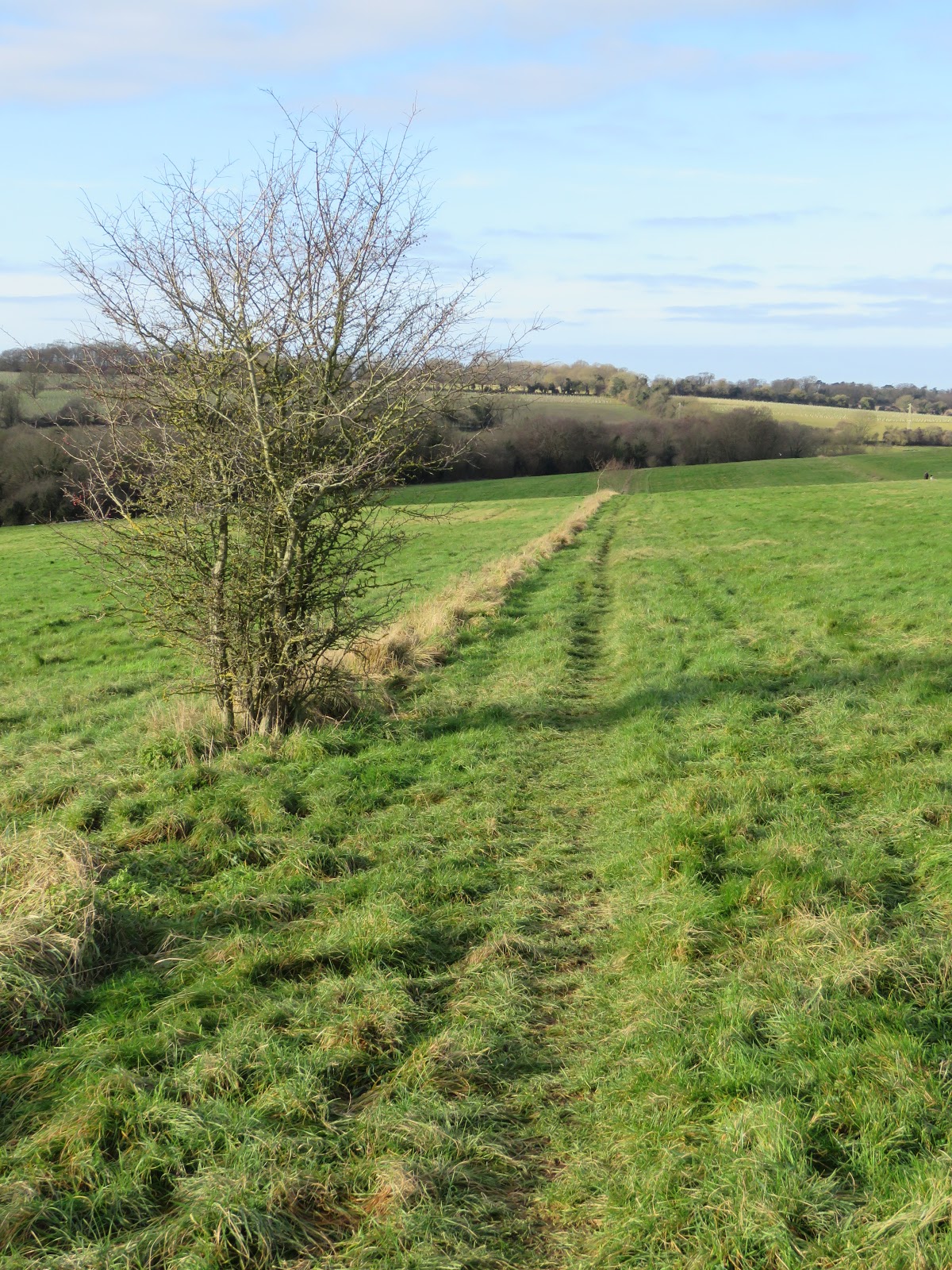 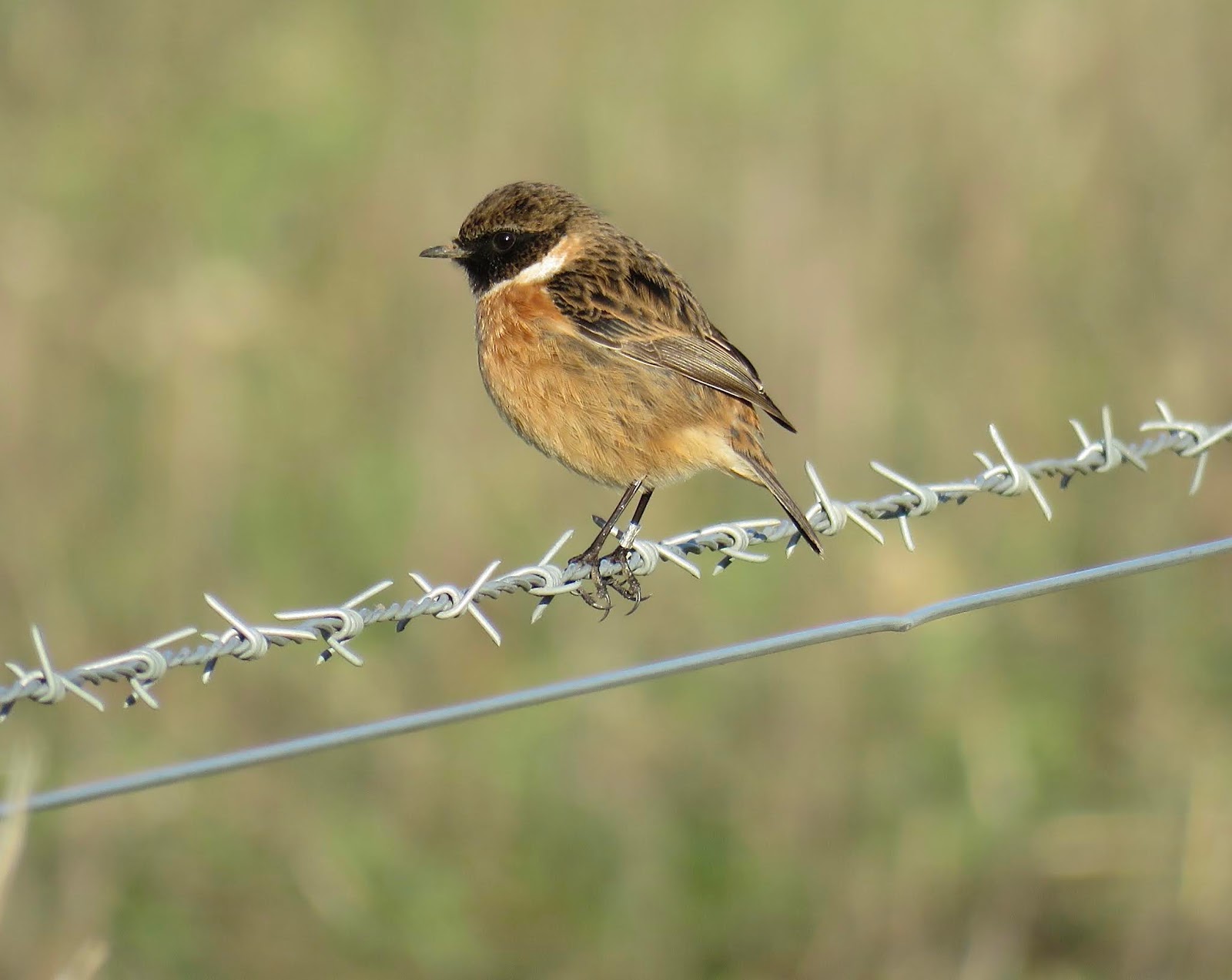 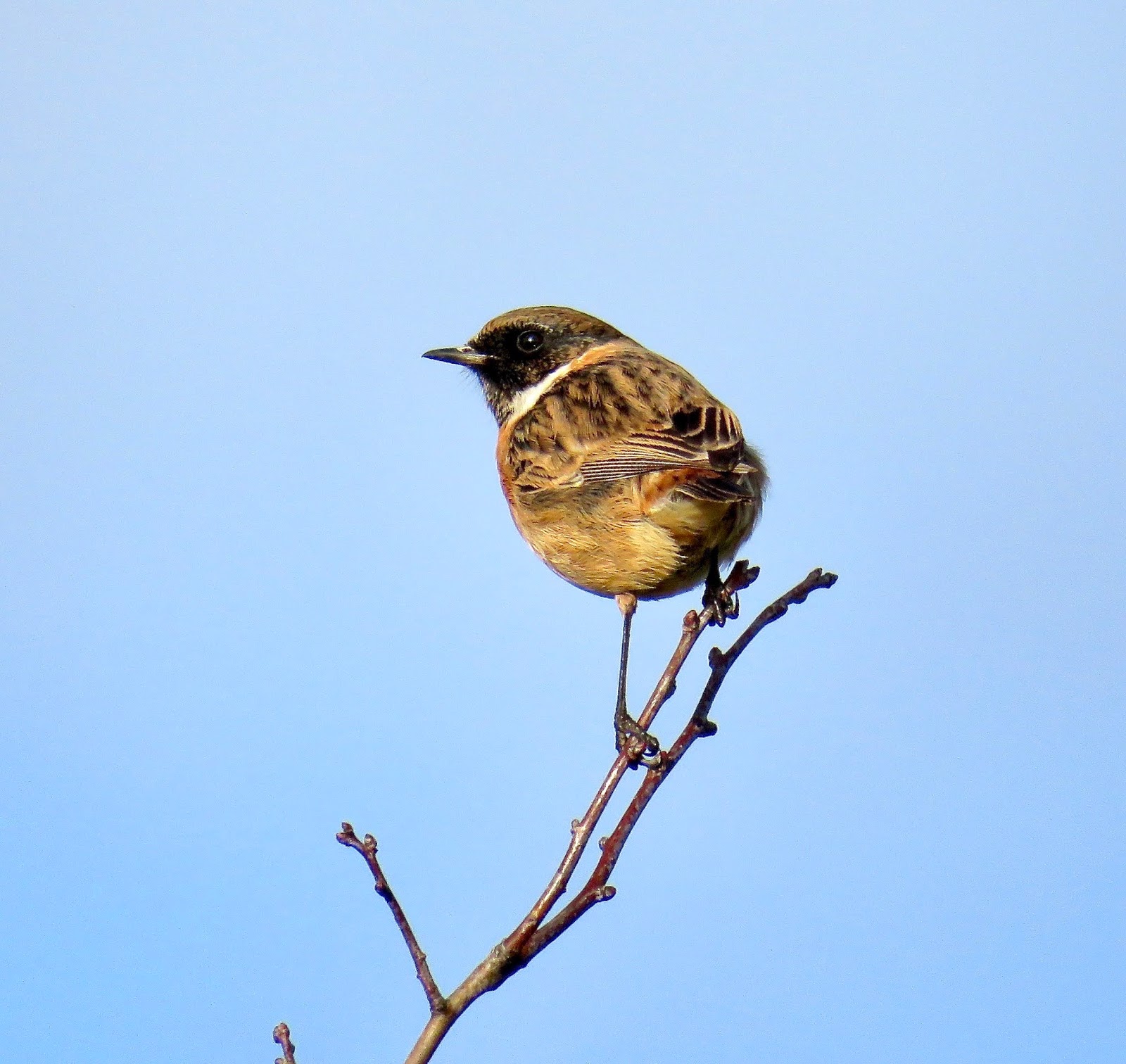 Derek Faulkner said…
A good post, good to see the site turning into a pretty much, win-win situation. I also enjoyed the honest reflection brought about by all those people that never came back.
18 January 2021 at 14:43