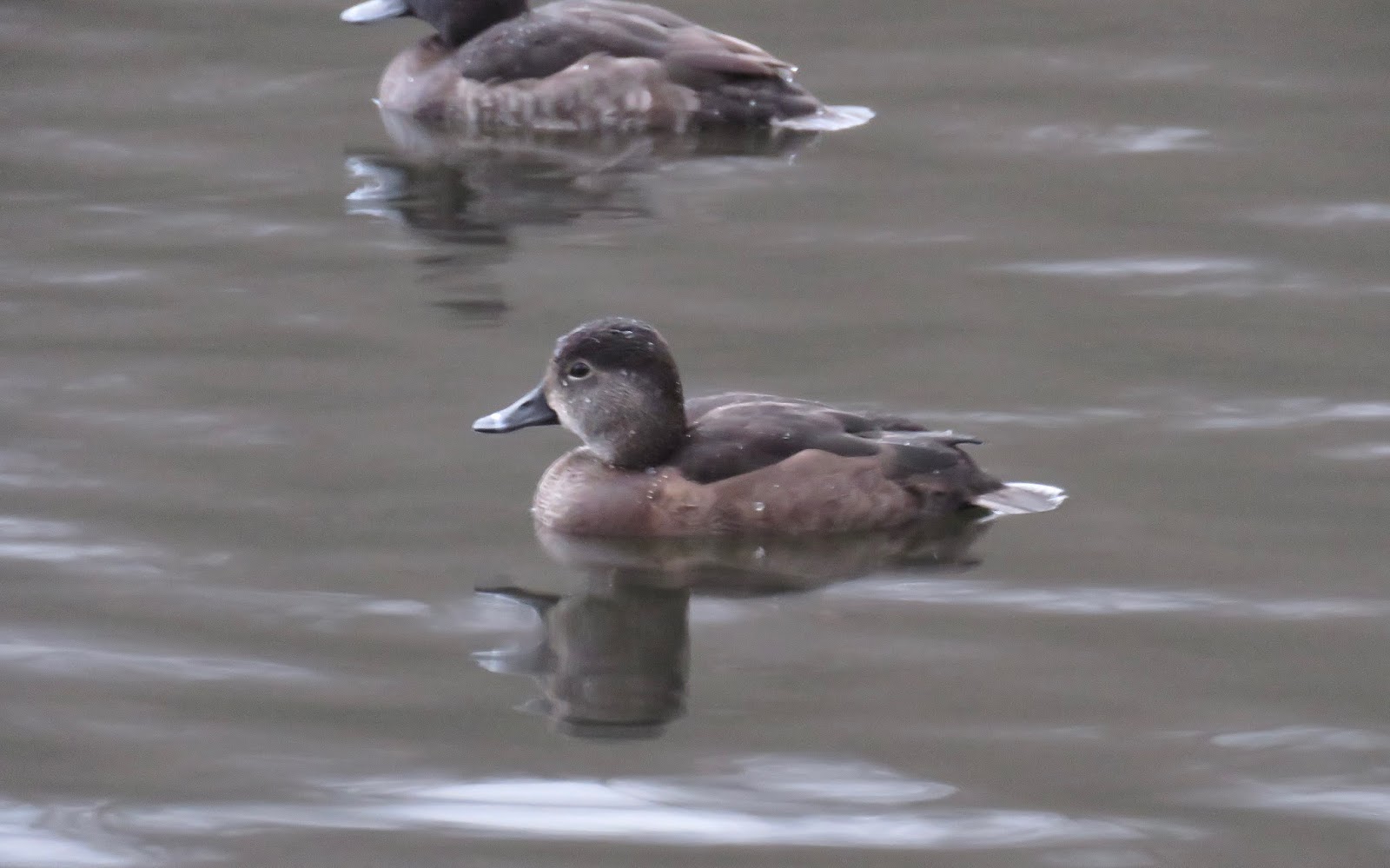 New Year's Day dawned grey, foggy and eerily quiet in Banstead. The silence was finally broken by a singing Robin, once again this species claiming the coveted 'first bird of the year' award. My birding endeavours were modest, partly in response to the COVID situation and my not wanting to share space with others, so no coast, no hides and no rarity. With this in mind I had devised a circular rambling walk along some of the lesser-known footpaths to be found in the Reigate - Betchworth area. There was some method involved, as the walk took in the sites of two species that are not a staple diet of Uber-patch birding.

Priory Park, Reigate boasts a small lake that, later on in the day, would be the scene of family gatherings, with toddlers riding Christmas bikes and scooters, prams and push-chairs being pushed, dogs yapping and frazzled parents parenting. One of my targets, the 'wintering' Ring-necked Duck, was still present on New Year's Eve, and was delighted to find it still present. I needed this to be a quick in-out job. The light was abysmal. The duck, however, was not, and had decided to attend a small Tufted Duck gathering just feet away from me as I watched from the bank. The bridge camera, as good as it can be in certain situations, does not perform well in low light - the focussing ability is compromised, as my resulting image above testifies. I did not want to stay long, and exited by the footpath along a stream that takes you through to Reigate Heath, then, via open farmland, to Betchworth.

Target species number two were the White-fronted Geese that have now been present for a month, feeding on the open flood plain fields by the River Mole. I had the place to myself, so set up the scope and watched them for an hour. 48 were counted several times, an increase of three on recent counts. What with a calling Little Owl as accompaniment the day was going along quite well. Crossing the A25 and entering the footpaths that run parallel with the North Downs scarp, things became very muddy indeed, my wearing of Wellington boots being the wisest choice that I'd made so far in 2021. The birdlife was poor, and apart from 300+ Redwings there was little to get excited about. Throughout my walk I did not see, or hear, a single lark, pipit, bunting or Linnet. This part of Surrey is very hit and miss. You plough on ahead because it can produce the goods, it's just that it normally does not. A dusk stop at Holmethorpe provided highlights of Barn Owl, Green Sandpiper and Gordon Hay.

So, here we are. Another year. Let's hope that it isn't as dystopian as the last.