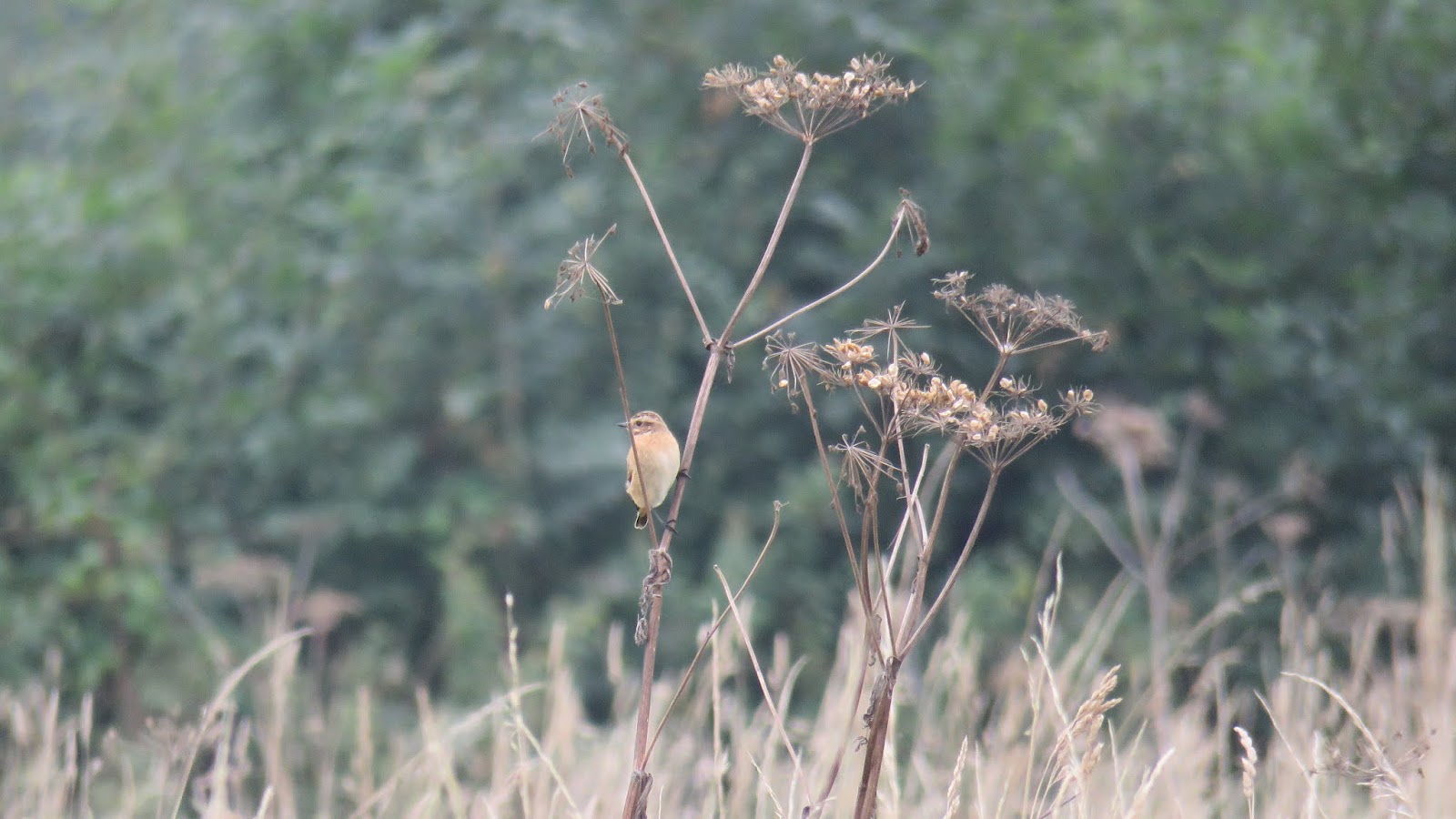 Let's cut to the chase - locally, the birding has been poor. I'm not moaning - OK, I am a bit - but for all of the hours spent out in the field, the rewards have been slow and few. I've already alluded to a dearth of birds, with hardly any warbler, finch or tit flocks. There have been times when, after 10-15 minutes, I realise I haven't seen or heard a passerine. Really.

Luchtime today found me at Canons Farm. I was getting into that all-to familiar state, of wondering where all the birds had gone, of starting to despair with how things were turning out - I was on the verge of writing my own blues song, something along the lines of 'The lonesome Canons Farm birding lament', when up popped a Whinchat. Ah, something, at least something. Then another. Now three. Five. I scanned back and forth across the field of long grass and dead hogweed. Each time another Whinchat was on show. They were mobile, all keeping to the same field, but frequently dropping down out of sight. The most I could count in one sweep was eight. There could have been more.

The composition of the blues song was momentarily forgotten, postponed for the time being. Bouyed, I went back to check on a freshly harvested field (complete with bales of straw), which, when passed earlier, had nothing on show. And now? Two Wheatears! Yes, that song could wait.

I left it there. The farmer was harvesting, the shooters were killing Woodpigeons, the dogs being walked were barking and I felt like going somewhere quieter.