Wikipedia succinctly states that "Mogador is a hamlet at the edge of Banstead Heath, about 1 km from the top of the north-facing dip-slope of the North Downs. At an elevation of about 200 metres it is one of the highest settlements in south-east England." As for the purposes of bird recording, the area that I consider to be Mogador begins much closer to the top of the dip-slope, starting with an area of horse paddocks and copses. No doubt the height (relative I know) of the ground must be of some asset to what turns up here. It is very good for chats, much better than the nearby North Downs scarp slope at Colley Hill, which is directly south of Mogador. Colley Hill looks as though it should be a great site to bird, but the hours that I have put in over the years have been scantily rewarded - I have had much more success at Mogador. Birds on the move appear to be more easily and regularly seen at Mogador than Colley Hill, and it has taken me some time to accept that the more dramatic scarp slope is not as good as the dip slope to bird.

The birding history of Mogador is a short and sweet one. It appears not to have been birded (at least on a regular basis) before, as there is little mention of the place in published bird reports. I cannot remember a time when I heard of something being found there, but I most probably do disservice to some quiet birder who keeps to themselves and religiously scours the area. Both Banstead and Walton Heath (adjacent on the western flank) have been well covered since the early 20th Century, and Colley itself on and off in recent years. I stumbled across Mogador when wandering off-piste - as I am prone to do - several years ago. It just looked interesting. My time spent there is erratic, and I might visit three times in a week and then not go back for several months.

Below is a series of images taken this morning, which should illustrate the series of habitats present: rank grassland (which is prone to become waterlogged); arable farmland (both with crop and in stubble); and the many lightly vegetated hedgerows which run along the field margins. The open nature of the vegetation allows a certain confidence in being able to see what is present, with discrete lines of hedge and fence happy places to scan for birds. 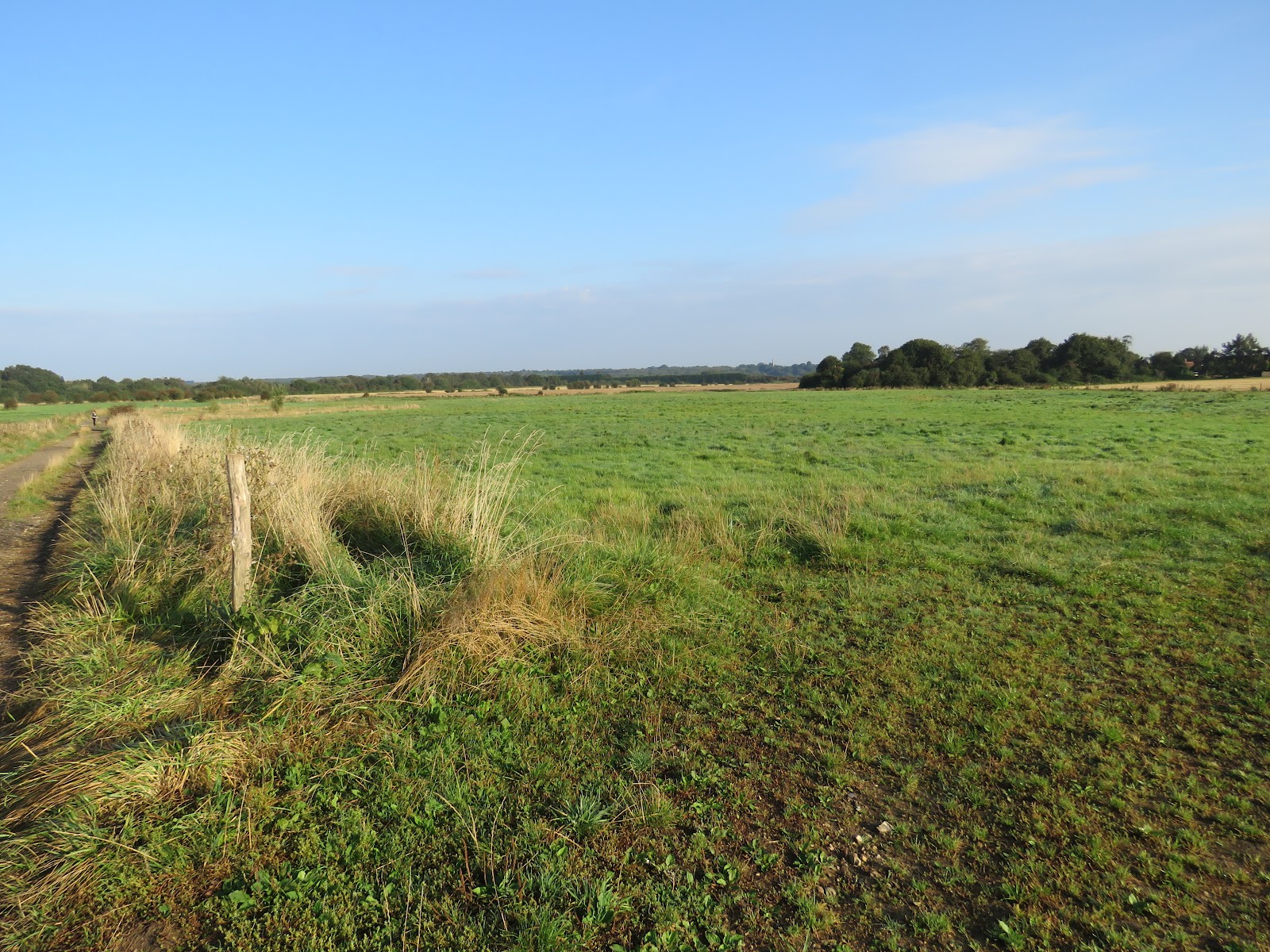 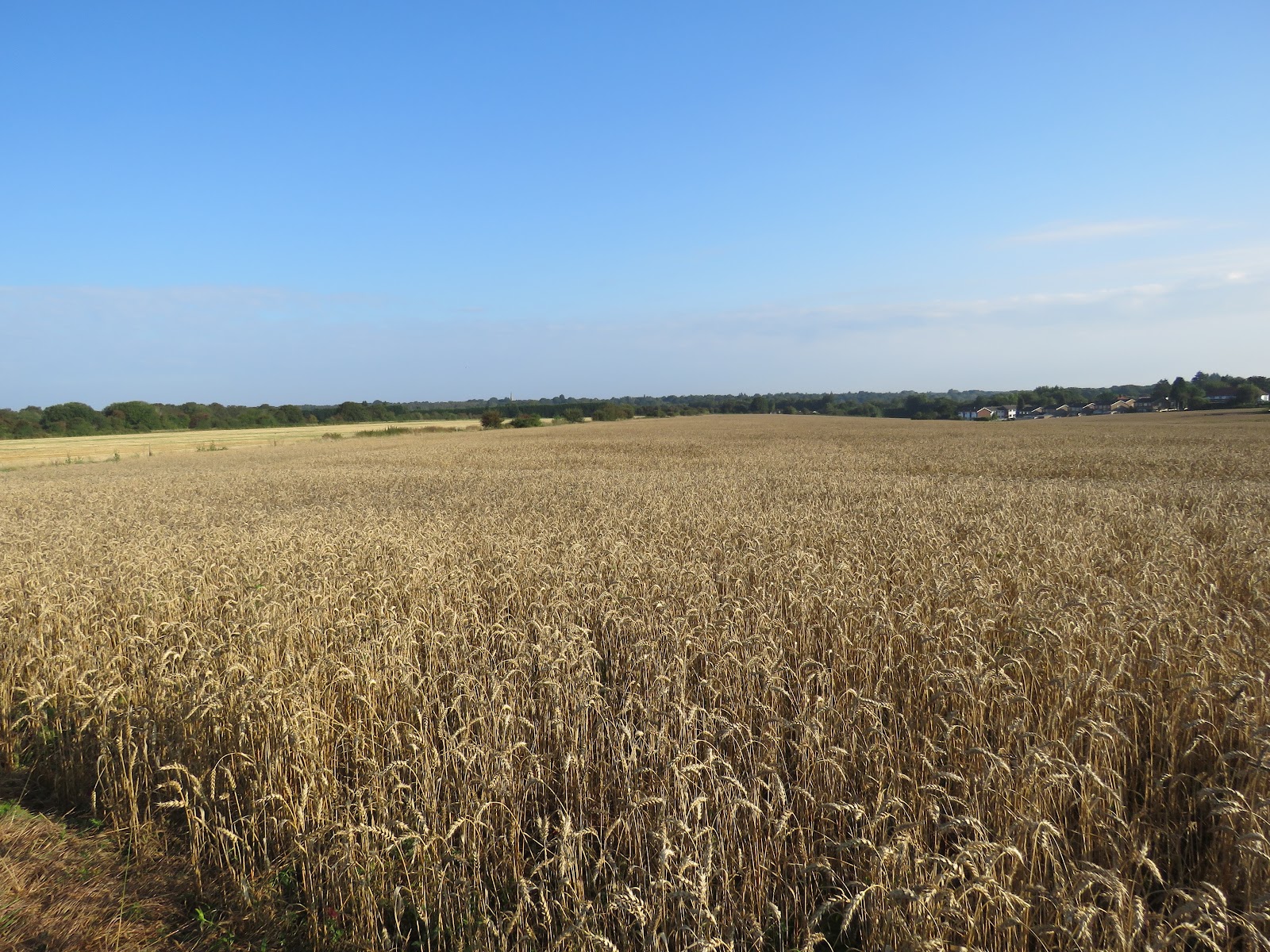 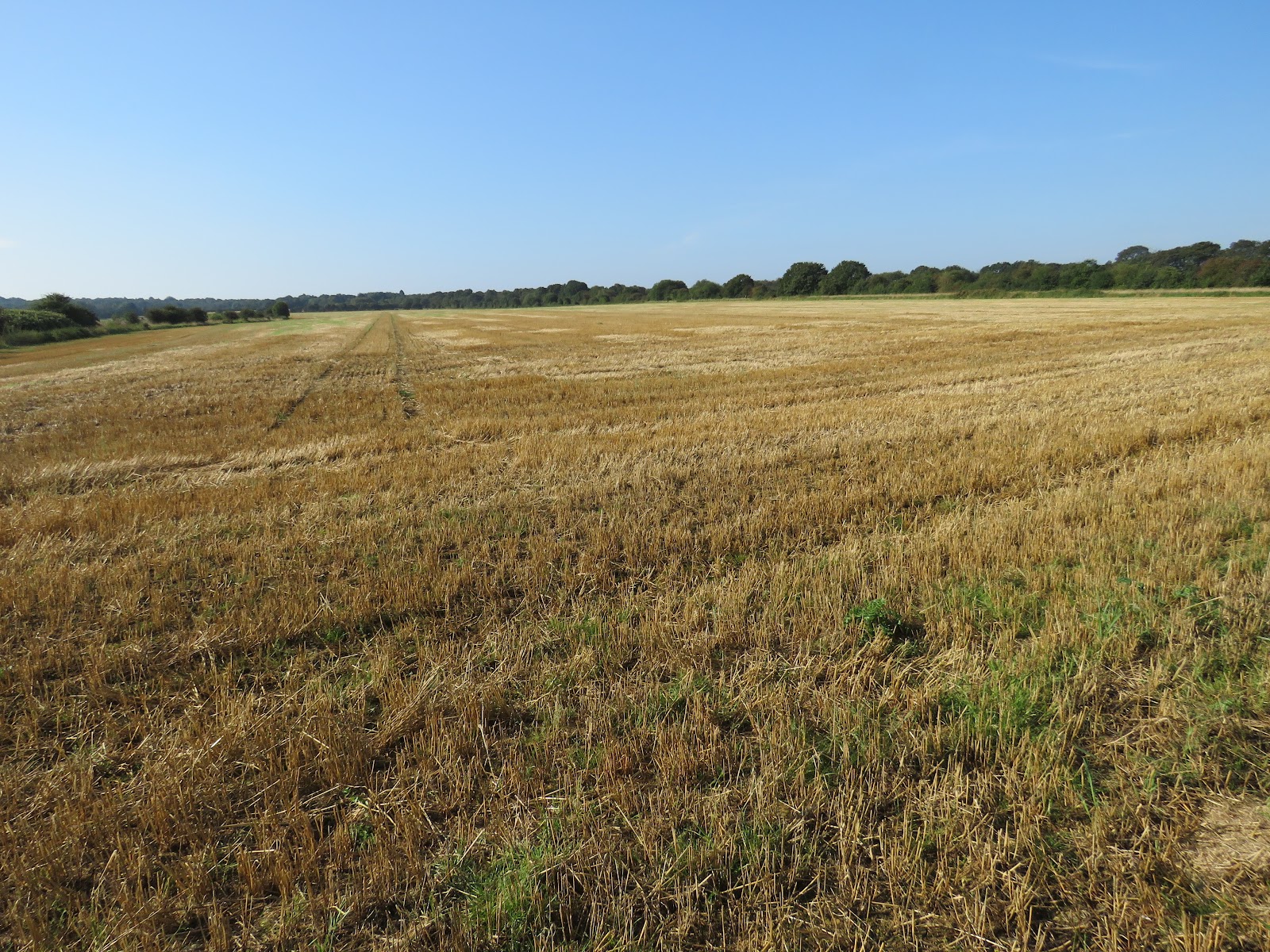 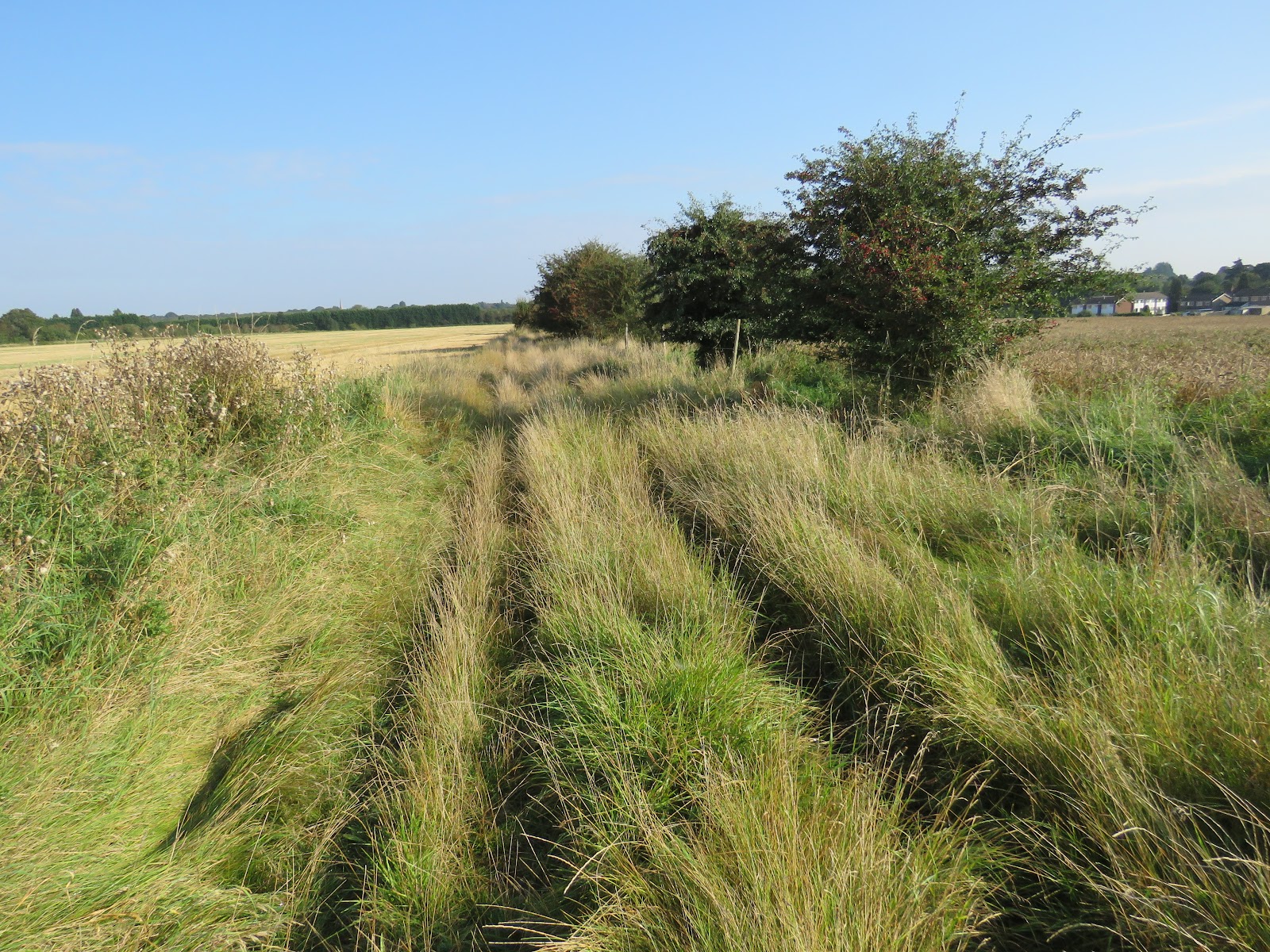 What should be at once obvious is the BIG SKY, a feature that invigorates me when out and about. Great for watching the local raptors (good numbers of Common Buzzards, Red Kites and, in season, Hobbys, plus any overhead migration).  The stubble fields hold good numbers of larks and pipits in autumn and winter; large thrush numbers can be found across the site between October - March; the hedgerows are the haunt of migrant warblers and the resident Yellowhammers; the rank grassland holds passage chats and, when wet, even the odd Snipe. There is still a good population of House Sparrows here, with up to 100+ not unusual, many flocking together out in the open, haunting one of the many small groups of Hawthorn bushes. I daydream of Merlin, Short-eared Owl and Lapland Bunting, all which would not look out of place here. They are all possible, with just a little bit of time and effort. As I said to Gordon the other day, "if you could walk these paths for an hour every morning, the rewards would quickly come..."