Yesterday I was walking back home from Epsom Town centre when I passed a gateway - a gateway that I have walked on by over the years - and noticed that the substantial field on the other side was being cut, the grass neatly piled and baled. My birding brain kicked in with "I bet there will be a Wheatear or two on top of those bales before the day is out" and I found myself back on site later that evening - no Wheatear, but at least six Common Buzzards were gathered, no doubt taking advantage of the recently cut grass to forage for food.

I returned early this afternoon, and, joy of joys, two Wheatears were on show, along with seven Common Buzzards and a Red Kite. And there was more, for I went back two hours later and the Wheatears had been joined by three Whinchats! Now, this field is largely unbirdable, with private housing, a railway station and a mature Hawthorn hedgerow keeping observations down to the previously mentioned gateway - or so I thought. I have found a couple of gaps that allow decent views, and it seems as if the local dog-walkers discreetly use the edges, so maybe access isn't quite verboten. This field is only a seven-minute stroll from home, and becomes yet another micro-site worth checking. But maybe best of all is that it allows excellent visibility, ideal for vis-migging - plus - it is on a couple of proven fly lines.

The coming weeks will put this to the test, but I'm already happy with the chat show that this field has provided. I have named it 'Epsom Downs Station field' and by rights it is on the north-westerly lower flank of Epsom Downs. 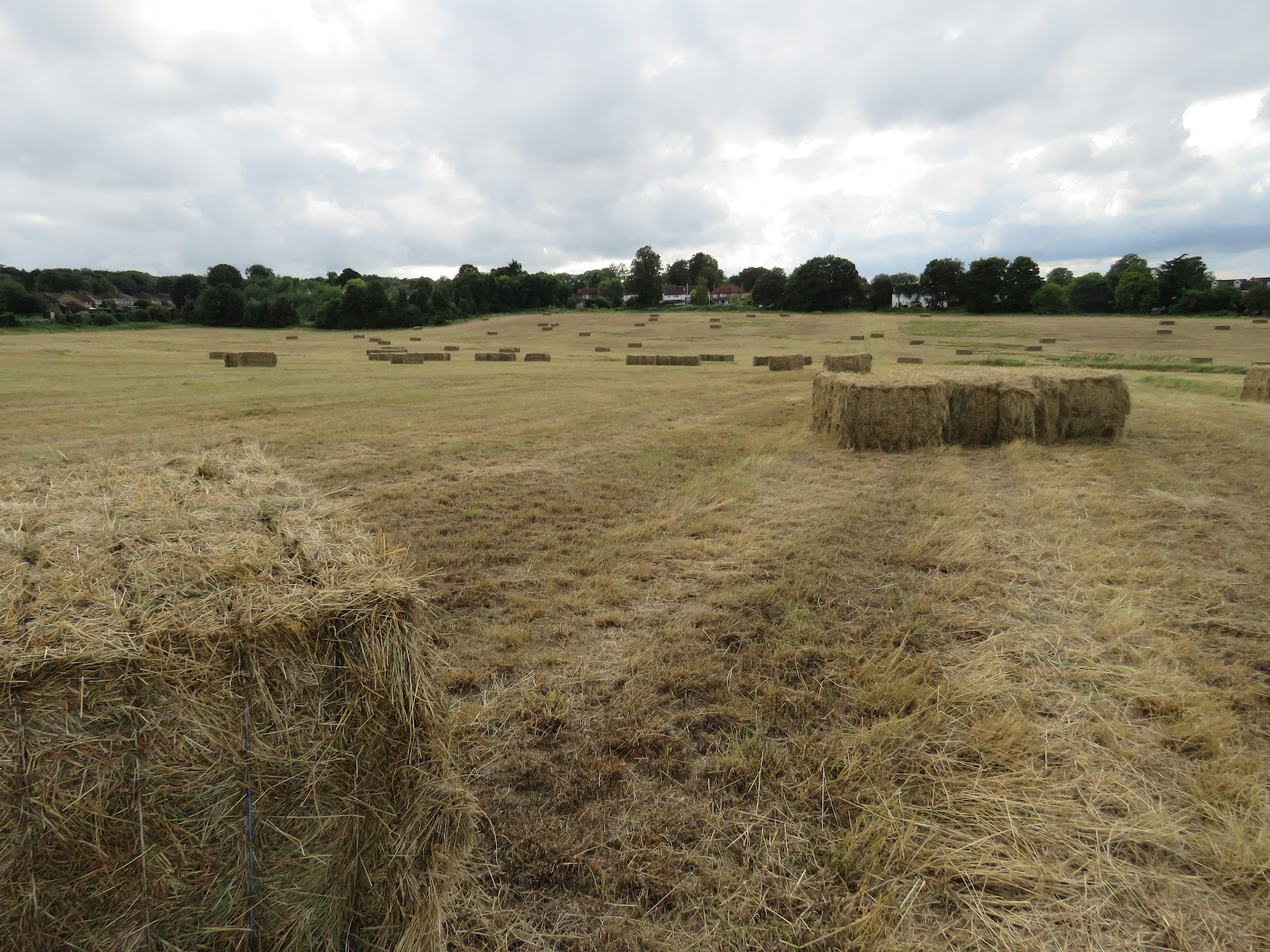