December 30, 2014
Birds
My birding away from the NDB area was largely confined to two Dungeness breaks - three days in January and a fortnight in May. Both delivered... In my first stay, the Hume's Warbler that was still performing in the flooded trapping area was the rarity highlight, but the back up cast included Glossy Ibis, Great White Egrets, Barn and Short-eared Owl, Hen Harrier, Bewick's Swan and Glaucous Gull. Sheer spectacle was apparent on the sea, where a vast raft of feeding Great Crested Grebes and Guillemots (that numbered in the thousands) could be found. In May the numbers of migrants were disappointing, but rarity was present, with 2 Black-winged Stilts, a Great Reed Warbler, a Bee-eater and a Montagu's Harrier. However, it was the late passage of Pomarine Skuas that were my highlight - even though it is a species that I have seen regularly over the years. A fully-spooned adult is a wonder to behold and there was one particular beast of a bird that flew east (and close) one morning that was, without doubt, the best Pom that I have ever had the pleasure of watching. Locally I had my moments - a Merlin at Canons Farm and two Spoonbills low over the garden (surreal) but one afternoon spent in the company of 1500 slow moving House Martins over Canons Farm stands out for sheer the pleasure of being with them. BIRD OF THE YEAR: that big-spooned Pomarine Skua.

Moths
It was a year of moderate effort and little success - the garden produced two new macro species for the site (Grass Rivulet and Dark Spectacle) and my success with pheromone lures to record clearwings was pants. The flush of migrants experienced in the UK did not extend to my part of Surrey... however, while at Dungeness in May, Barry Banson trapped a species that I had long hankered after. I... ahem... fridge ticked it... 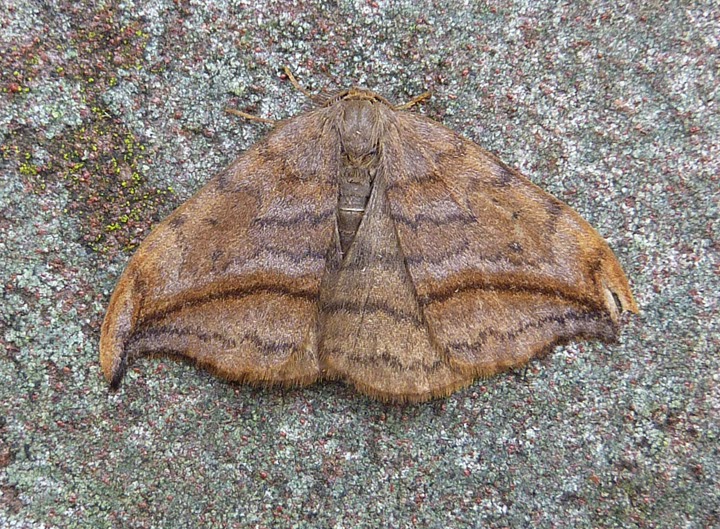 MOTH OF THE YEAR: Dusky Hook-tip.

Plants
2014 seemed to be a year of wandering the local hot-spots and paying my respects to the rarities - nothing new or surprising here. The May visit to Dungeness provided loads of interest with me reacquainting myself with loads of shingle and sand specialities. However, in September I was tipped off as to the presence of flowering Starfruit at several sites in Surrey. This is a species that I have searched for in vain over the years. There was some debate as to whether the plants that I went to see had been planted or not - the chances are that they had been - but this took nothing away from a pond full of this rarity. 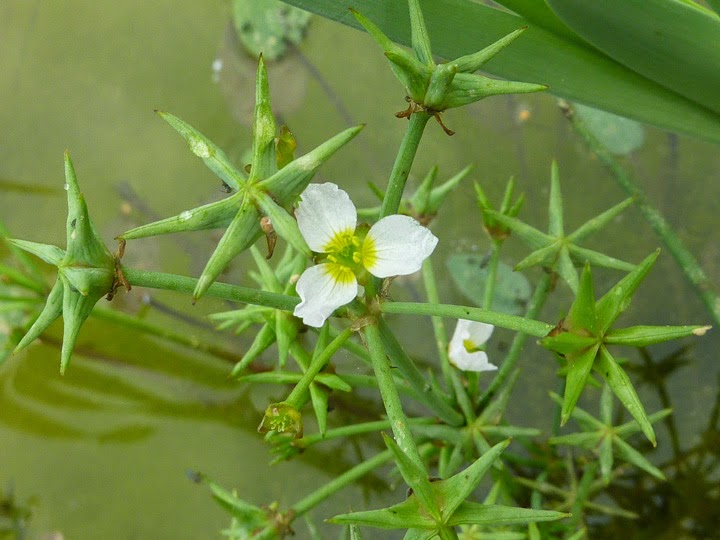 PLANT OF THE YEAR: Starfruit.

Well, that's most probably my lot for this year. Shall we meet up again in 2015? I do hope so...
Dusky Hook-tip Pomarine Skua Starfruit

Alastair said…
Poms are one of my favourites too, a Pomless year for me this time, two likely suspects but... Bird of the year is tricky for me I shall have a ponder. I'm more amazed at Barry still going strong, good for him, that's a very wacky moth, no shame in a fridge tick, we whizzed around to a certain Mr Garner's when we were in Yorkshire this summer to tick a moth.... not much into plants (although the new Orkney flowering plants book was a very well received pressie last week) , my mammal of the year is probably Otter with lots of great views this year. I'll be checking on your patch listing success, my total this year around home 3km sq was 118, a record, so that's next year's, quite ambitious, target. All the best for 2015.
30 December 2014 at 18:08

Steve Gale said…
And the same to you Andrew. I hope your blog posting is more frequent, I enjoy reading about your observations.
31 December 2014 at 09:12

Unknown said…
I intend to post regularly about 2014 throughout January as a kind of extended review of the year. As things stand, I think 2015 might be a Year of the Fly so hopefully by focussing on one order I shall find time to post more frequently.