May 20, 2015
The Dungeness Bird Observatory moth trap was not exactly leaping last week, but compared to some of the totals that nearby recorders were obtaining, it wasn't really all that bad. In fact, this particular moth was notable indeed: 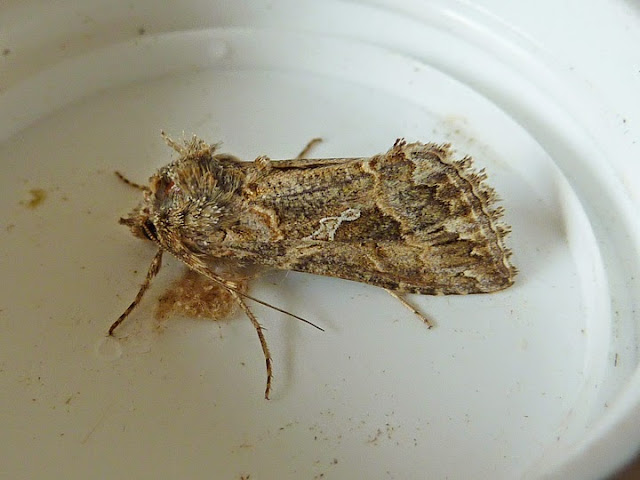 DBO's fourth Ni Moth (above) was the star capture on the night of the 10th/11th and was a new species for me. There didn't seem to be much in the way of migrant lepidoptera around, save for a few Painted Ladies and Sean Clancy's monopoly on Bordered Straws! What was common were these: 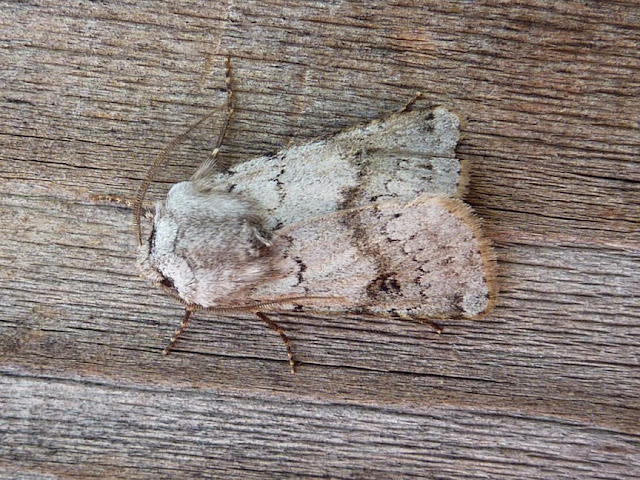 The variable and ubiquitous Light Feathered Rustic - I have recorded it twice in my Surrey garden, no doubt wanderers from the small populations that are present on the downs. The variation in colouring and marking is most obvious when you are confronted with a DBO trap full of them.
Dungeness Light Feathered Rustic Moths Ni Moth