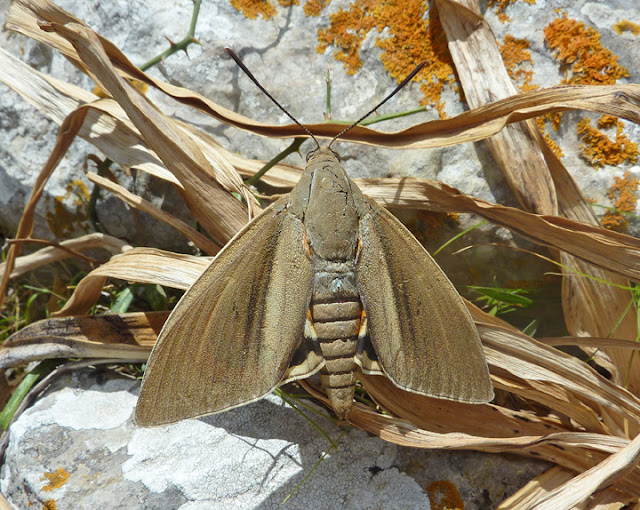 Many thanks to Graeme Lyons, who was able to identify my mystery Majorcan moth for me. I knew one of my cyber-contacts would know!

It is The Palm Moth (Paysandisia archon). Its native range is Uruguay and central Argentina, and was accidentally imported to Europe, first being recorded in France (mid 1990s) and then consequently in mediterranean Spain, Italy and Greece. The larvae feed on the stems and trunks of palms, and is causing concern because some damage is being reported to those of native provenance. There is a single UK record - from West Sussex in 2002. Whether more with turn up is open to speculation, although there are parts of the UK where palms do happily grow, and in number. If you do come across one, you will not miss it! As large as a Convolvulus Hawk-moth, with a rattling/rustle to the wings when disturbed - you have been warned!!
Majorca Palm Moth

Unknown said…
Add that to Red Palm Weevil and if Private Frazer were a Palm he would say "We're doomed!"