2016 botanical highlights
I adopted a rather laid-back approach to looking for plants this year. There were no target species named and no worthy aims, just a case of observing whatever I came across. There are downsides to this casual approach - unless I am keeping a list for a site I tend not to identify 'hard-to-do' species, so a whole raft of crucifers, grasses, roses and willows (to name but a few) were left well alone. Last year saw a great local flowering of several species, particularly orchids. This was not repeated in 2016. However, there were some breathtaking botanically induced scenes, and these will be dealt with in a future post. So, what were the stand-out moments? I've chosen three...

Literary Bird's-nests
At the end of 2015 I was contacted by Jon Dunn, Shetland-based 'virtual-friend', author and blogger. He had been commissioned to write a book about the UK's orchids and was wondering if I would like to assist him in his search for a decent colony of Bird's-nests - I didn't need to be asked twice! So it came to pass that in late May we met up at the bottom of Box Hill and spent most of the day wandering the 'Surrey Alps', visiting at least four sites where this species is present. The timing was perfect, as they were just about at their best, none had gone over and plenty were yet to come - we could practically smell the freshness. Several hundred spikes were found, including 250+ on White Downs, where one group were rather special, but I'll let Jon tell you why in his book when it is published.

It wasn't just Bird's-nests that filled our day. 125+ Man Orchids were on the lower Box Hill slopes (being joined by an Adonis Blue in a brief sunny interlude) and 250+ White Helleborines were in flower across several sites. It was a pleasure to meet Jon and play a small part towards the completion of the project. His book cannot come soon enough.

Another Walton Downs arable rarity
I have posted regularly about the joys to be had in the tracking down and finding of rare arable plants to be found in the Walton Downs/Langley Vale area. The list is long and I celebrate each and every one of them - Night-flowering Catchfly, Venus's-looking Glass and Field Gromwell to name but three. However, there was one missing from my list that I had searched for unsuccessfully last autumn, and that was Red Hemp-nettle. I had previously seen this rare and declining plant at Dungeness and Rye Harbour and the thought of seeing one in Surrey was something that excited me. And it came to pass that this August, while wandering across the farm one morning, I bumped into Dennis Skinner, who passed some good news - there were several flowering Red Hemp-nettle plants to be had! Within half-an-hour I was feasting my eyes on them. And in Surrey! 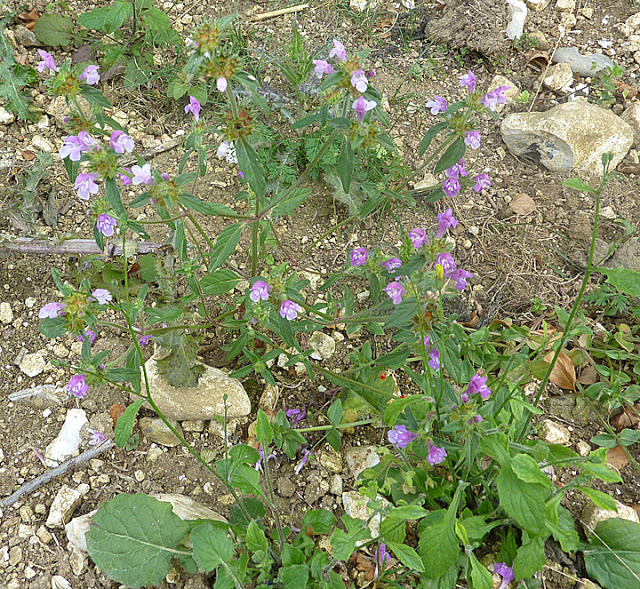 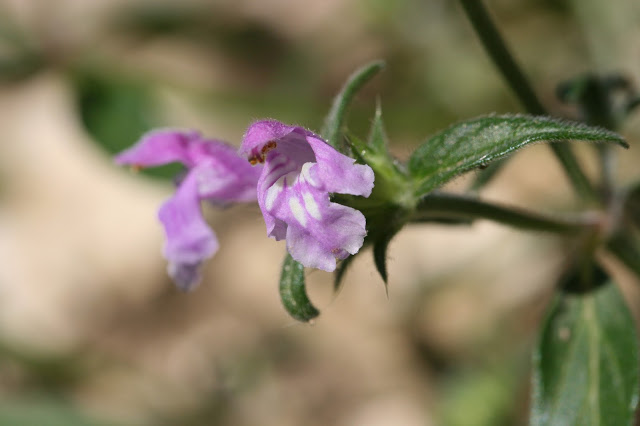 Narrow-lips at last
Narrow-lipped Helleborine is a species of orchid that, as far as I was concerned, was a mythical thing. There were never many found, they often did not reach flowering and were slightly shrouded in secrecy. I knew that they were present at Sheepleas in Surrey, but that they could be a devil to find. I had looked for them in the past, had failed and to be honest I'd given up on seeing any. But this August, word started to filter out that it was a good year for them, especially at Sheepleas. I just had to go and look - and was rewarded with 24 spikes. I spent a good couple of hours with them, lying on the woodland floor with my DSLR and macro lens in an attempt to capture this event while the chance remained. Possibly my botanical highlight of the year. 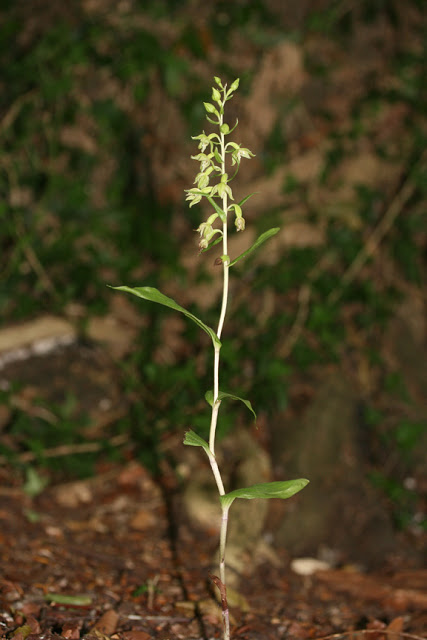 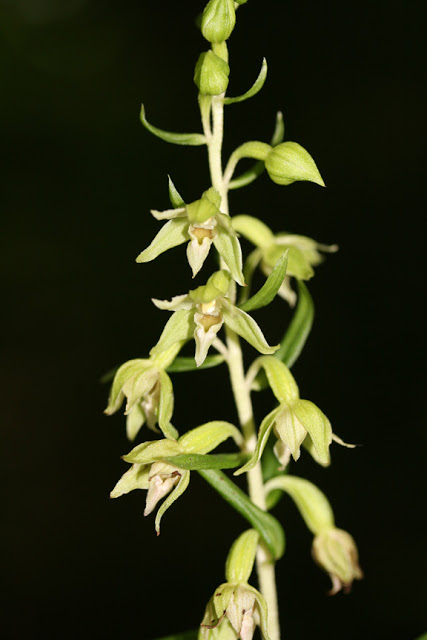 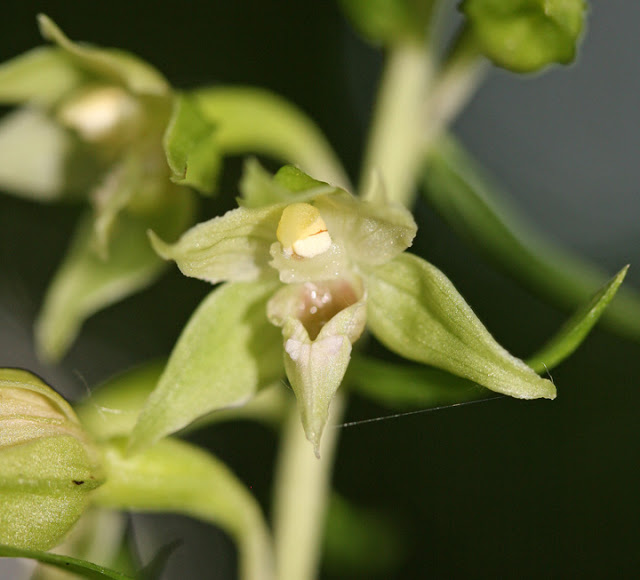 Everytime I think I've found an orchid it turns out to be marsh woundwort or some such thing!

Keep searching Simon, don't give up!

Why Steve, you write as if the botanical year is already over! I ticked Glaucous Dog Rose and Viviparous Sheep's Fescue just a few days back...admittedly not in your neck of the woods. Great write-up, your blog is keeping me company up here matey!

Howdy Seth! I must put a link to your blog on ND&B... hope it lasts longer than your last one!!!!