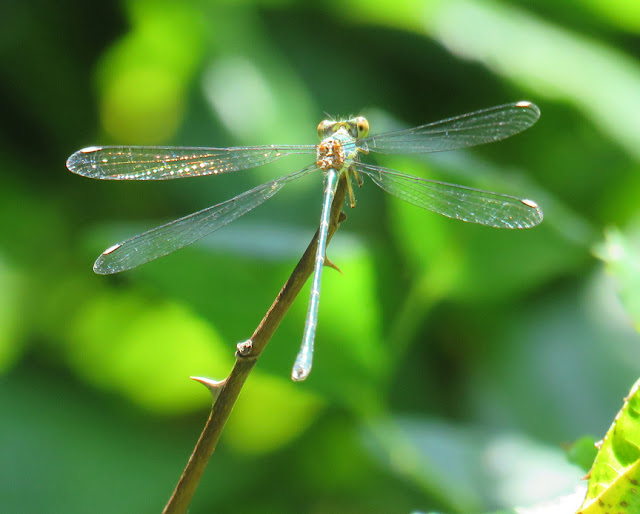 It may only be eight miles from home (and they may have been there for a few years), but I had yet to pay my respects to the Holmethorpe colony of Willow Emerald Damselfly, a recent colonist of our shores. Too laid back? Not keen enough? Whatever the reason, my visit this morning coincided with warm and sunny weather. It took a good couple of hours to find one, and after a quick look at the ridge dewpond (see below), an early afternoon return found a further four individuals. None of them were anything other than flighty, with most taking themselves up into the top of the mature vegetation that flanks the perimeter path of Spynes Mere (above). 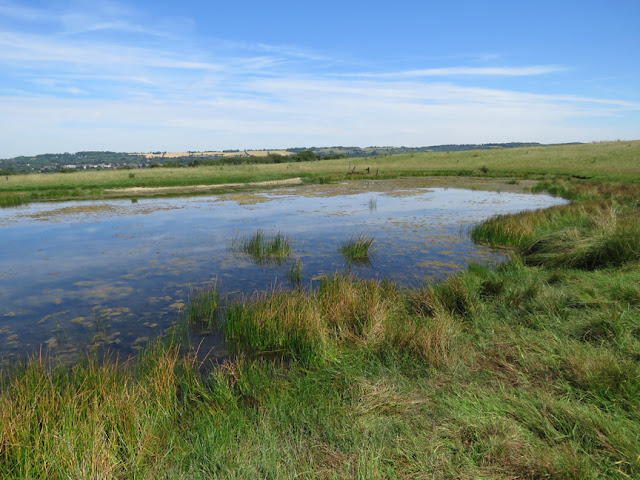 The dewpond (above) that I referred to is most probably too grand a term for this small water body, a depression on old landfill that holds seasonal water. It was alive with odonata this morning, including a minimum of 20+ Small Red-eyed Damselfly (below). 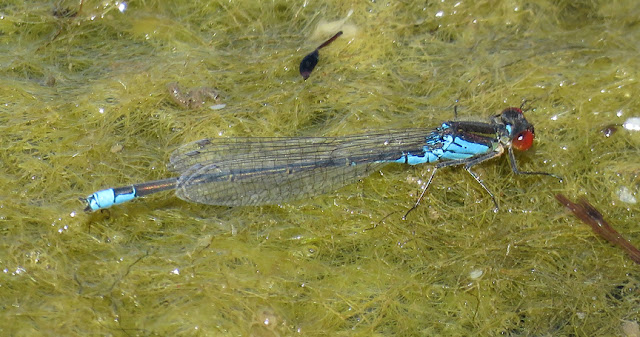 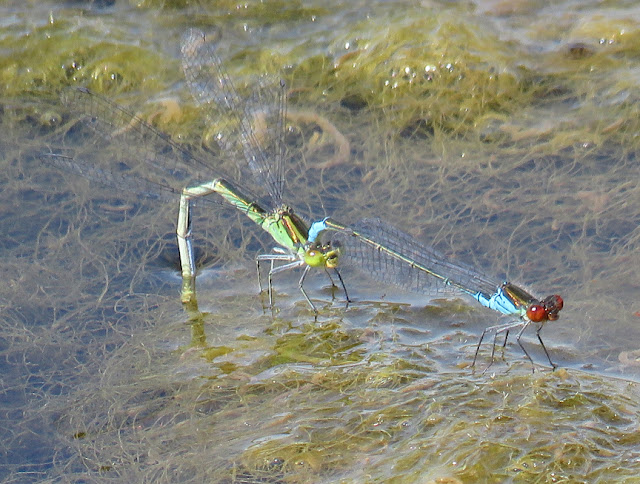 Derek Faulkner said…
That's a nice pond, would of been dry mud on Sheppey atm. I'm always amazed at you odonata guys and how you manage to get photos of the bloody things. Whenever I try on my patch they zoom about endlessly like exocet missiles, making photography impossible.
18 July 2017 at 14:43

Gordon Hay said…
Great photo of the Small Red-eyed Damselflies. Plenty at The Inn on The Pond this afternoon.
18 July 2017 at 20:33