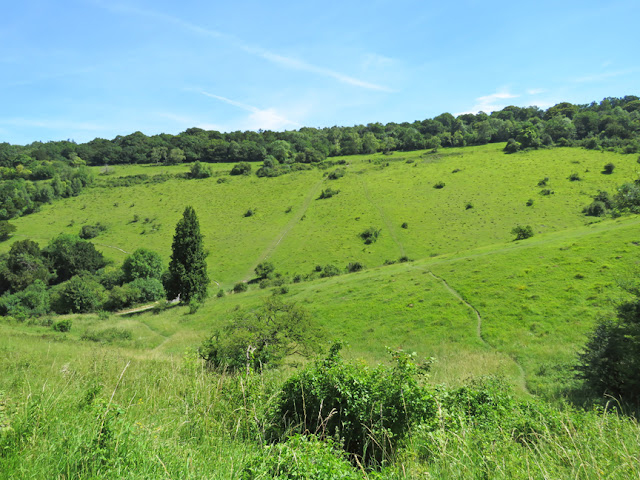 The slopes of the Box Hill zig-zag (above) were alive with butterflies this morning. It was hot, but a slight breeze did make the time spent out in the field not too oppressive. Undoubted highlight were the numbers of Dark Green Fritillaries - at least 140 were recorded, mostly low over the top of the short chalk downland sward. They were in all states of wear and tear, but only a few settled, and those that did were low in the vegetation, making photography a challenge (below). 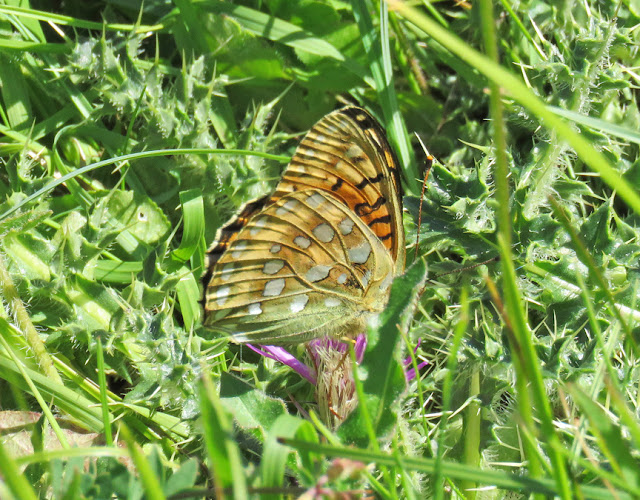 At least 25 Silver-washed Fritillaries were nearby, more likely to be found in the woodland rides and edges. After watching both species for several days, it becomes quite easy to identify them in flight, the Dark Green smaller and sedate, the Silver-washed (below) larger and dashing. There were also good numbers of Comma (bottom), similar of colour to the Fritillaries but that much smaller in flight. 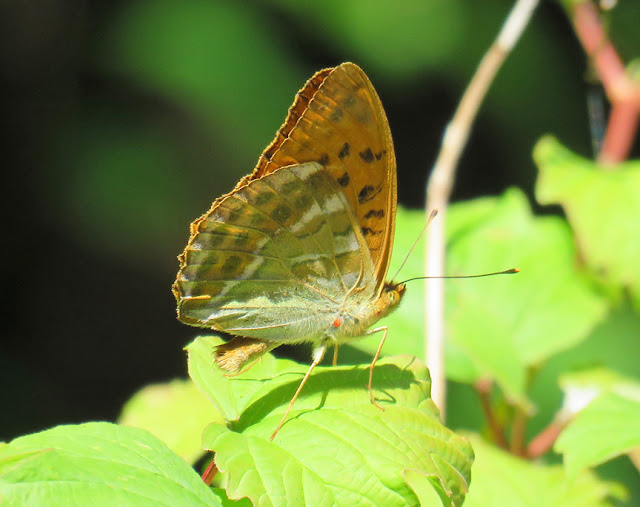 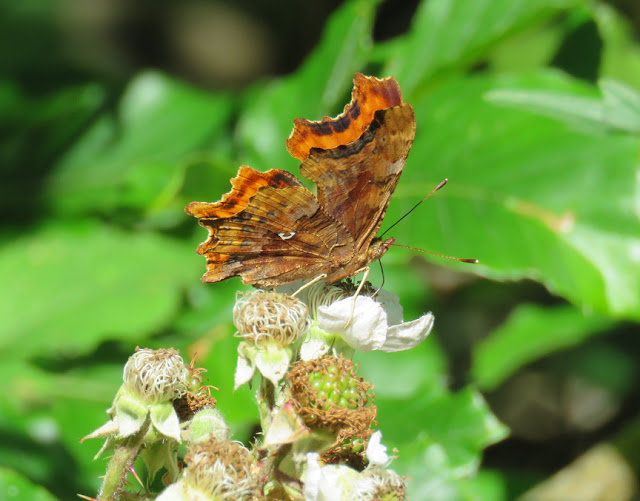