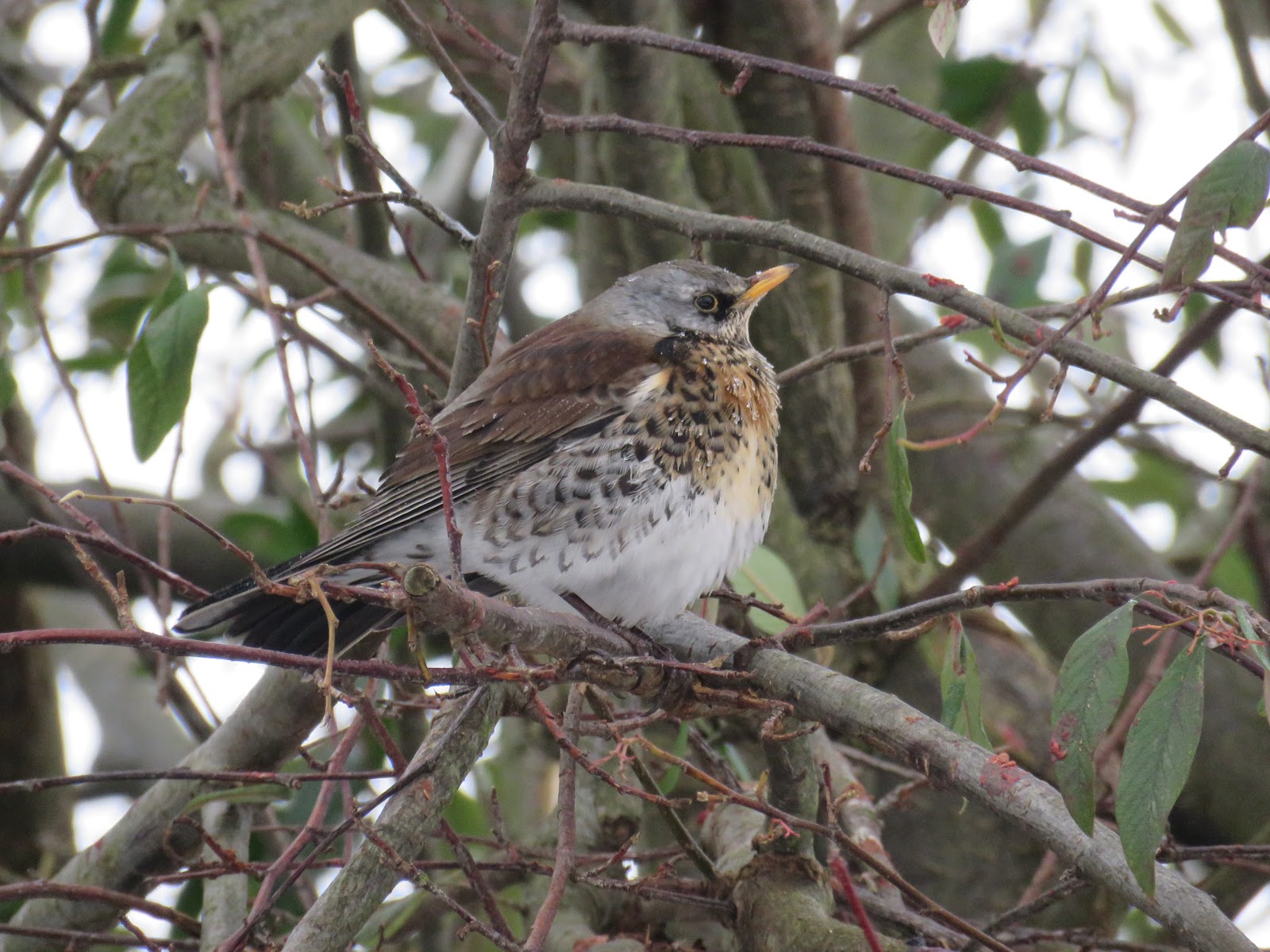 The first three hours of daylight revealed that there was little flying over the frozen wastes of Canons Farm. A few thrushes were scratching around along the hedgerows with attendant Robins and Dunnocks, but it was generally an eerily quiet scene. The granular snow had been blown off the top of several fields, forming shallow drifts at their edges. Ornamental berry-bearing bushes in nearby gardens harboured a few Fieldfares (above) and the partially frozen pond at Burgh Heath was being staked out by a single Grey Heron (below). 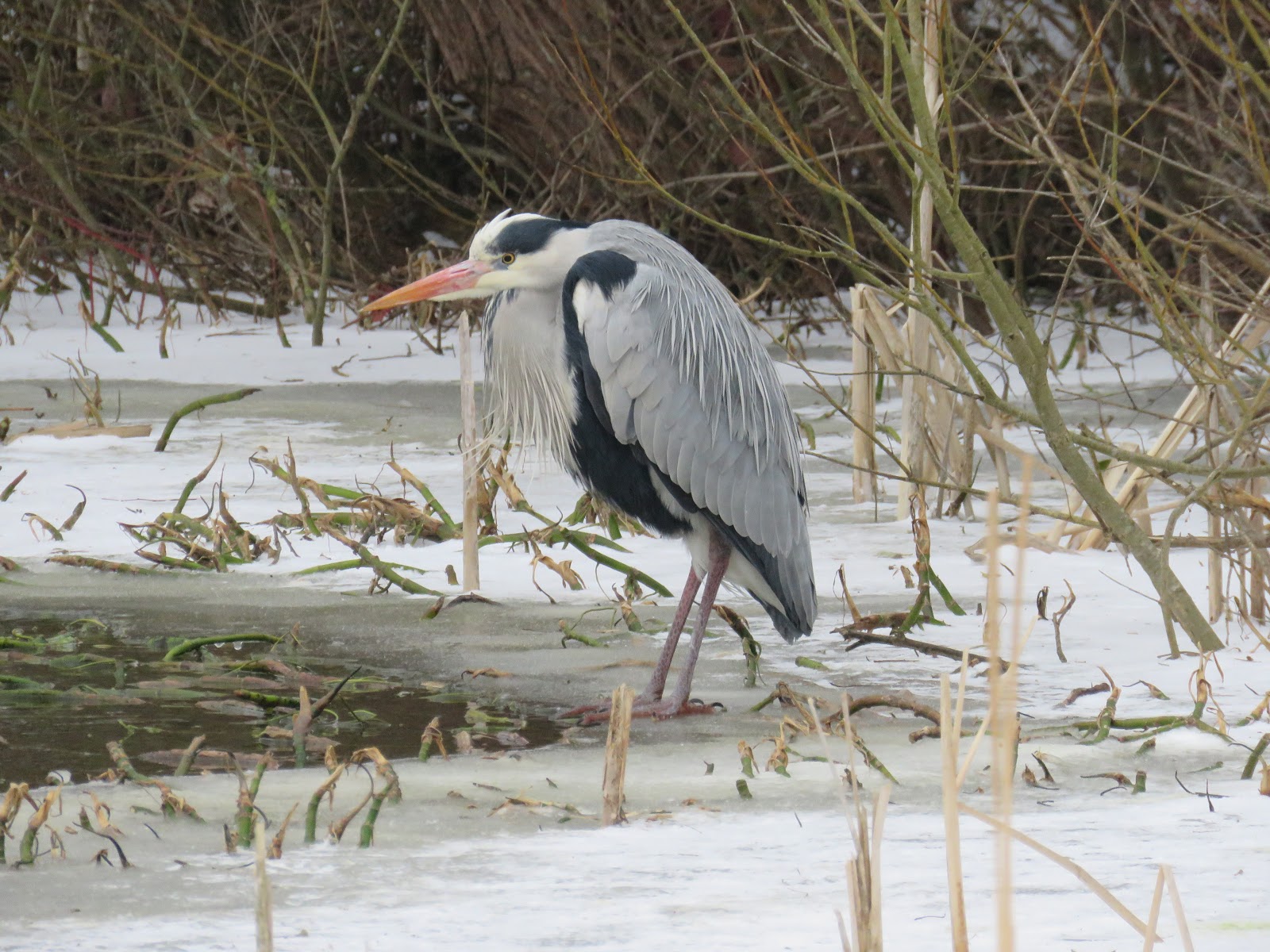 News is coming through of enormous numbers of thrushes being recorded in Somerset and Devon this morning, all fleeing westwards from the snow and ice. I just hope that there are still parts of Cornwall that can safely host these desperate birds.

Derek Faulkner said…
Did you see the request for Hawfinch info on the KOS Facebook page.
3 March 2018 at 06:07