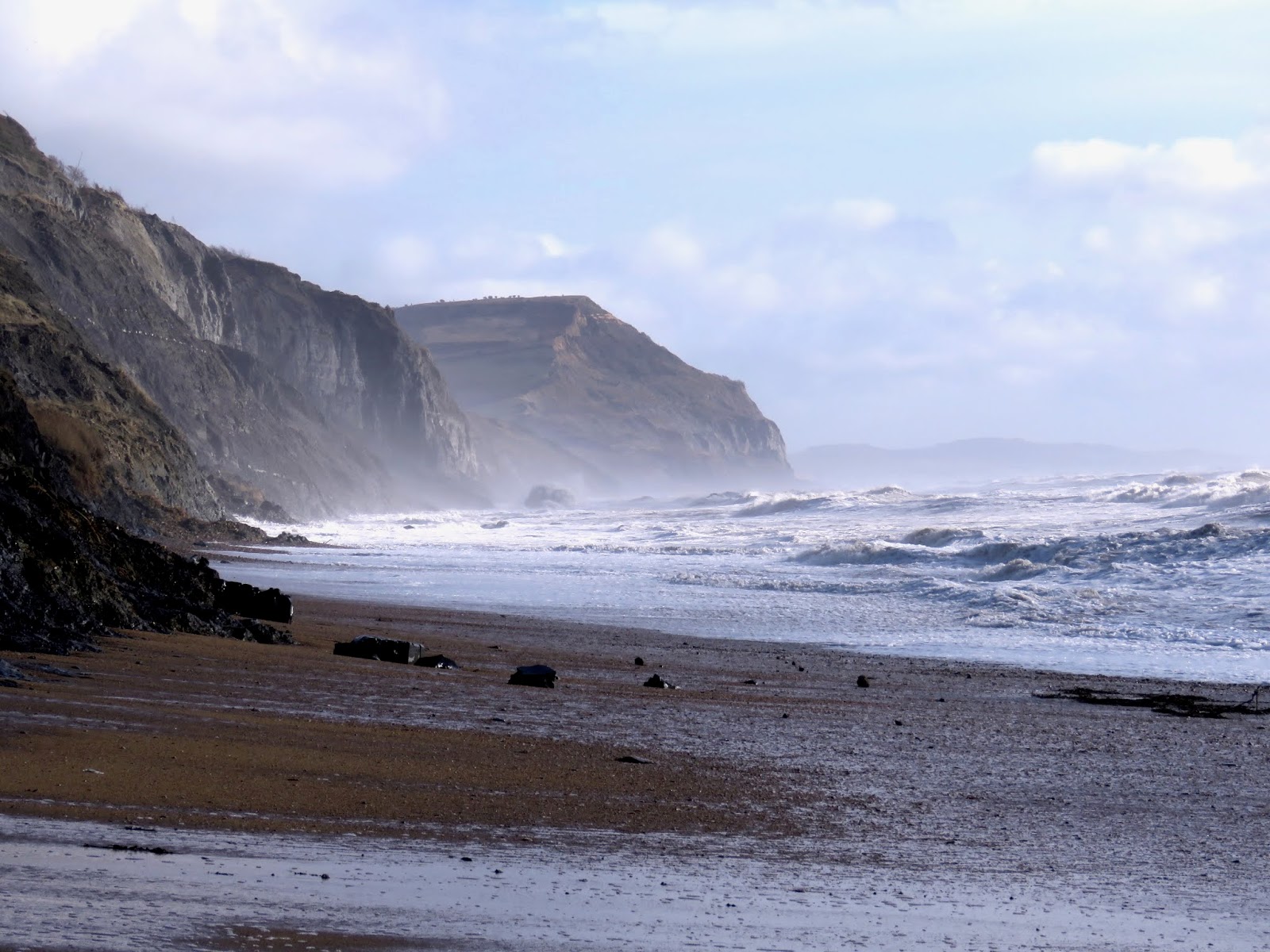 Do you remember the days when a sober suited gentleman from the Met Office would casually say that we were in for a "bit of wet and windy weather"? It seems as if the 2018 version is to personify the approaching weather system (Storm Boris, Storm Satan) and give it an historical context (lowest low pressure system since Storm Vlad the Impaler back in March 2018!!).

Well, we recently enjoyed a bit of wet and wind, which coincided with Katrina and I spending a few days at Charmouth in Dorset. As compensation, yesterday was sunny and ridiculously mild, which meant that we were able to survey the aftermath - a dead adult Gannet (below), flocks of Rock (bottom) and Meadow Pipits feeding on the beach detritus and plenty of waves crashing into the soft cliffs adding to coastal erosion (above). There's no denying it, an angry sea is a spectacular sight (and, safely on land, a thing of joy). 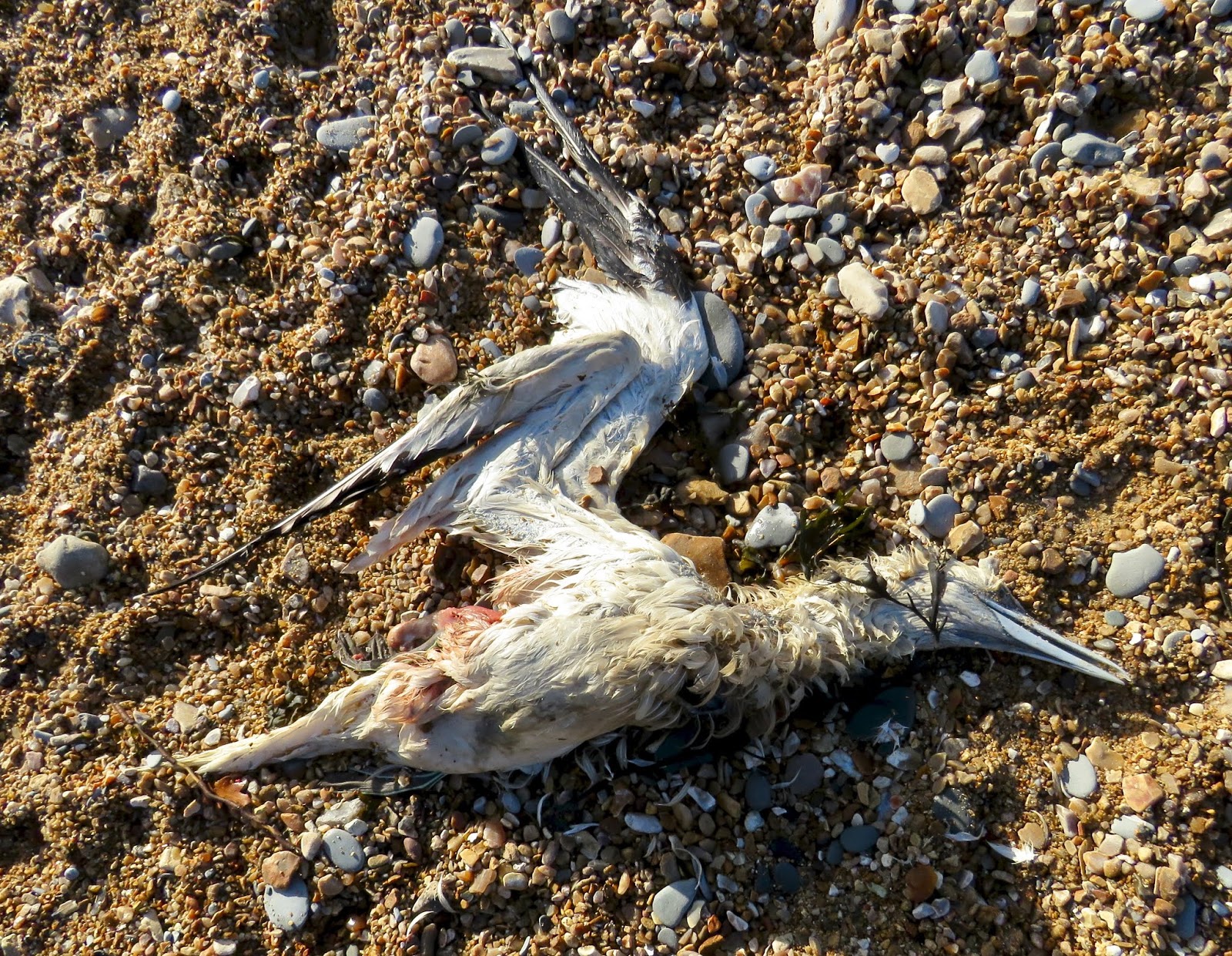 Although not a birding trip I did manage to have a good look around that provided highlights of a Great Northern Diver heading east, a Kingfisher on the River Char and a tame Cormorant that allowed close approach (below). Shame it wasn't something more noteworthy, but just look at that bronze sheen and green eye! A single like this is better than the thousands at Dungeness that just give the place an untidy look, not to mention fishing the life out of the RSPB's Burrowes Pit. 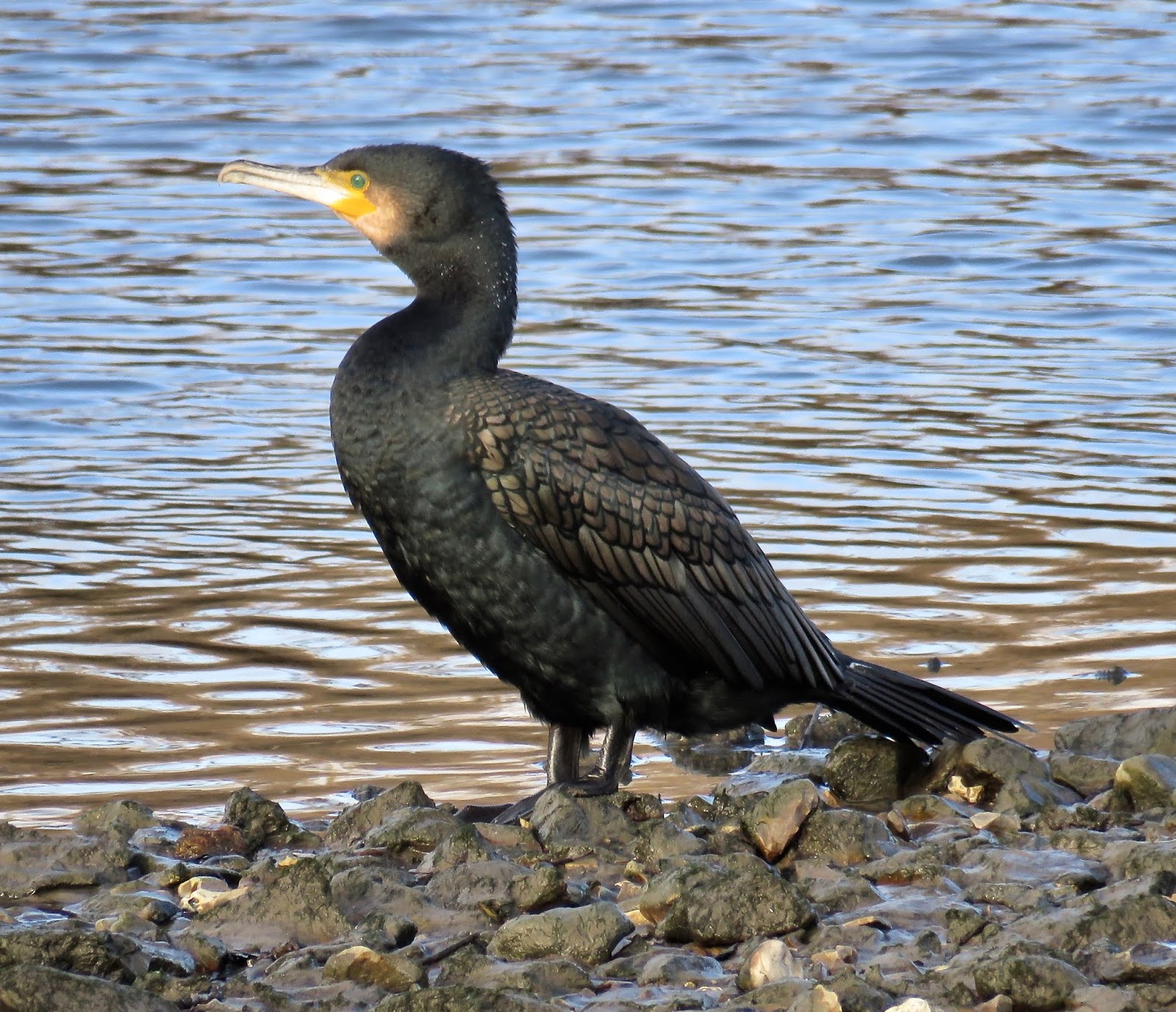 Once again Charmouth gives a peek into what a rewarding place it is ornithologically. A small band of birders do watch over it and are handed regular rewards by the birding Gods. I wouldn't be surprised if a 'big one' appears there in the not too distant future. 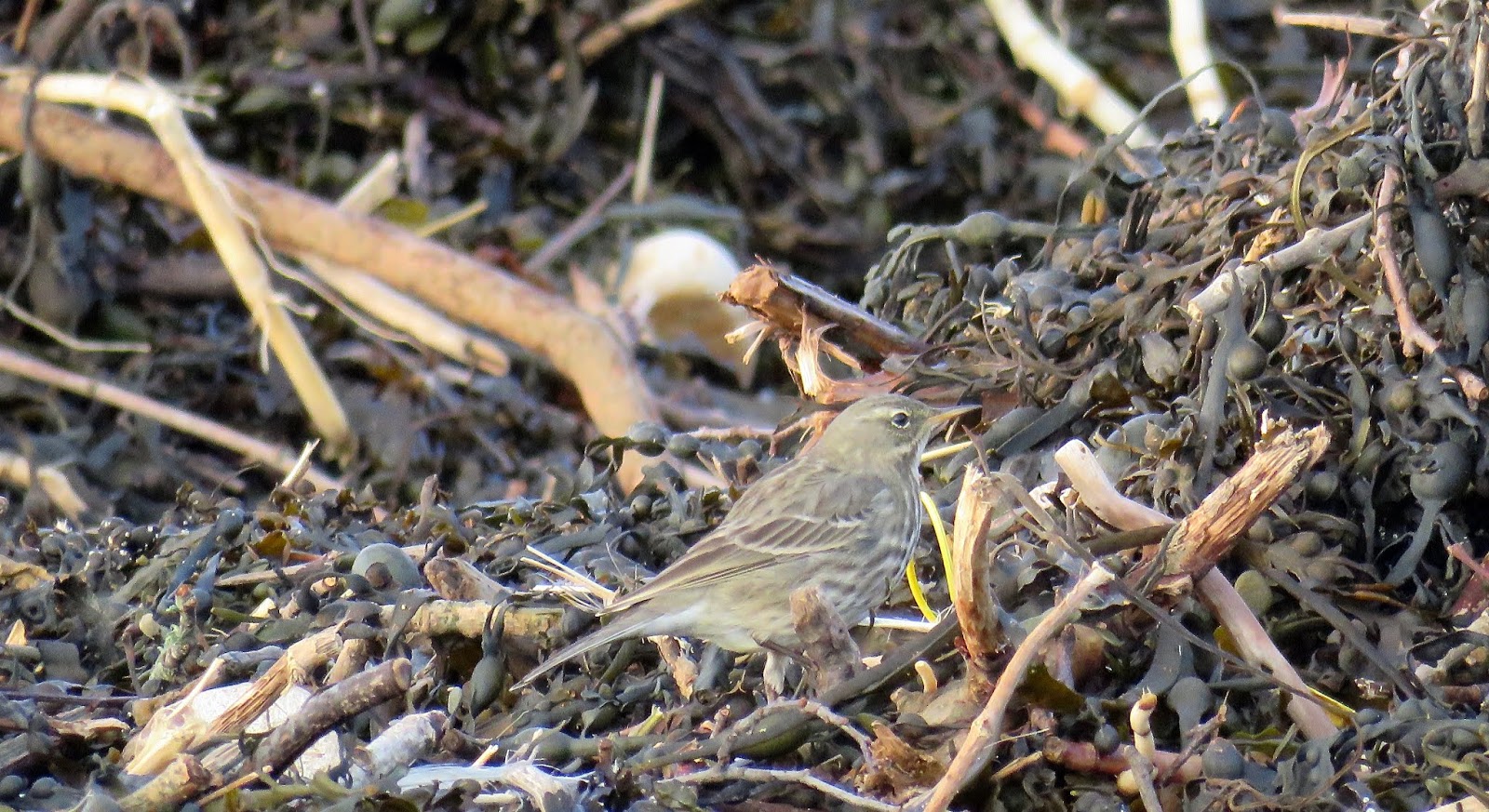