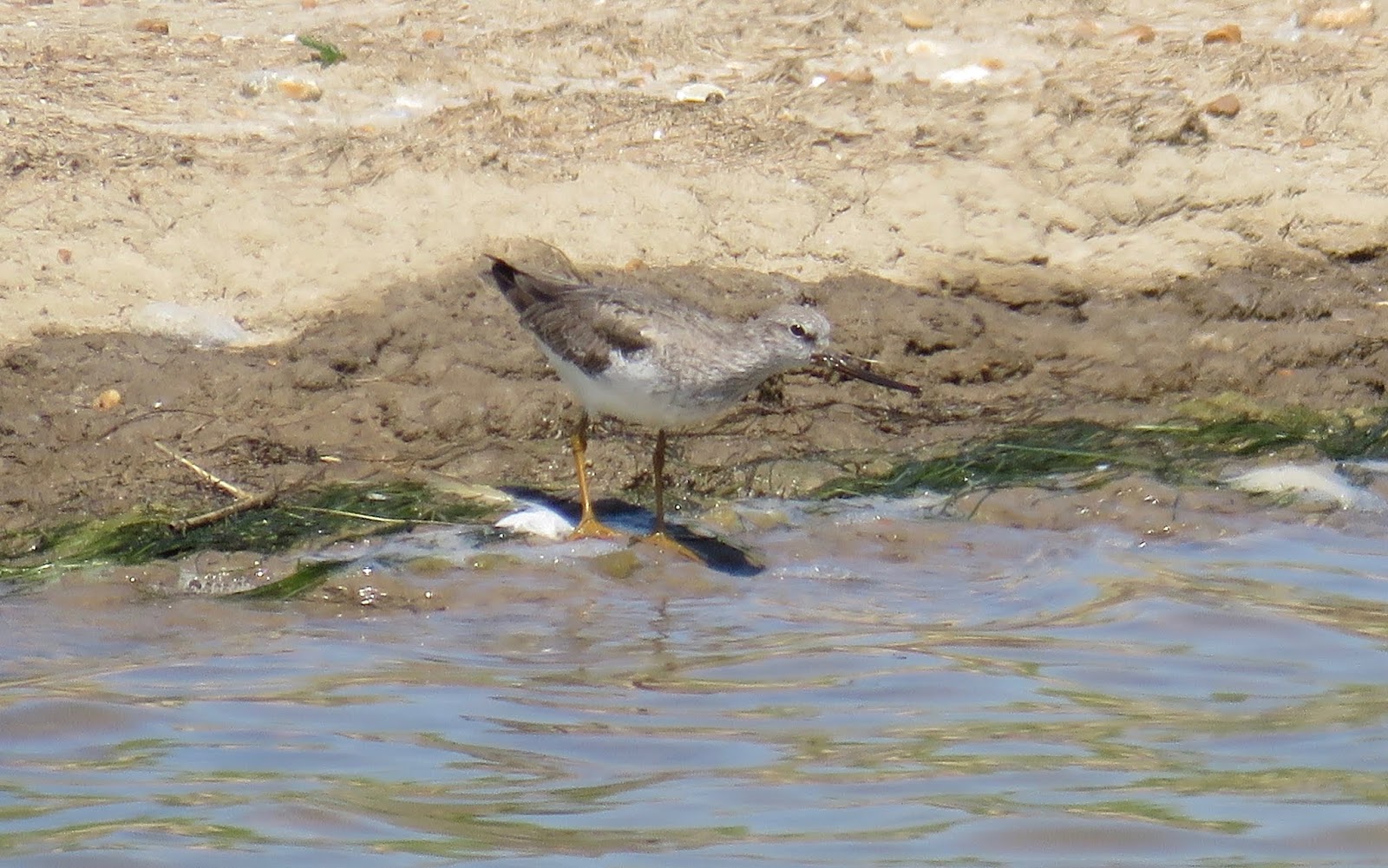 May started modestly weather-wise, but then from the second week onwards set the tone for the rest of the summer, with largely warm (even hot) and sunny weather. The birding fix came largely from a mid-month stay at Dungeness. As in the previous few years, this time of year on the peninsula can almost guarantee the rare and the scarce, and 2018 was no different.

A flighty Hoopoe at Galloway's (18th), Bee-eater and Kentish Plover (20th) and Honey Buzzard (23rd) were slightly overshadowed by a Terek Sandpiper at Rye Harbour (19th, pictured above). The Kentish Plover incidentally was the first to be recorded at Dungeness since 2005 - this was a species that I expected to se annually 'back in the day'. However, as good as they were, none of these birds was my avian highlight. That accolade is bestowed to an afternoon off-shore movement (on 21st) of terns, with an easterly passage of 1700 'Commic' (the vast majority close in were Common with a few Arctic), 81 Black and 2 Little, with a bonus 'spooned' Pomarine Skua.

It was also a tremendous time for botanising. The number of clover species to be found in the greater Dungeness area was high, with Burrowing, Knotted, Suffocated, Bird's-foot, Rough and Haresfoot paving the way for, in my opinion, the best - my long-awaited first ever Clustered (below). 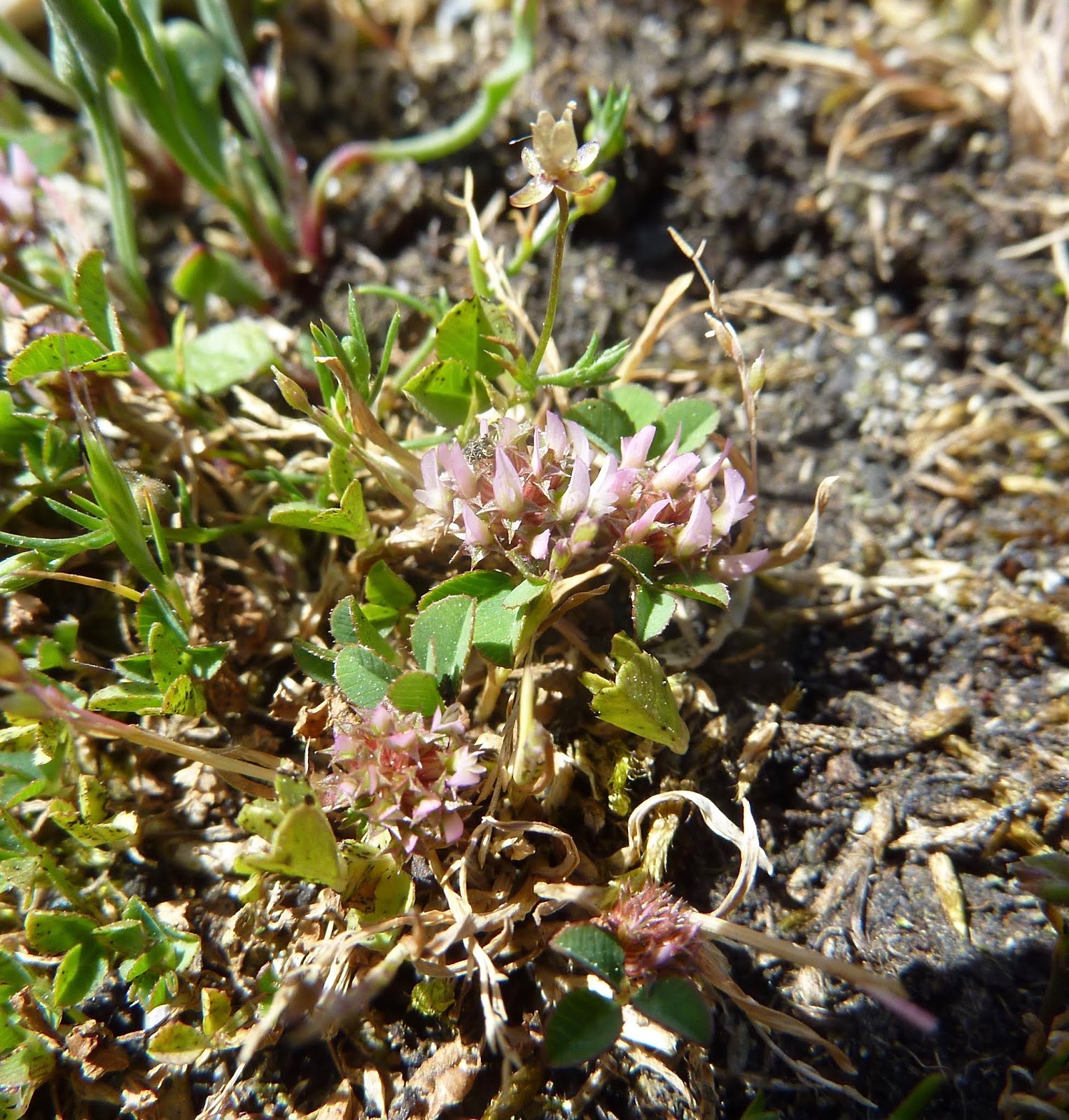 The peninsula was awash with colour - millions of tiny flowers on Sheep's Sorrel painted the shingle a rusty-red with pink floods of Thrift for contrast. The images below hardly do the spectacle justice. 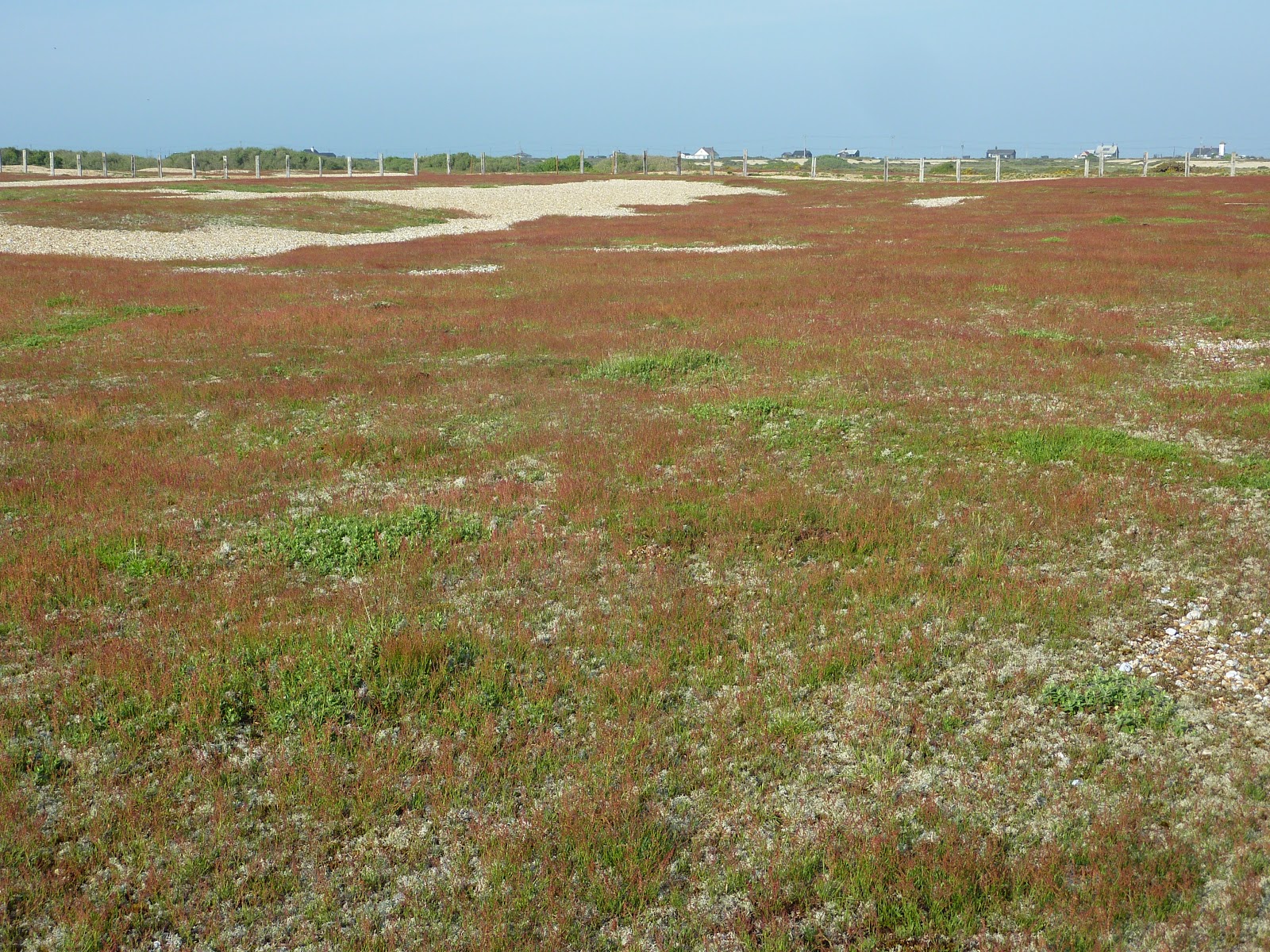 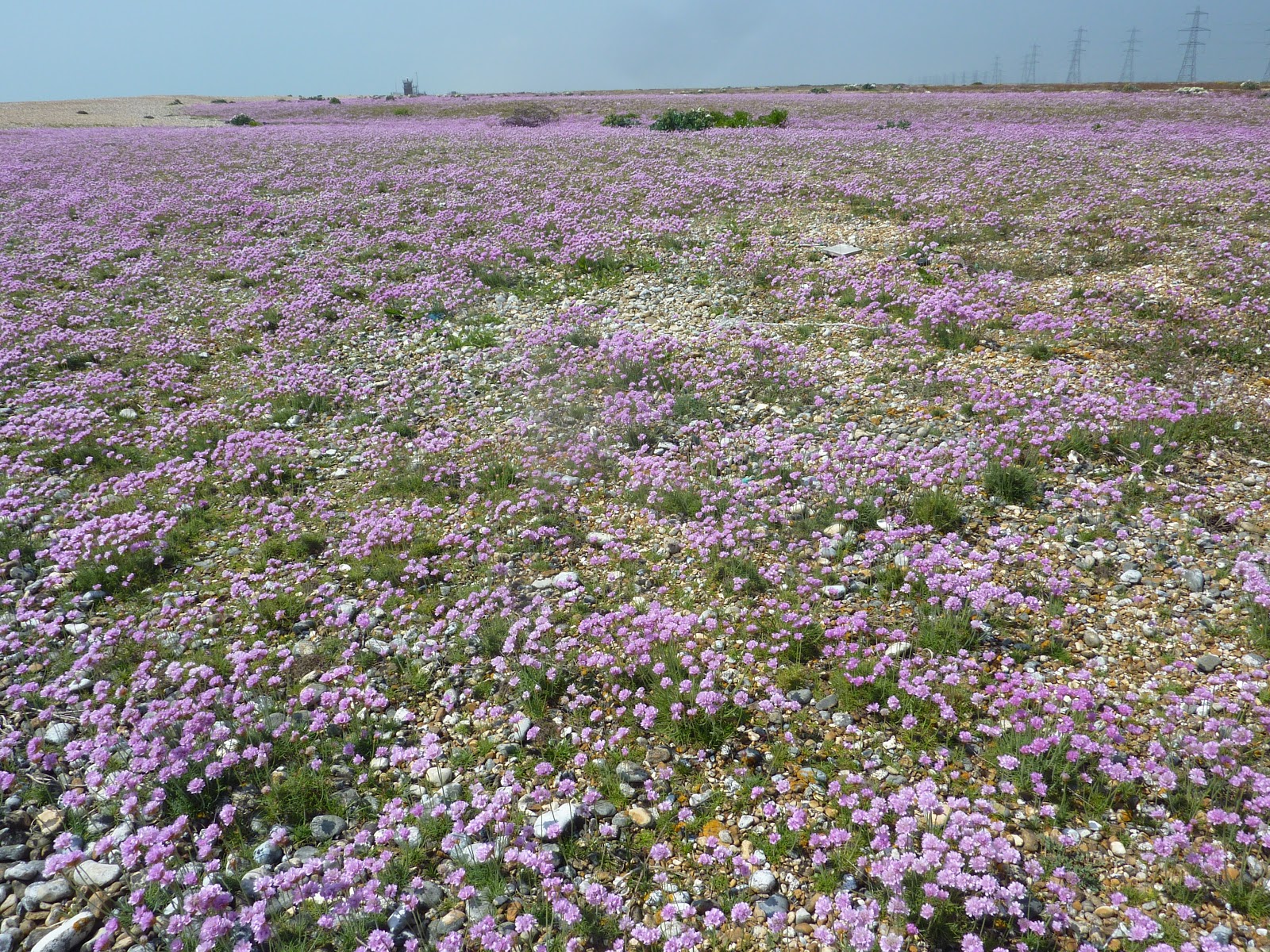 Back in Surrey there was one place that I just had to visit, and that was the beech-clad slopes on Mickleham Downs just above the Cockshott car park. In the previous winter, whilst out Hawfinching, I had stumbled across a swathe of the dead stalks of Bird's-nest Orchid. I promised to return in the early summer to count how many were actually flowering. Zig-zagging up and down the steep ground provided an answer - a minimum of 2,000. There were further, smaller colonies further along the ridge and no doubt others to be discovered. 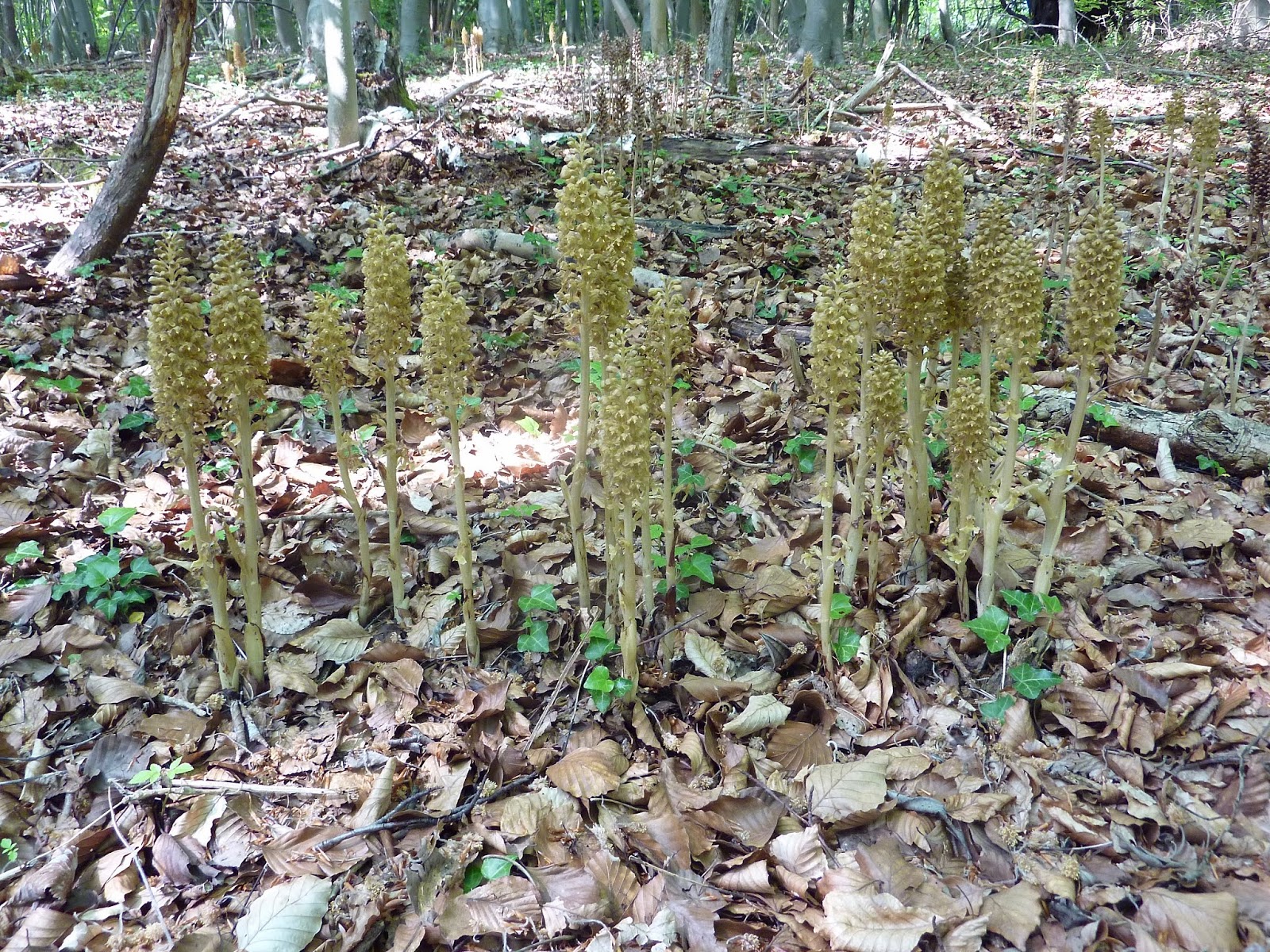