Of fallen yews and spotlit owls 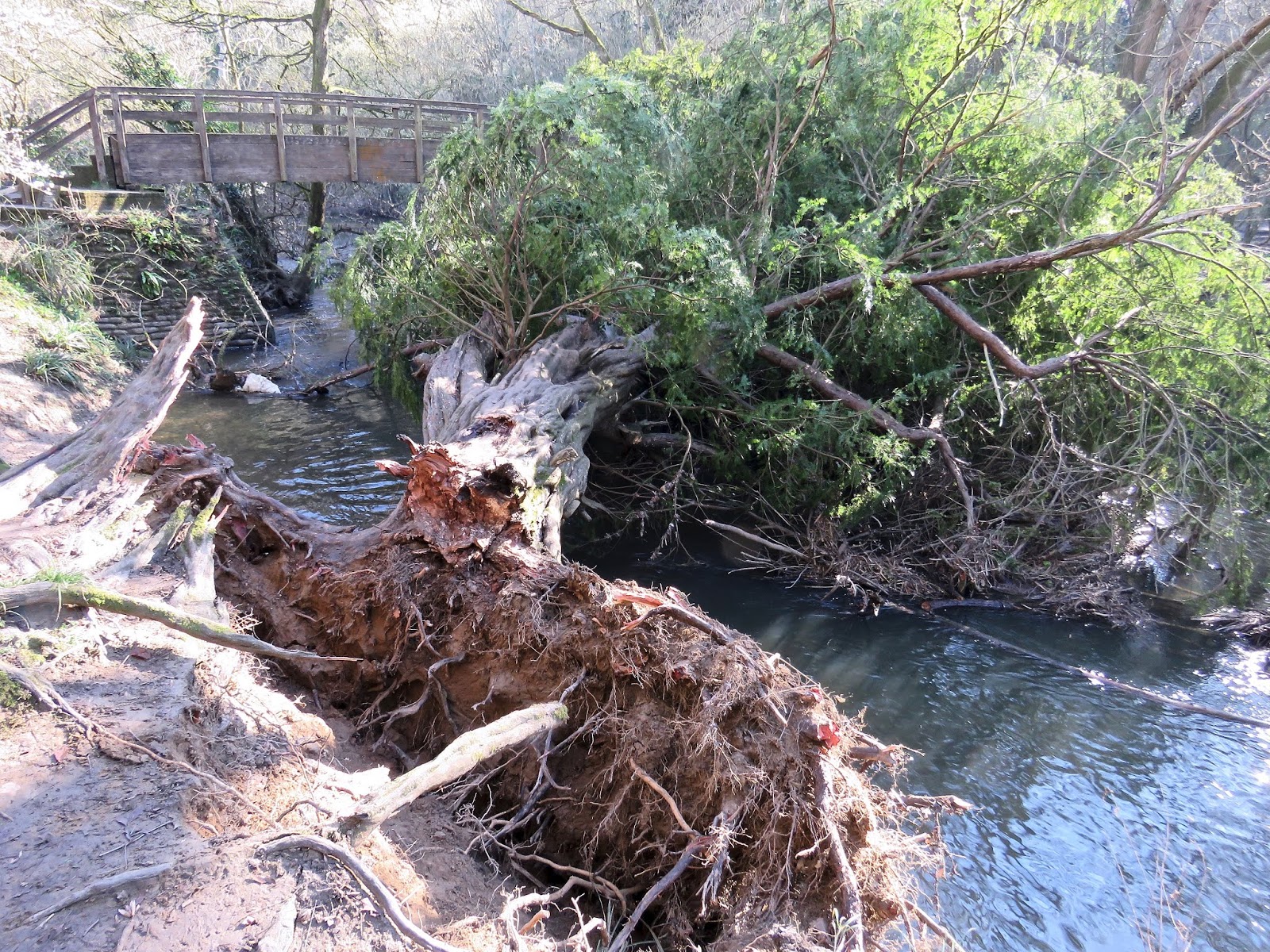 This Yew has been teetering on the edge of collapse for some time now, the soil beneath its roots having been eroded by the River Mole. Sometime over the past few weeks it went beyond the tipping point, and now it lies across the water, ripped and bloodied. I always think there is something sad, but noble, when an old tree bows out. 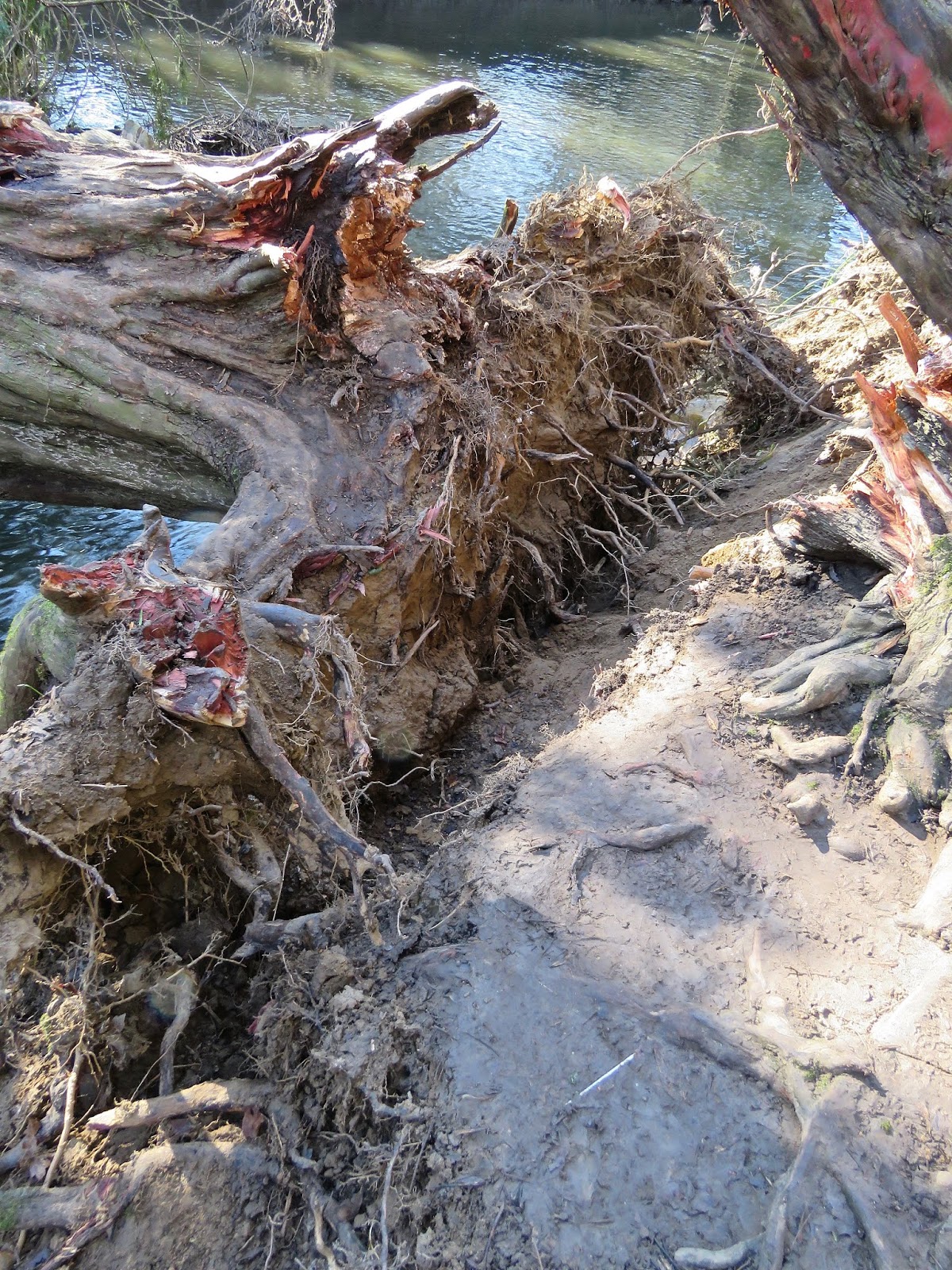 For those of you that don't follow the 'birding scene', an ultra-rare Tengmalm's Owl has been found on Shetland. This has unleashed the normal rum cast of twitchers to bunk off work take a hasty holiday and (largely) head north. The owl has been roosting in the conifers of a private garden. The owl has also, at times, been playing hide-and-seek. But there has been some kerfuffle. What has got the goat of many commentators on Twitter is that, in desperation, some people have been venturing inside the small plantation and have even been attempting (at times successfully) to spotlight the owl when it got dark. This doesn't surprise me at all. Twitching is largely a selfish pastime (it is just your list that you care about) and if you have spent a lot of time, effort and money to try and see the intended quarry then you will most probably not be thinking rationally when faced with potential failure. It was quite telling that a number of those present at the time of the spotlighting had words with the spotlighter(s) AFTER they themselves had taken a photograph of the spotlit owl. Double standards my friends...

Now, as much as I agree that such actions might disturb the bird (and lessen the chances of other birders seeing the owl) isn't spotlighting nocturnal birds a part and parcel of many foreign birding holidays which is, as far as I am aware, accepted as standard procedure? More double standards?

And while I'm on this subject, the tweets of congratulations to those that went north and conquered were in plenty. Well done for what exactly? Having spent money to travel and see a bird that somebody else had found and identified? You might just as well congratulate me for having made my breakfast this morning (tea, toast and honey by the way).
Tengmalm's Owl twitching yew

Chris Janman said…
More wasted fuel in cars and on planes, more pollution for the planet . I must admit i did my share of twitching in the distant past, but cannot justify it anymore.
25 February 2019 at 20:22

Simon Douglas Thompson said…
I find seeking out birds miles away from their homes, away from suitable food and habitat, distasteful
25 February 2019 at 21:54

Steve Gale said…
It is a complex and multi-faceted subject Simon, full of pros and cons depending on who you talk to
25 February 2019 at 21:56