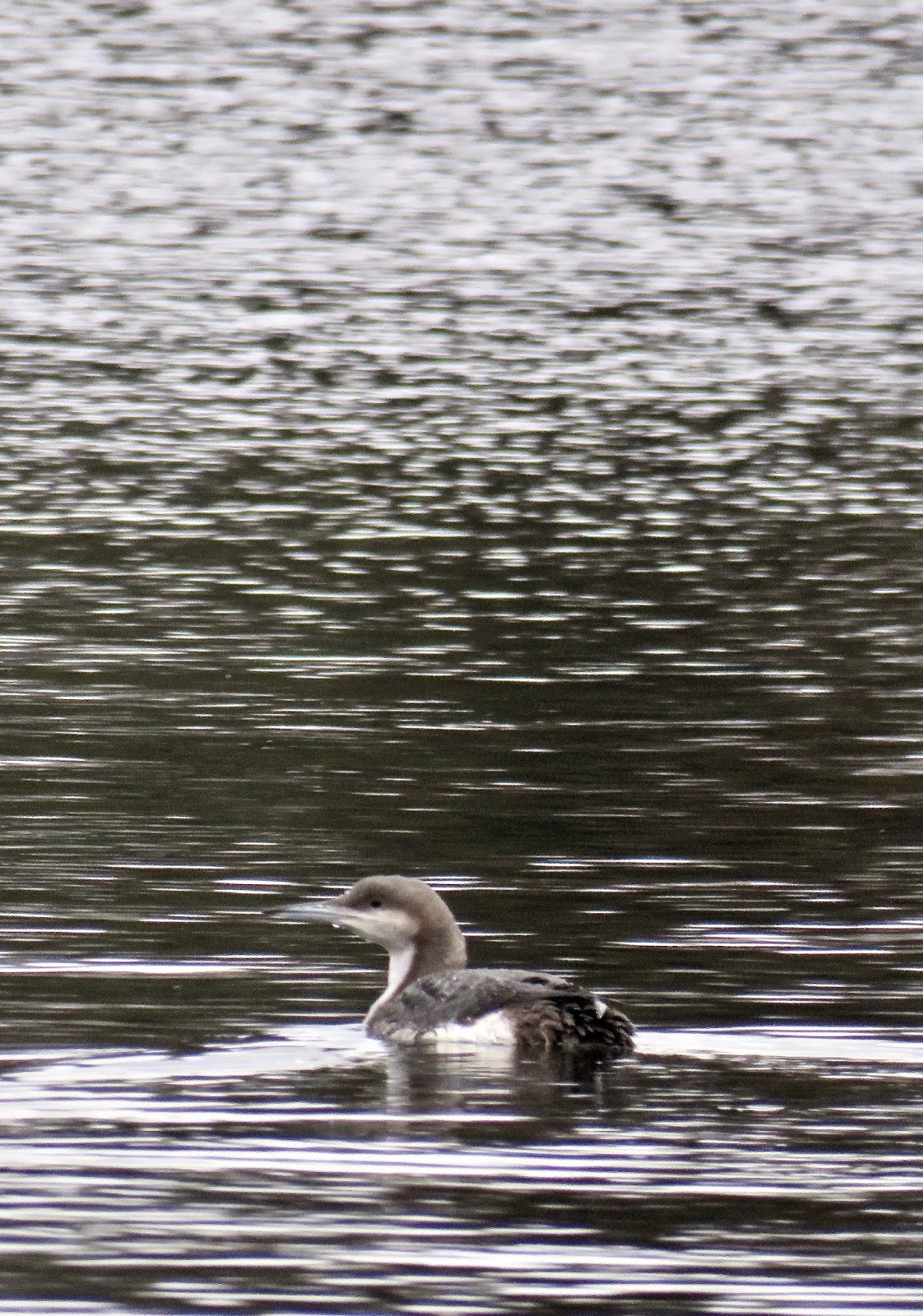 Gordon Hay started birding at Holmethorpe Sand Pits back at the end of the 1980s. It was a different place to what it is today - the only appreciable waterbodies were to be found at Mercer's and Glebe Lakes, sand was still being commercially extracted (from where Spynes Mere and Mercer's West are today), and access across the Moors was unrestricted. It is fair to say that the site had just come off of the back of a 'golden period', when extensive workings had created a mosaic of pools which provided rich pickings for the small band of birders. Mercer's had then been subsequently flooded and the sand extraction reduced. Gordon found an area where the birding was on the wane.

Although never the sole birder, for much of his 30+ years covering the site, he has been the only ever-present and the most frequent - and the most frequent by some way - in fact almost daily, and at times several times a day. He has had great successes, finding Hoopoe, Red-rumped Swallow, Yellow-browed Warbler, Eider, Bean Goose, Velvet Scoter and White Stork to name but a few. There have been fallow times when lesser souls would have packed it in and gone elsewhere, but not Gordon. The perseverance has paid off. Yesterday, with the arrival of a Black-throated Diver on Mercer's Lake, he was able to chalk up his landmark 200th species for Holmethorpe. And that, for an inland site, is some achievement.

I have had the pleasure of calling Gordon a friend for many years, and our children grew up together. My wife Katrina likes Gordon very much, although there was a particular morning when he blotted his copy book. One May morning, at 05.00hrs, our house phone started to ring (this was pre-mobiles). We were both woken up and as I fumbled to answer the handset, I wondered just what disaster we were about to be told about. It was Gordon, deliriously happy because he had just found a summer-plumaged Knot. Katrina was not amused...

Back to the Black-throated Diver. I popped over this morning and was able to watch it, between dives, on Mercer's Lake. Although it was a site tick for Gordon, this was, in fact, my second here, having seen the only previous bird, back in January 1983. It was also the only Holmethorpe species that I had 'up' on Gordon. Not any more. The accompanying photographs reflect the dull, wet weather experienced this morning. A great bonus species for the 'Uber patch challenge'. 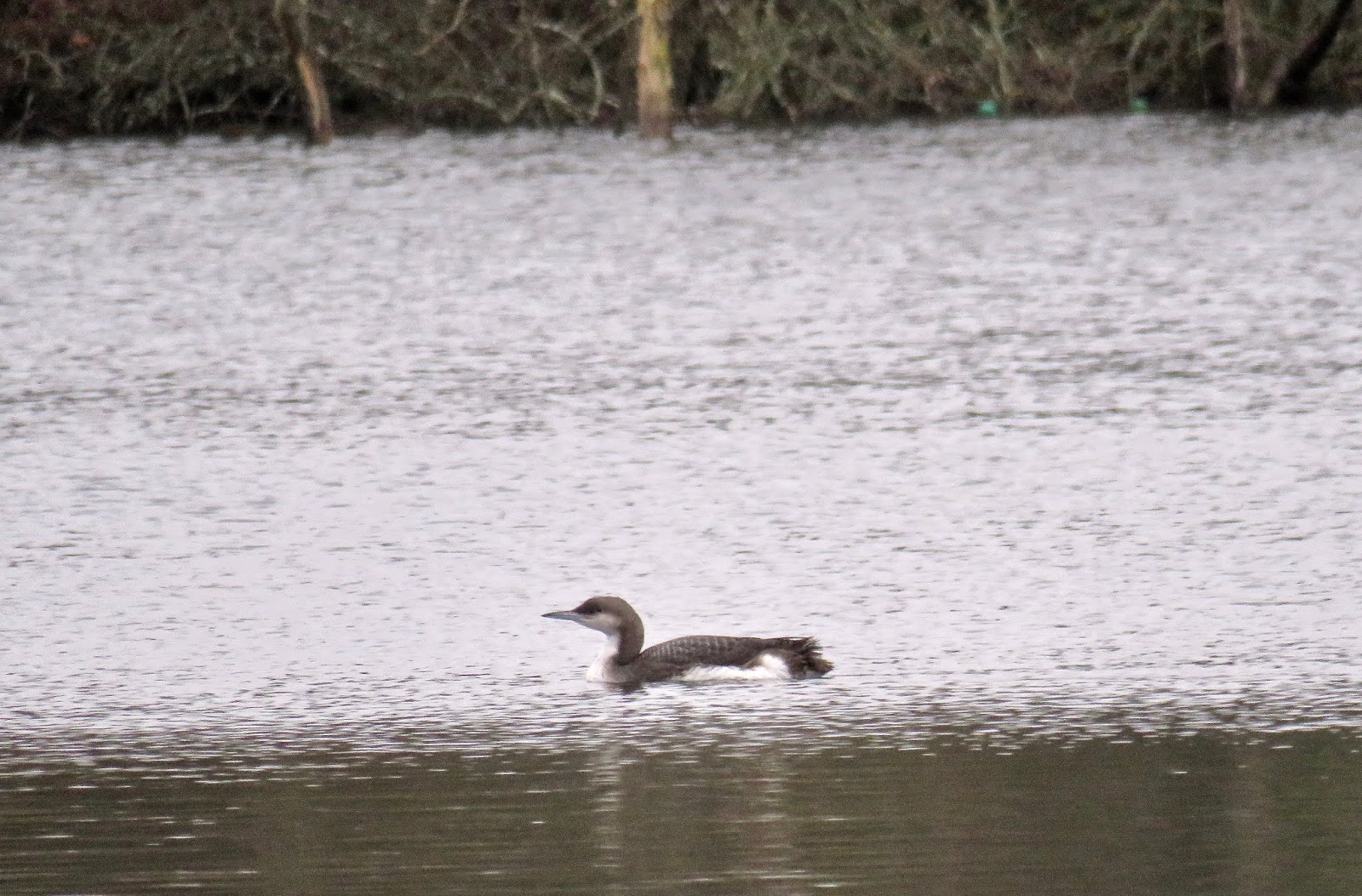 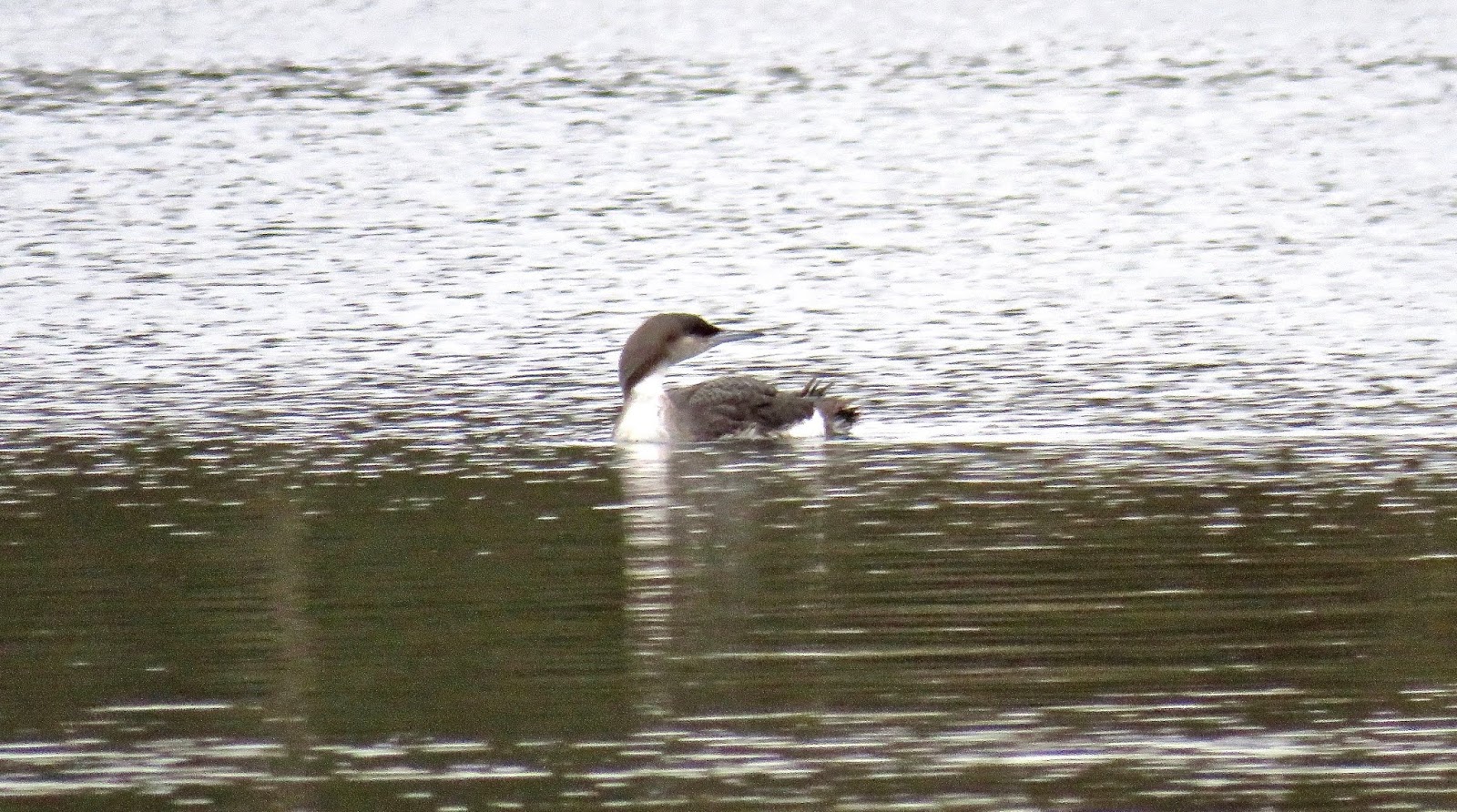 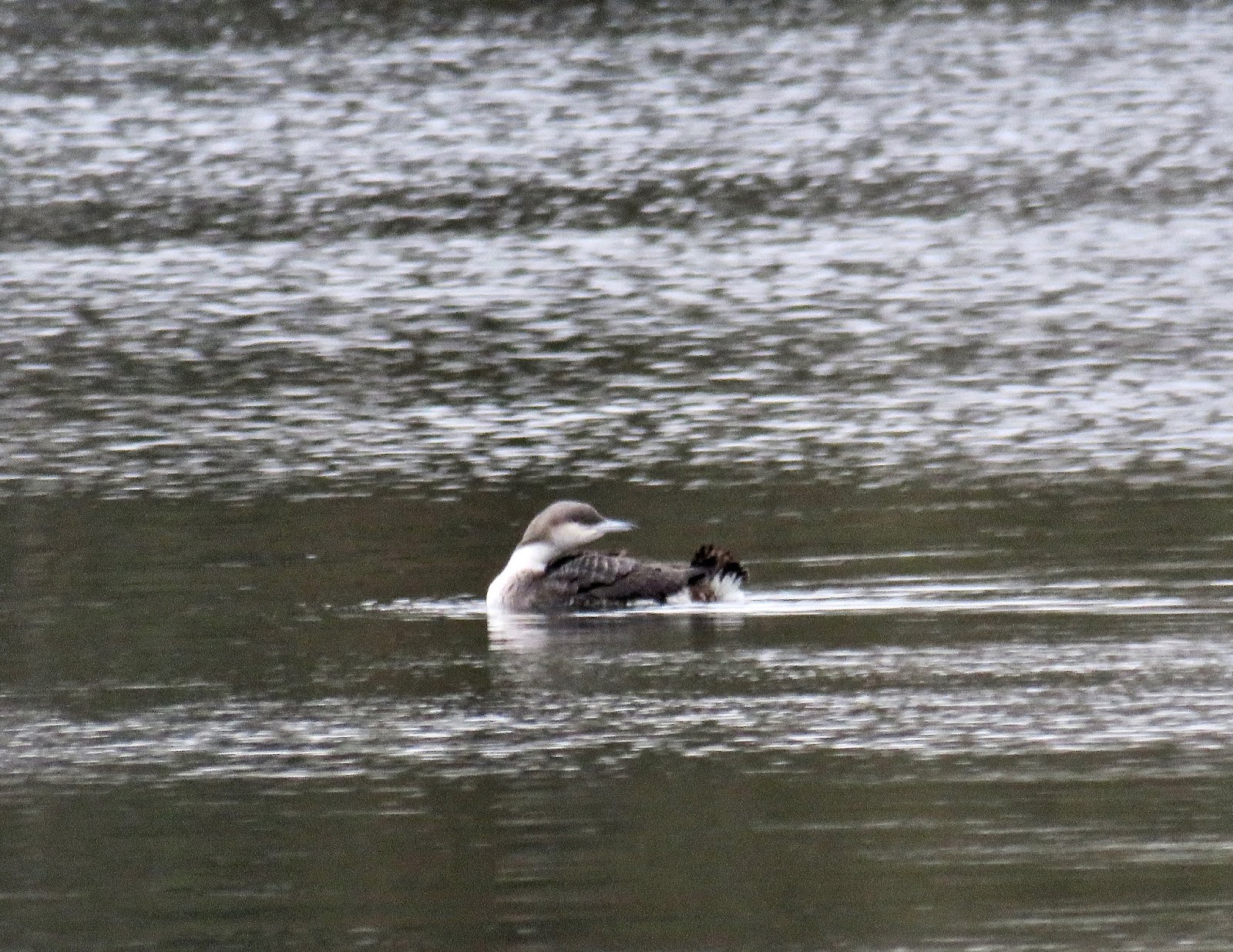 Stewart said…
Great bird Steve, one that even I struggle with on the coast. It is one of Northumberland's most mis identified species and is 100x less common than Red throated. Still, if the seawatching Gods give me a northerly of two in late October or early November, I might pull it back...
4 February 2019 at 22:55

Factor said…
Really nice tribute Steve - Gordon is a great birder and a top bloke. He rings me at all times of the day and I must say I really appreciate that he does. Your photos are the best I’ve seen of the Diver btw! Most of my views have been pretty distant until earlier this afternoon. Enjoying Holmethorpe’s moment in the limelight. Long may it continue!
4 February 2019 at 23:59

Steve Gale said…
This had only one previous Uber patch record in recorded history Stewart - equal to Glaucous-winged Gull and Killdeer (although I saw neither of those!!)
5 February 2019 at 06:57