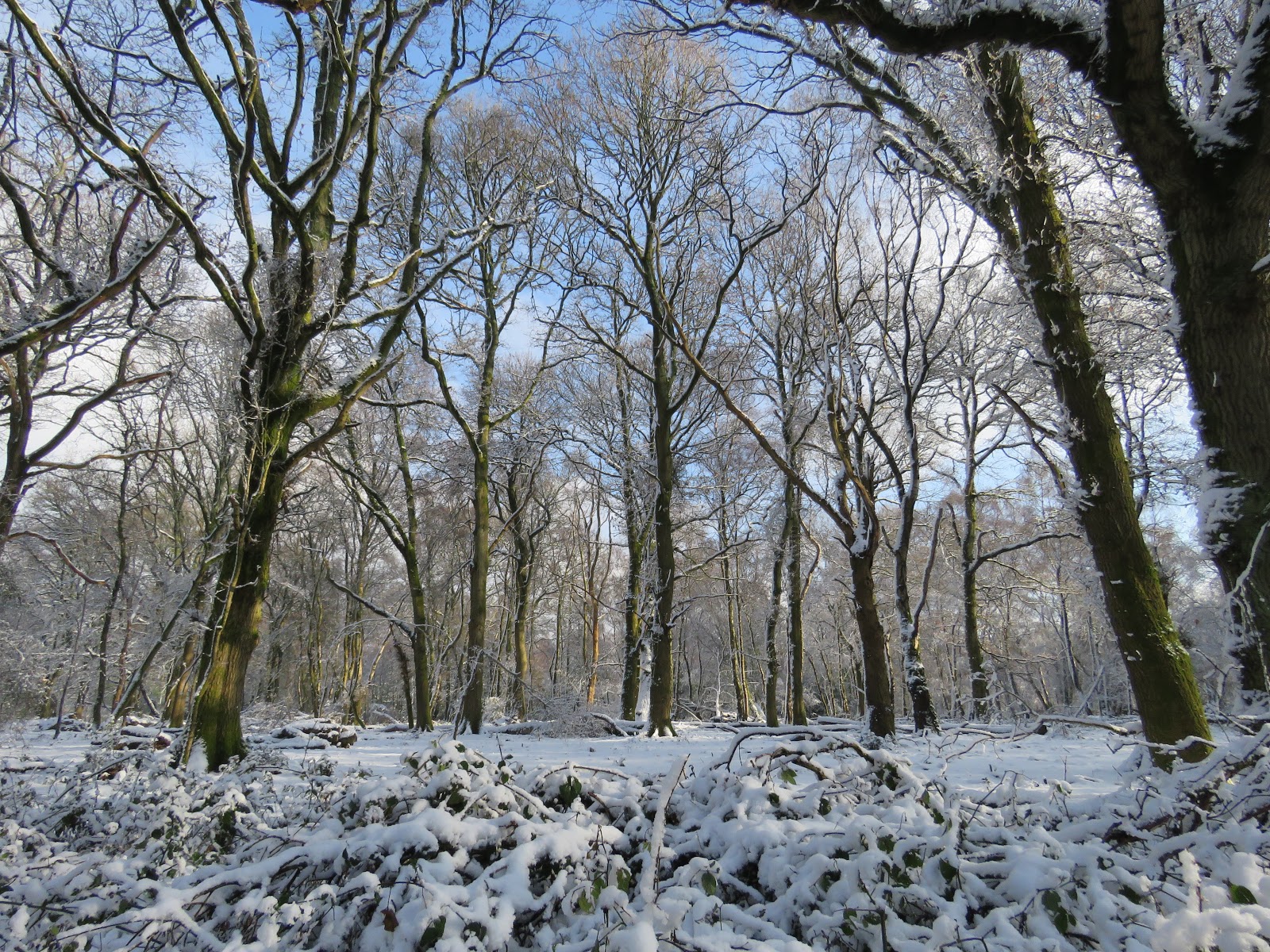 Ranmore Common yesterday morning. Four inches of snow had fallen overnight. A Christmas Card cliche of snow and crystal-clear light, the ice crystals sending sparks of brilliance into the air. The stillness was eerie, the only sound being the pattering of the melting snow as it fell from the trees and onto the white cushion below. And that was the only sound. No birds. No birds at all.

I walked for miles along the woodland rides, through dense forest and across clearings. Silence. I stopped and scanned tree tops, across wooded valleys, looking for the tell-tale signs of birds on the move, of feeding flocks. Nothing.

In three hours, within the wood, I recorded a handful (c20) of mixed tits, two Nuthatches, four Goldfinches and seven Siskins. And a few Robins - we need them in the snow to keep up the Christmas theme, don't we... It wasn't much better overhead, with just a single Red Kite, a Common Buzzard and a few Wood Pigeons and corvids.

This lack of birds is replicated across the uber patch and has been for a number of weeks now. Other birders are reporting the same. A great void where birds used to be. The expected flocks of thrushes and finches gone awol; the roving gangs of woodland birds reduced to a sorry trickle. It is not open for debate that many of our passerines are in decline, that we have fewer birds to record than we did just several years ago. But I've not known such a slump as this. Up until last week the winter has been mild, so hard weather cannot be blamed on culling the population. Is this how it's going to be from now on?

As much as it is easy to look back at the 1960s, 1970s and 1980s as a 'golden period' for bird numbers, the truth is that these years were, in reality, times of reduced numbers when compared to the population levels of the 1920s and 1930s. And no doubt the 20s and 30s would not compare favourably to a century before that. We are dealing with ever diminishing returns (unless you like gulls, pigeons and corvids).

To be a naturalist in the UK in 2019 is to be looking at a bleak picture. Invertebrate numbers in free fall. The number of plant species that are in trouble too many to list. Our bird populations shrinking. The tipping point has been reached and passed. We are now reaping the rewards of our negligence. The craving for cheap food and profit for big business comes at a price, and one that those at the top don't even consider worthy of, well, consideration. So we carry on sleepwalking into a world that becomes more impoverished by the day - spiritually, morally and in its diversity. 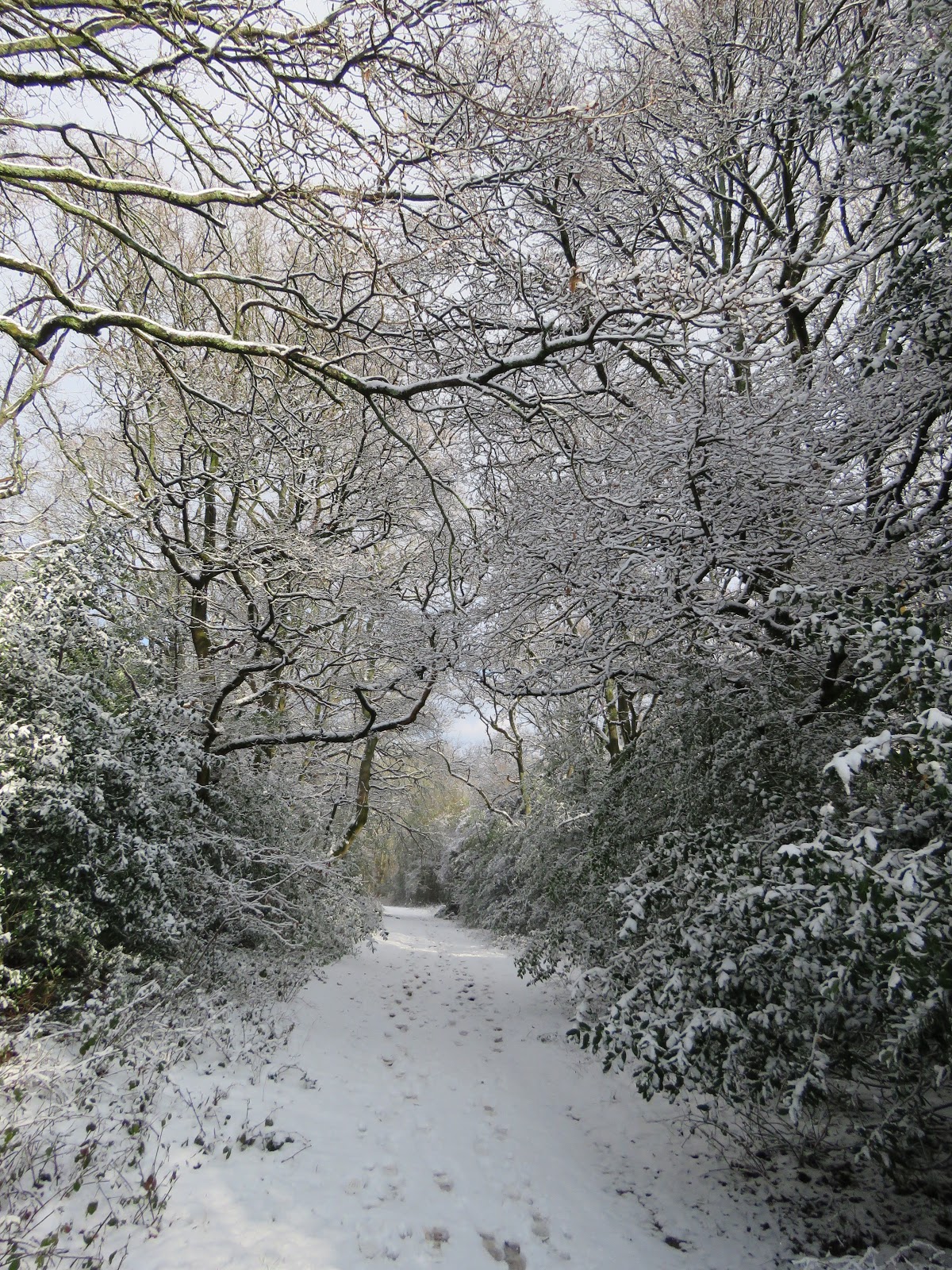 Stewart said…
As naturalists we spend our days grovelling around looking for the dregs of wildlife left. We are excited at a flock of 15 Linnets or a Small Tortoiseshell. To hear young and not so young conservationists trumpeting a single weed field containing 300 finches as utopia may be even more sad, but it happens every day. When and where will it all end?...
3 February 2019 at 21:00

Yossarian said…
Steve, Adam here. Hope you're well. This post echoed my good friend's Dave D S's comments when roaming the Kent downs near Romney St (3 miles east of Shoreham) in the snow last week. We did see a short-eared owl, three bullfinch and some linnets, which I found quite exciting because I'm useless at spotting on the whole.
7 February 2019 at 17:56