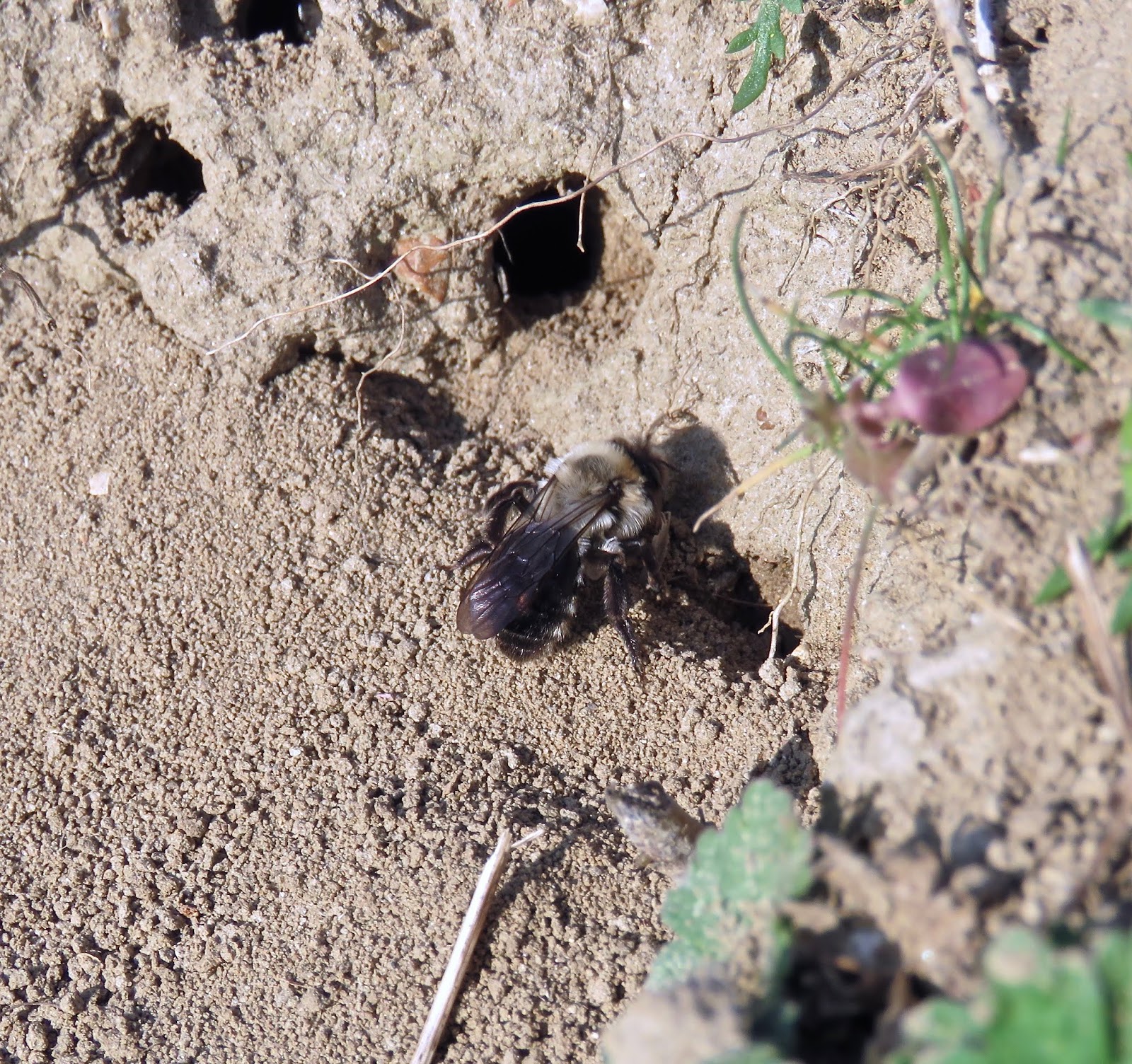 The Grey-backed Mining Bee (Andrena vaga) is one of the non-avian flagship species at Dungeness. It can be found in plenty at this time of year at its colony, at the top of a sand bank (below), outside of Dennis's Hide on the RSPB reserve. The staff are very proud of the bees presence, and even advertise the site with a small wooden sign that alerts birdwatchers, most of who would more than likely walk past the insects on entering the hide.

Although specimens and photographs had been taken here in 2009, it was not until 2014 that they were identified and the insect seen again in 2015. This is a rare insect that is known from very few sites indeed. 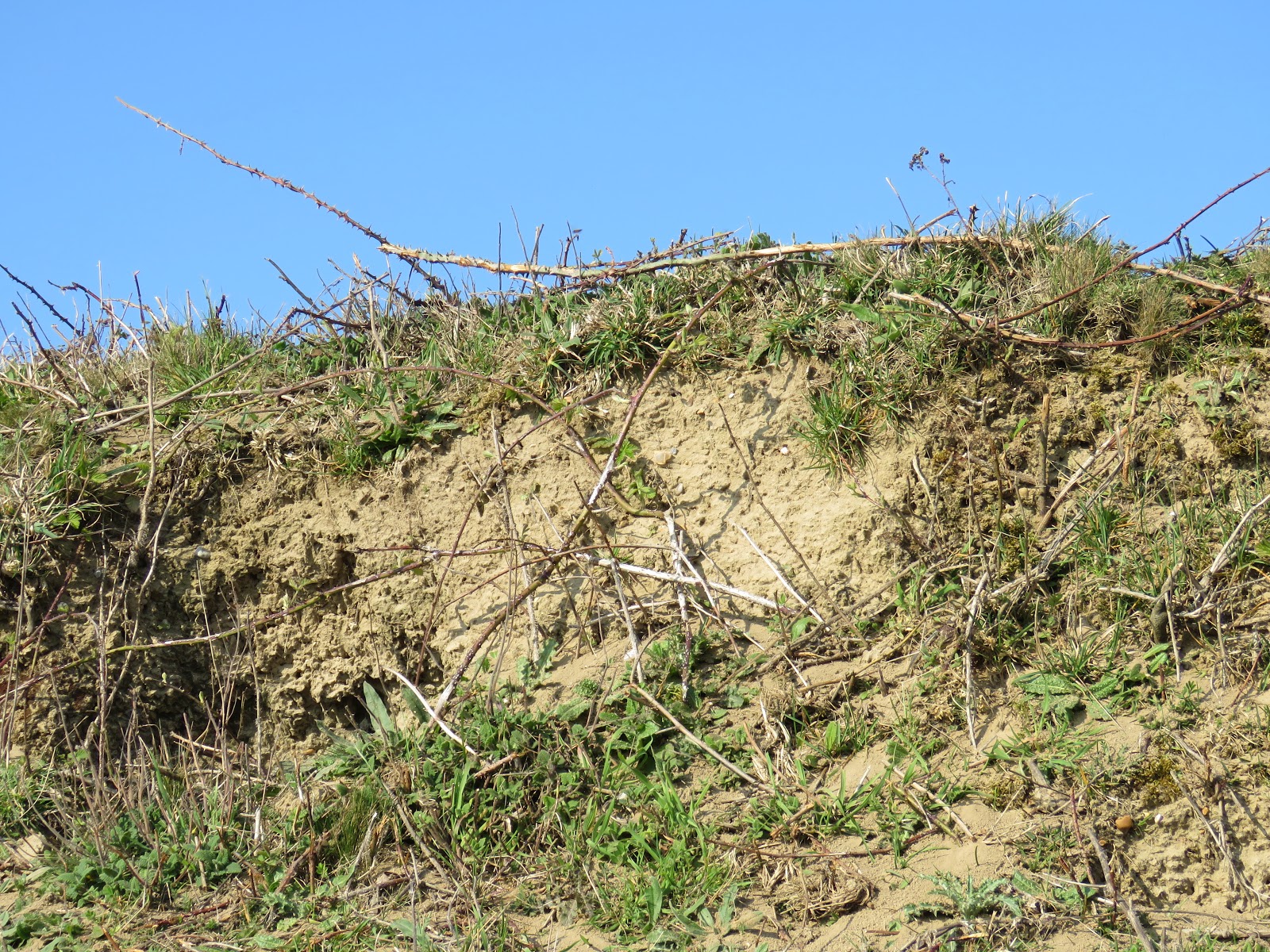 To finish off this protracted round-up of my Dungeness stay, a special plant - the rosette of the only Early Spider's Orchid to be found on the shingle. 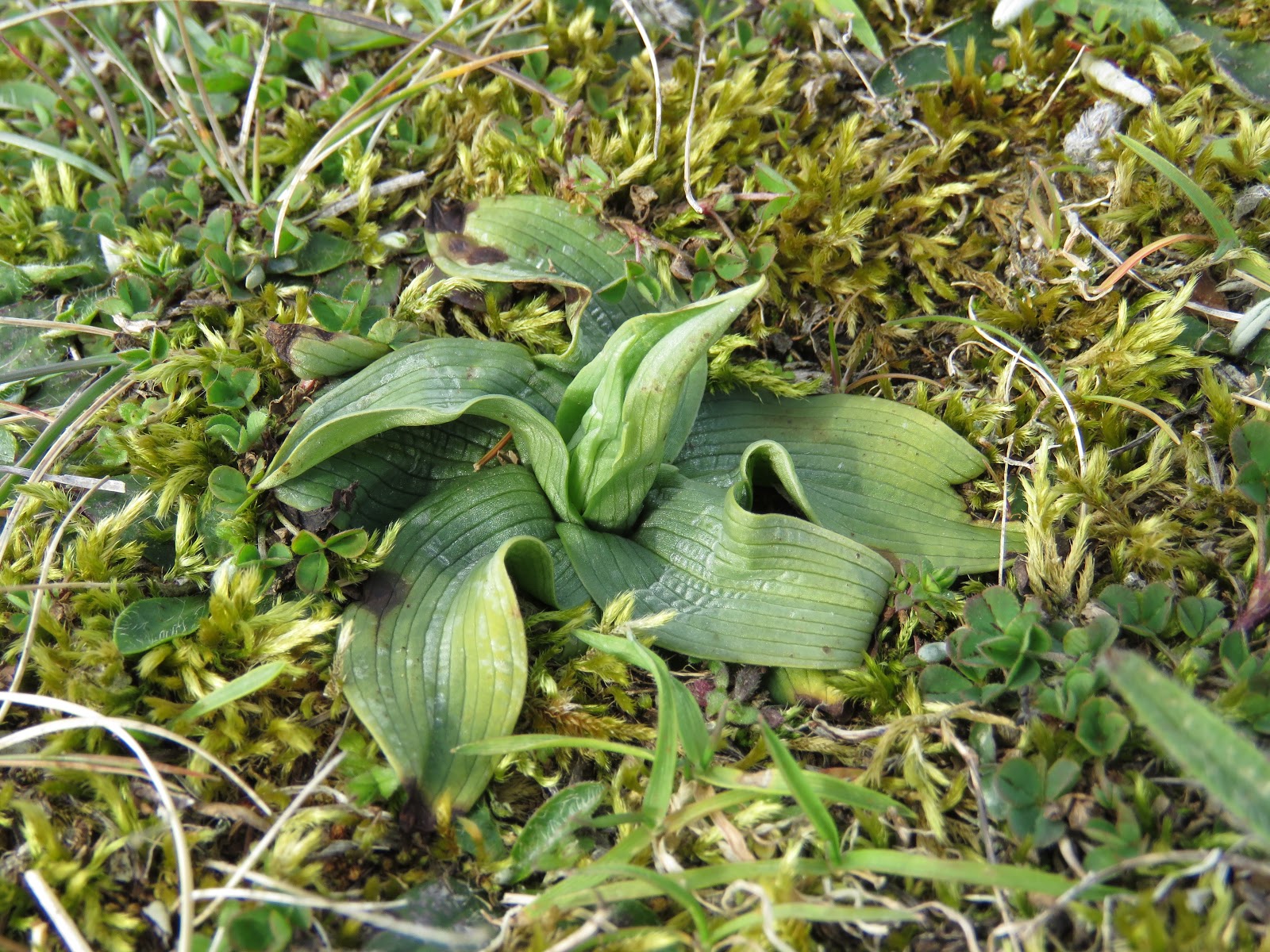 dmcjournal said…
Sounds like you had an enjoyable few days away.
When I commented on your 'simpler times' post you said you would like to know how I got on, I've now posted what happened during March.
2 April 2019 at 09:41