A stolen couple of hours 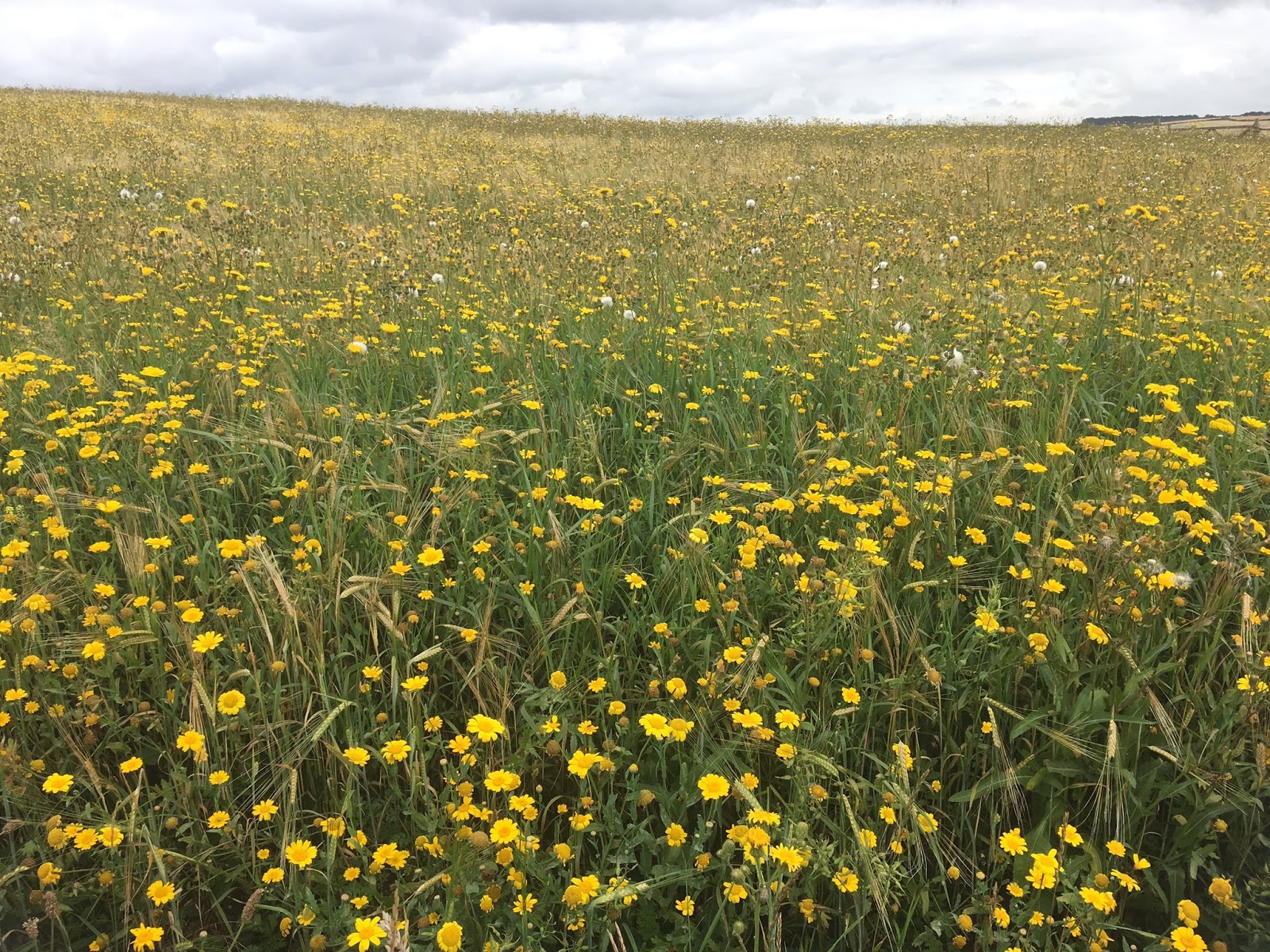 It’s quite surprising what can be fitted into (and be seen) in a stolen couple of hours in the field. While the rest of the family did what normal people do on the beach, I headed up to the set-aside fields on the cliff-top at Whipsiderry. There is a good arable flora here, including a great deal of Corn Marigold (in the photograph above with Sowthistle). I also found Field Madder, Field Pansy, Sharp-leaved Fluellen and Musk Mallow in the briefest of searches. Overhead there was a steady southward trickle of Common Swift (175), Swallow (225) and House Martin (35). A couple of Hummingbird Hawk-moths were also buzzing about.

Earlier in the day I was treated to the presence of a group of at least eight Common Dolphins off of Porth, several of which jumped fully out of the water, showing off their markings a treat. Not a species that I see from the south-east coast.
Corn Marigold Porth Whipsiderry