July 02, 2019
I've just returned from a brief 'shingle sojourn' at Dungeness. The weather was hot, the wildlife fair-to-middling for late June and it was, all-in-all, a good place to be. Last year I posted this photograph from c1920 of the Dungeness school that was situated on the western flank of what is now referred to as 'The Trapping Area':

You can see the exposed position on which the building stood, and to the left of the school a standing railway sleeper line is apparent - these are still upright to this very day. I'm a sucker for nostalgic thoughts and stood on this very spot last Sunday, thinking about the teachers and pupils in the photograph above, wondering what they would make of the power station, the rampant vegetation across the peninsula and the 'new money' that has flooded into the area causing London prices to be attached to what were their very own humble abodes. This is what the site looks like now: 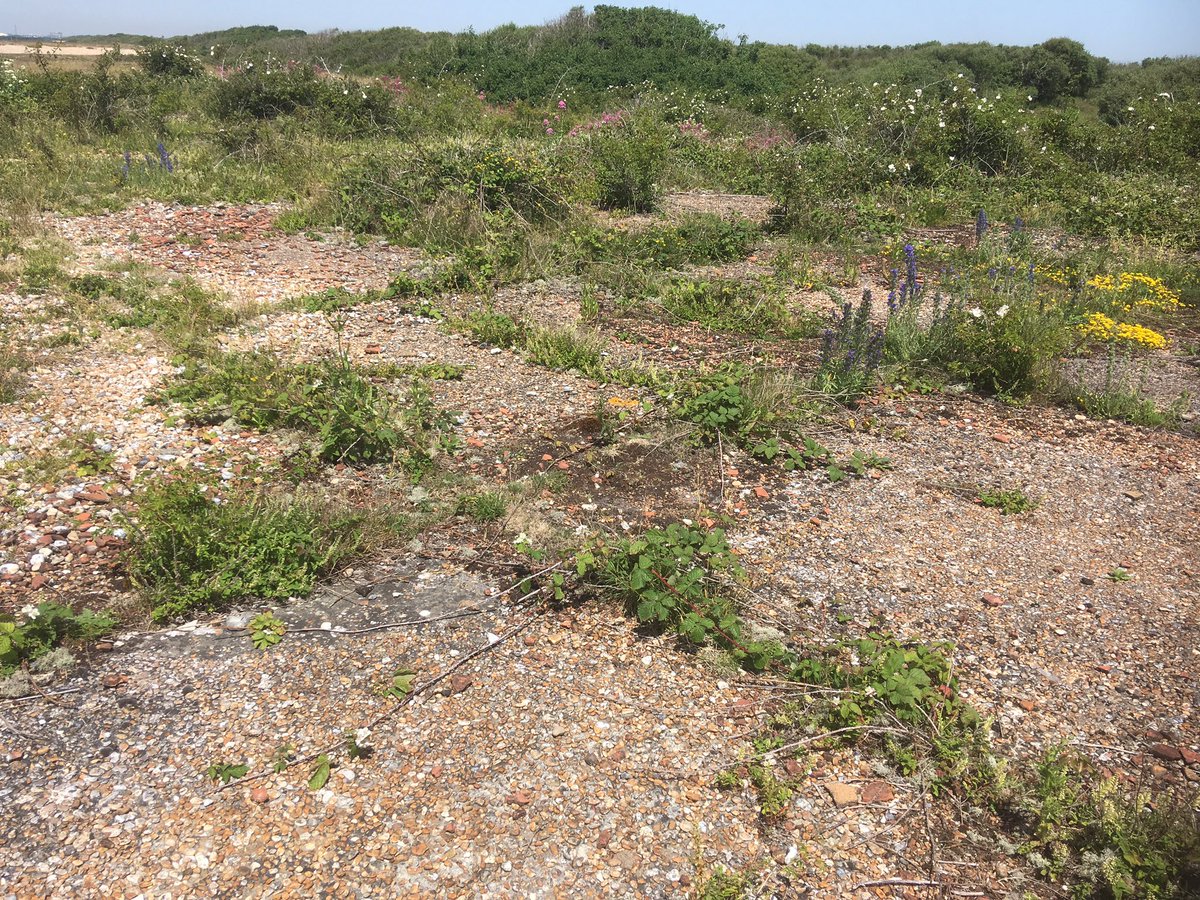 The room layout can be clearly made out, with shards of tile, brick and glass still left over from the schools demolition back in 1969. The last pupil walked through the doors during the Second World War, just before the local children were evacuated. Lessons were never recommenced.
Dungeness school