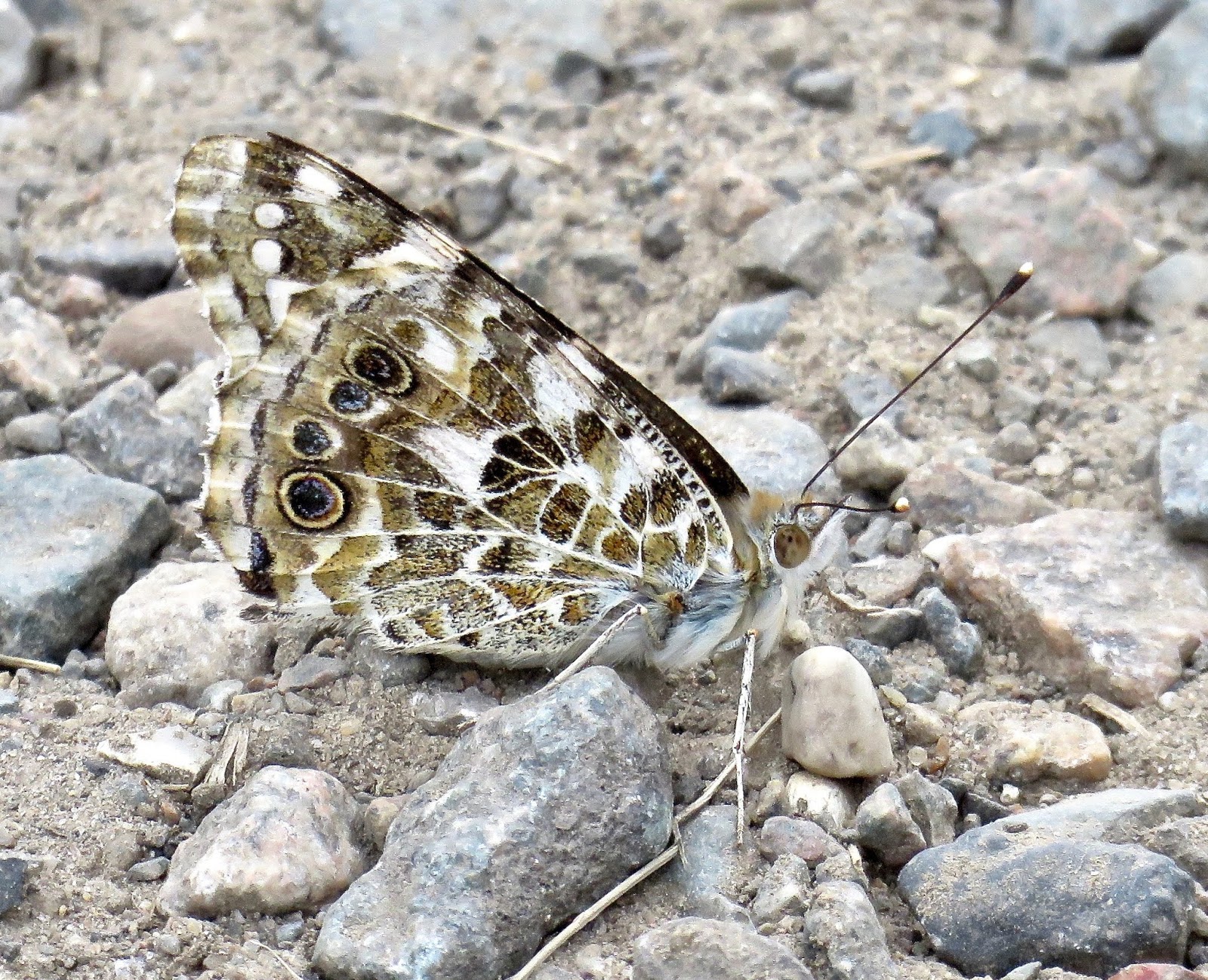 The month of September is only four days old, but the weather has turned characteristically autumnal - breezy and showery with a touch of mugginess. Few butterflies were on the wing, although those hardy Vanessids still manage to take strong and meaningful flight. This Painted Lady landed for long enough to show off its delicate and intricate underwing pattern. On of the best in my opinion.

Details of the colour ringed Mediterranean Gull that I saw yesterday on the River Arun at Ford has come back speedily from Hungary. They are: