Looking down, looking up 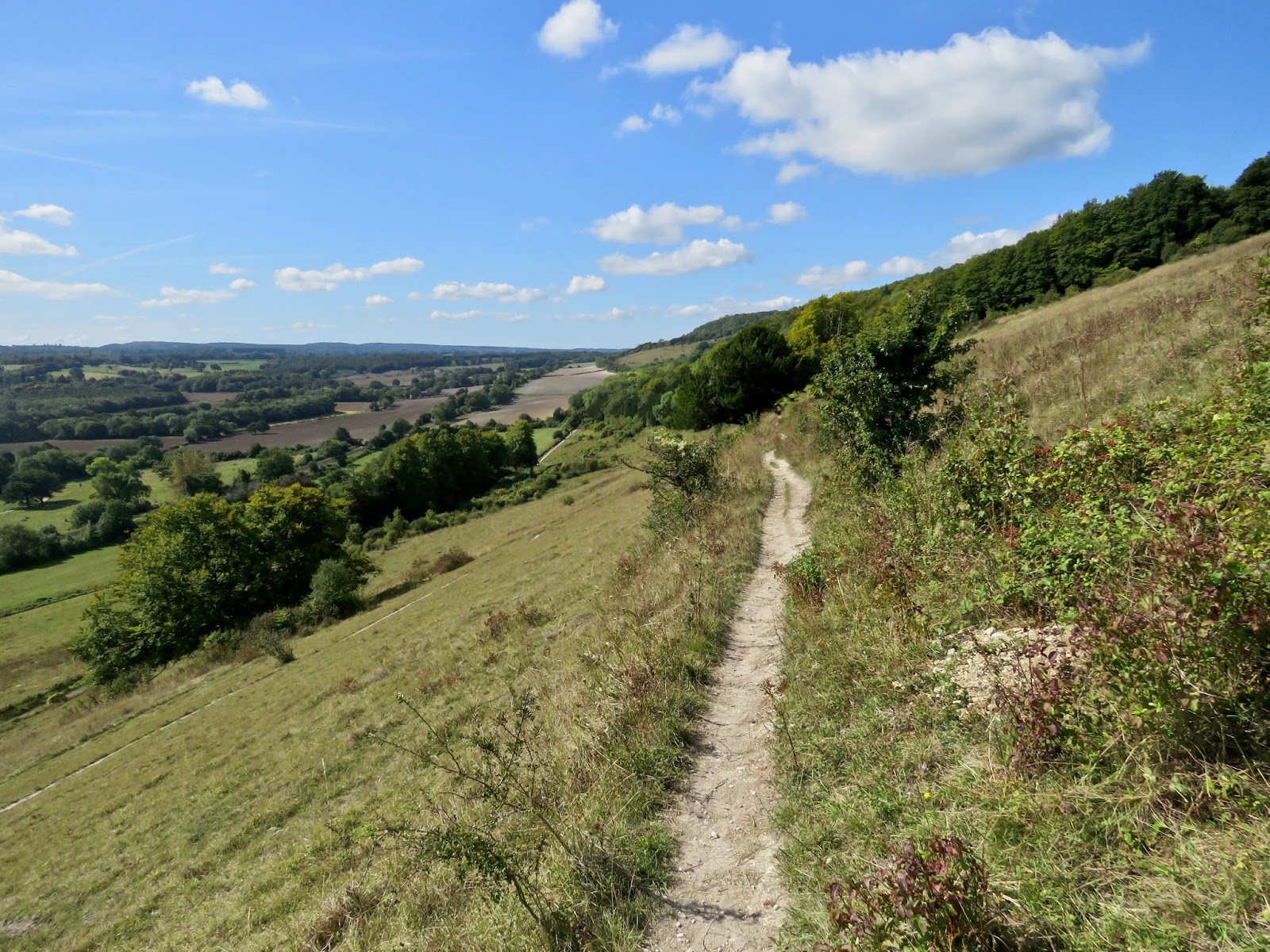 Denbigh's Hillside on a warm and sunny morning is a delightful place to be. It has the lot - scenery, plants, butterflies and birds. The main purpose of my visit was to monitor the butterflies that were still on the wing. We are coming to the end of many of their flight times, and, for some species, today may well have been my last chance to observe them in 2019. Numbers were quite low considering how good the weather conditions were, with the commonest 'blue' being Adonis (although they still didn't reach double figures and were by and large tatty) but in contrast the only two Silver-spotted Skippers seen were still very fresh. 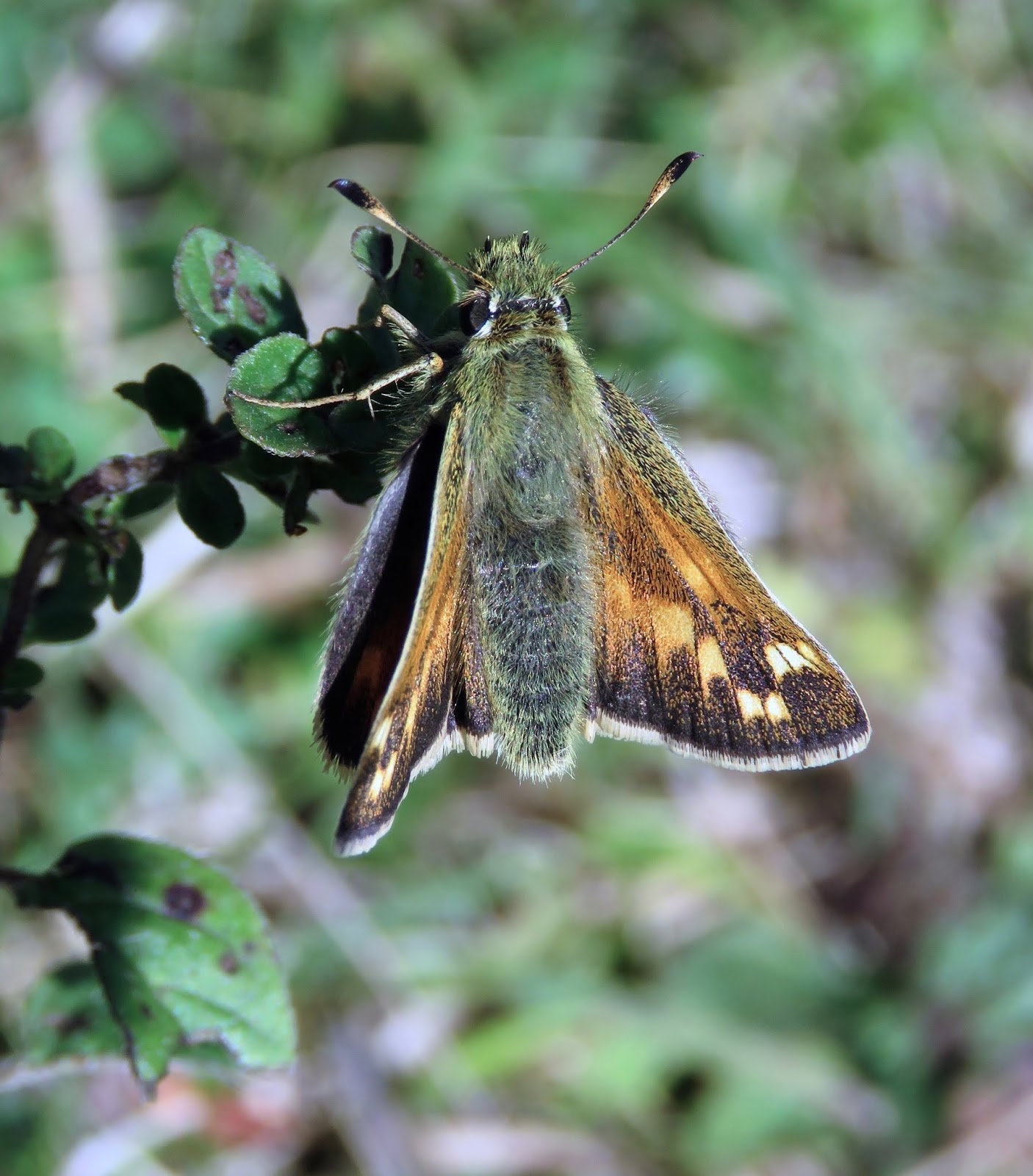 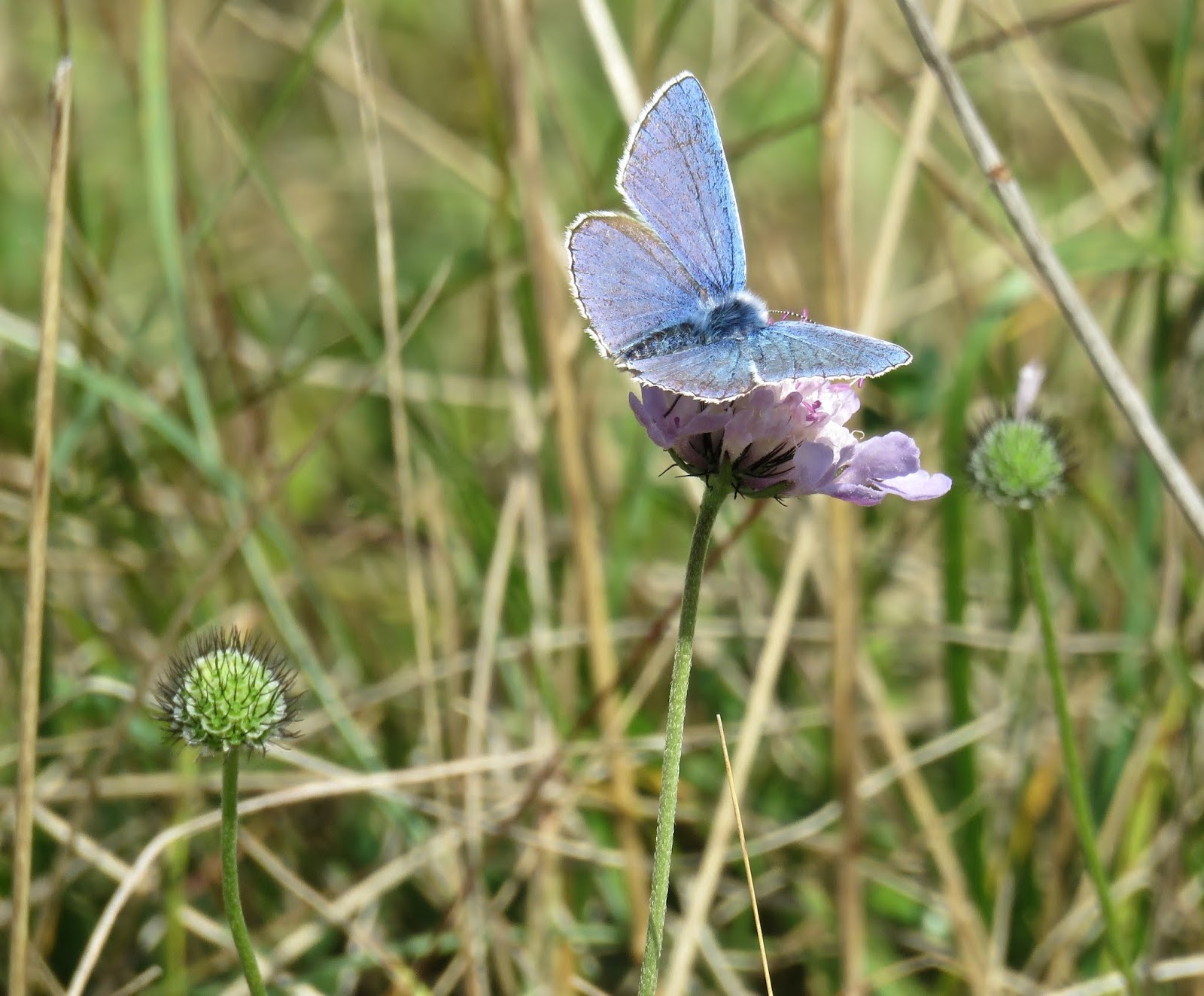 It was a good morning for raptors. At least 15 Common Buzzards were in the area, and among them, for a good 10-15 minutes, was a female Goshawk, loafing around before coming in directly over my head and off towards Ranmore Common. This was 'top-trumped' by a Honey-buzzard that appeared with a Common, but then peeled away and purposefully headed westwards (at 12.45hrs). A Common Redstart (below) and a couple of Ravens were also seen. 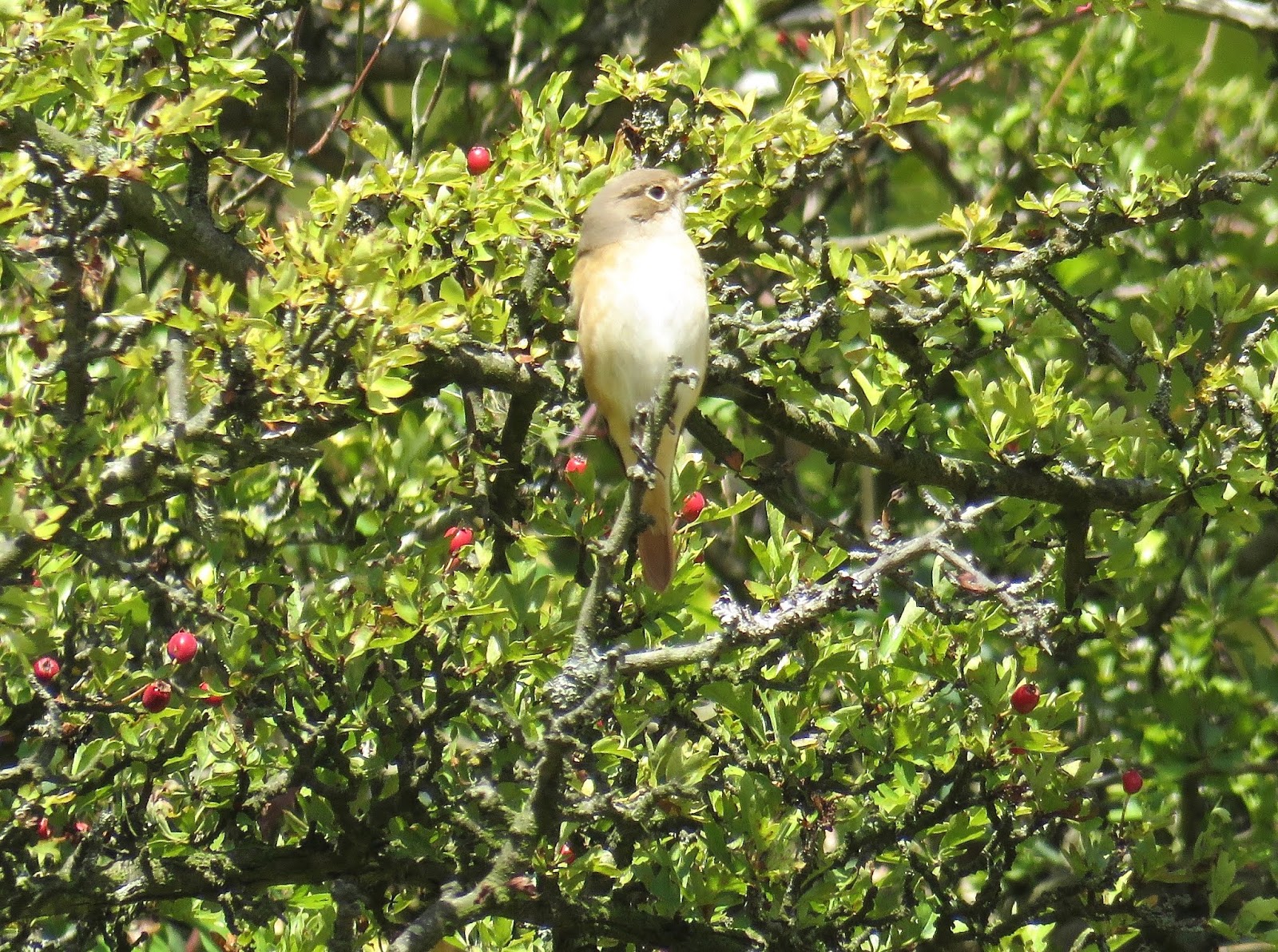