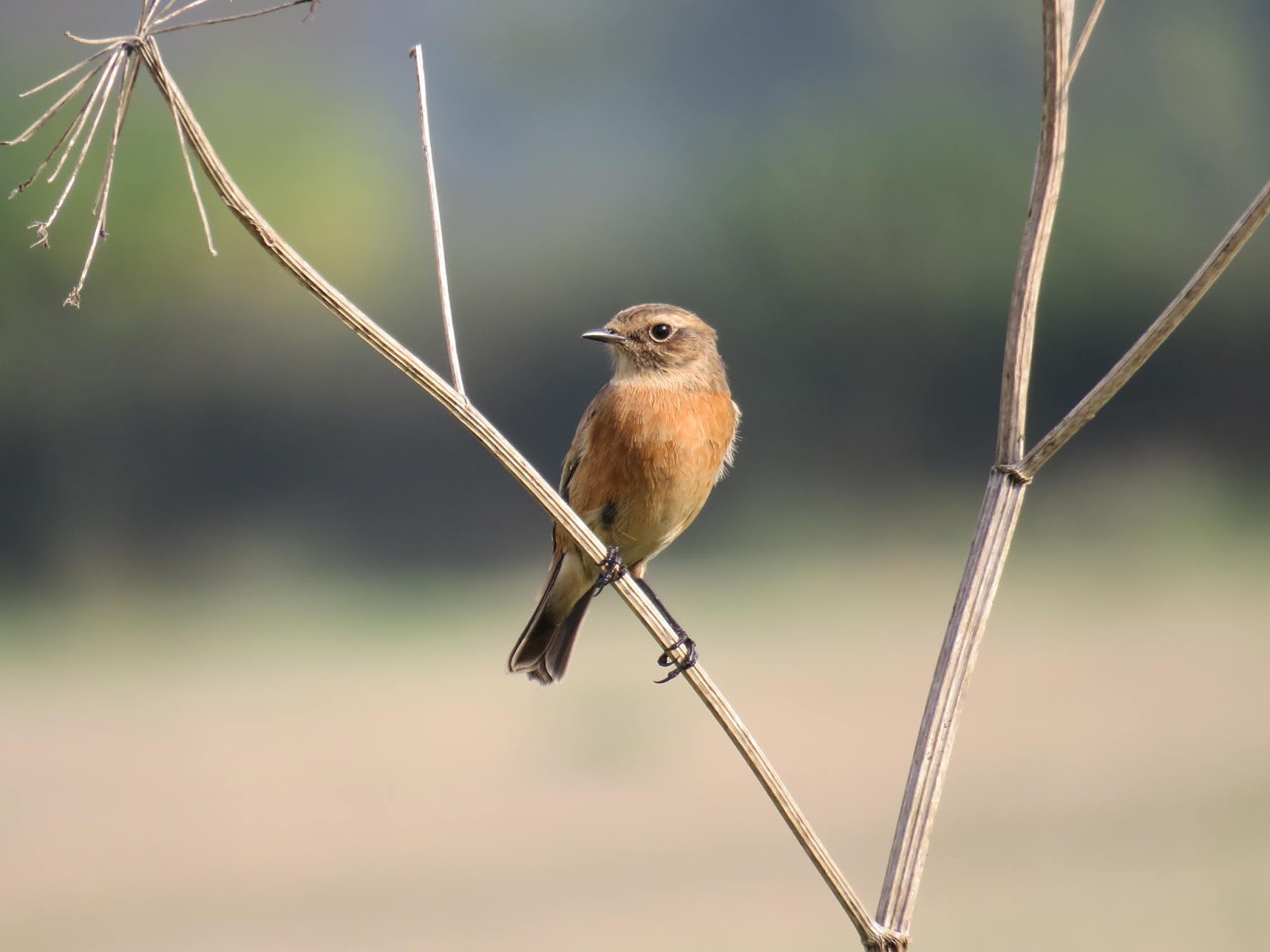 We are in the full swing of Stonechat passage that is enjoyed during each 'mid-autumn' period. This year seems to be a good one for this most charismatic of chats, with multiple counts and obvious turnover at several sites. Over the past few days I have observed:

As can be seen, by keeping a note on the sexual composition of the flocks, there is some turnover going on, that sometimes the numbers can only hint at. Just because five birds become six birds the following day does not necessarily mean that just a single new bird has arrived - they could all be different!

Although the species does breed in the county (mostly on the western heaths) many vacate their breeding areas, with some British birds wintering as far away as North Africa and Iberia. There are Surrey ringed birds that have been recovered in Algeria, Morocco and Spain.

Any open ground can hold them. Go and have a look...
Stonechat