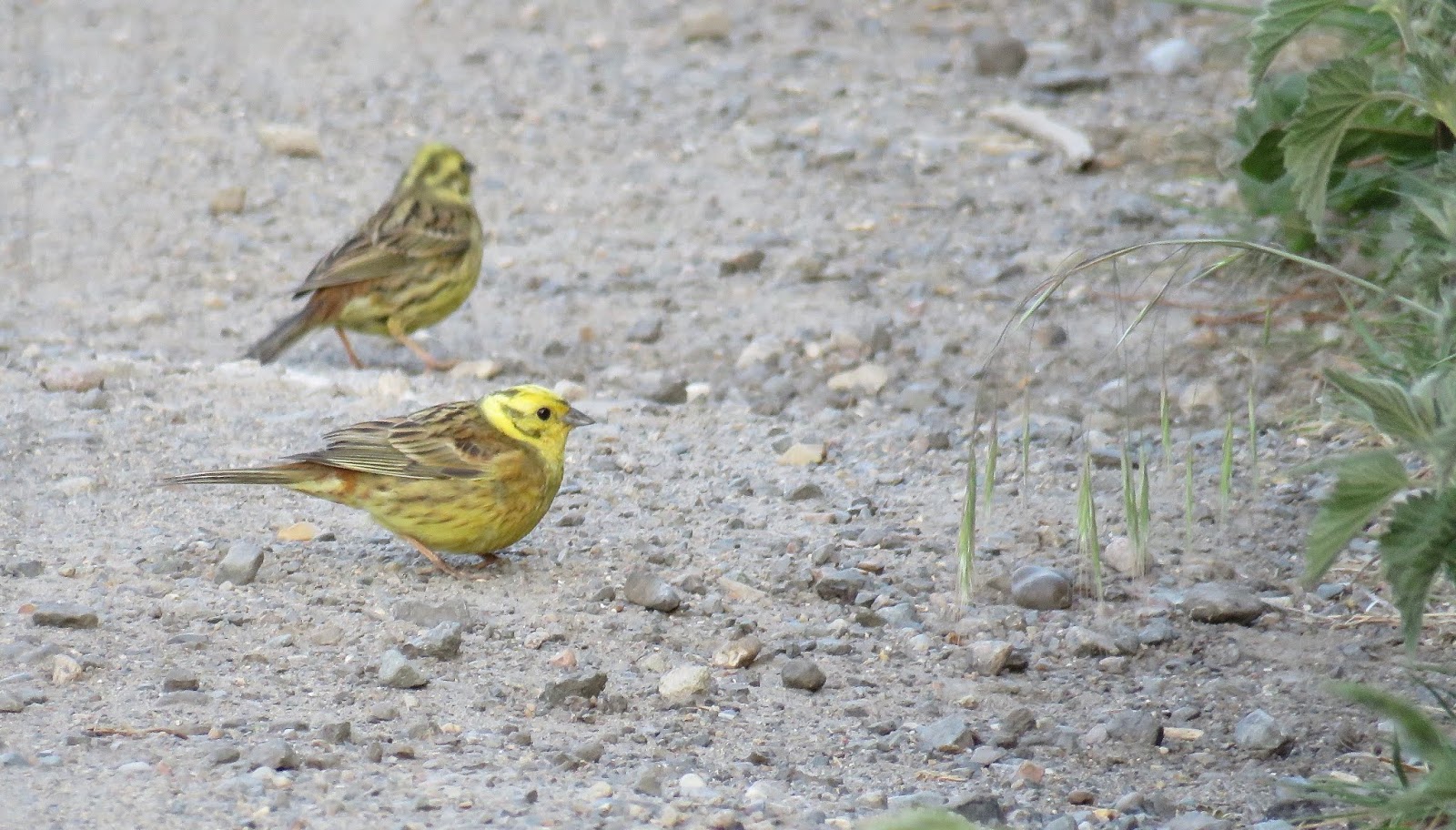 For the past six years, a group of mid-Surrey birders, loosely based along the River Mole valley, have held an annual bird race in late-May. Due to the ongoing lockdown it looked as if this year's bird race might fall by the wayside. However, David Stubbs (now of Norfolk, formerly of Buckland) stepped in and put together a rescue package. Instead of teams madly thrashing around the defined Mole valley area for the day, individuals were invited to bird from midnight to midday, on foot or on bicycle, venturing no further than 5km from home. Many took up the challenge and a number of teams were then formed, with the final competitive totals being derived from the member's cumulative score. I found myself together with two Surrey stalwarts - Steve Chastell and Robin Stride - under the name of The Three Tringas. It would be grossly unfair to Steve to suggest that this was a coming together of the old boys, but it was not too far off the truth.

This morning was a cool and blustery affair, with sharp showers starting to get a grip towards noon. It didn't make for ideal birding conditions, but everyone took it on the chin and just got on with it. The area covered went beyond the Mole Valley. A few of the competition's original participants had moved away from the area, and some of the others do not live within the defined borders, so wherever you were became the place that you birded from. This did of course skew the results, but that was neither here nor there, it was very much about the taking part. Given the wide-ranging geographical spread, most individuals recorded between 55-60 species and team scores were largely c80-85 species - apart from one team that is, that Robo-birder collective 'Linnet to Win It' who trounced us all. We could look for excuses - they had better habitat, possess younger ears and eyes, etc, etc - but they just know their stuff and the area incredibly well.

My own total was a meagre 56 species with a combined score of 85. I spent half the morning at Canons Farm (the hoped for Yellowhammers all present and correct) and the rest of it on Epsom Downs (where two pairs of Red-legged Partridges performed.) Nothing unusual came my way, but a pleasant time was had, with just a touch of masochism to keep me alert and on my toes.
at May 23, 2020

'Linnet to Win It' is a superb team name! My own choice of team name would have to be 'Flocking Twite', especially as I bird solo up here :)

When you come back to your (once) home Seth, we will team up under that name.