Swifts on the downs 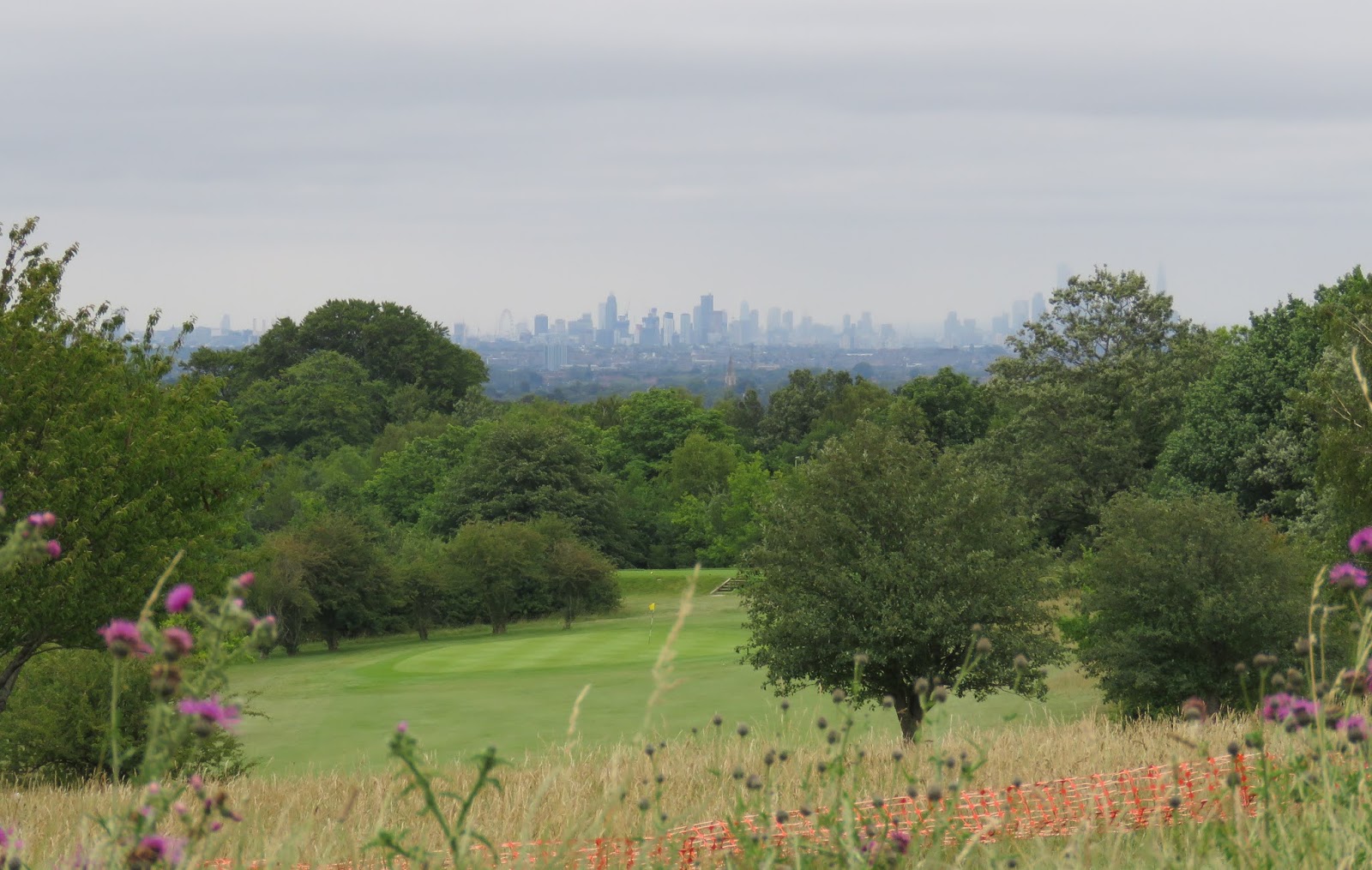 Epsom Downs is less than a mile - south-west - from our house. I have spent more time here looking at the flora rather than the birds, although ornithologically it does come up with the odd highlight. Being at height, it commands rather fine views looking northwards, taking in the Chiltern Hills and, especially, London (see above). It looks ripe for being a worthwhile vismig spot. Much to my shame I have not really given it a fair go in this department, although I have experienced a few days of good hirundine and pipit passage while sitting in the 'lookout' car park, and during the Honey Buzzard autumn of 2000 saw a group of four birds pass overhead.

This morning, with Common Swifts having been recorded passing west of me, I decided to get myself up there and give it another go. Epsom Downs is a large site, but even so has remarkably few places that afford clear, unbroken views - the heavy undulations in the landscape are the reason for this. However, the 'lookout' car park allows unimpeded visual access to almost 180 degrees of sky between west and east, looking north-north-westwards from the parked car. It makes sense to stay with the car, not only for shelter in case the weather turns, but also because there is a golf course directly in front and behind of you, with a fairly busy road running alongside the carpark. This is not a site to depend on bird calls, due to the traffic, and I will only use it for Swift/hirundine movements.

Back to this morning. Between 07.30 - 10.15hrs a westerly passage of Common Swifts was enjoyed, with a final total of 449, a burst of 100 and then 90 within a twenty minute spell. Also joining in were 5 Swallows and a couple of Sand Martins. The Swifts did shift to a south-westerly passage briefly, just for ten minutes or so, before returning back west. The site has now been added to Trektellen. Epsom Downs is not a part of the North Downs ridge, more a chalky spur of high ground running off north from it.