I arrived at the Washington 'South Downs Way' car park at 06.30hrs, immediately heading up the hill towards Chanctonbury Ring. This section of the Sussex hills are well served with footpaths which criss-cross the open farmland. This is big sky country, blessed of set-aside fields, hedgerows, copses and, most importantly, birds. Chiffchaffs and Blackcaps were already calling and an early Common Redstart and Spotted Flycatcher boded well for the day ahead.

Chanctonbury Ring the site of a prehistoric hill-fort (the grove of trees is an 18th-century folly). Both times that I've birded here there has been little on offer within the 'ring', all the action taking place along the fence-line and northern slope between the dew-pond and 400m east of the grove, (this eastern end characterised by a graveyard of ash die-back victims). The morning visit was bright enough, with Whinchat, Wheatear and plenty of commoner warblers, but my return visit (at about 15.30hrs) was really enjoyable, as a loose flock of 10 Spotted Flycatchers (below) were joined by single Common Redstart, Whinchat and Wheatear, feeding along the fence-line just by the dew pond. 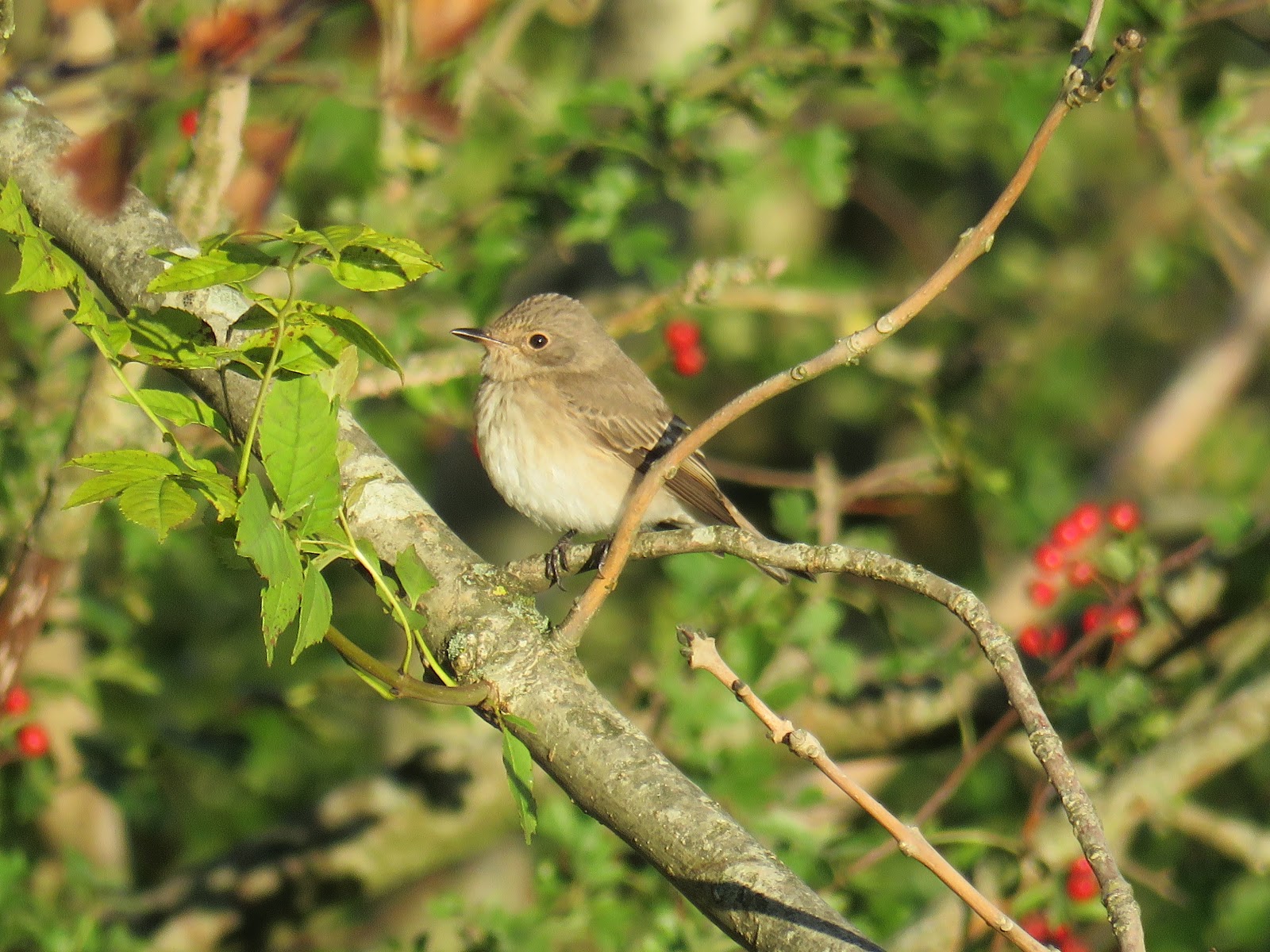 The walk across to Cissbury Ring (site of a Iron Age hill-fort) was a pleasurable one, with sweeping views across the open fields which are punctuated with copses and hedges. The set-aside strips were tempting hundreds of passerines to feed, mainly Goldfinches and Linnets, but also Meadow Pipits, lurking warblers and the odd chat. It was also my pleasure to bump into the 'Sussex Warblers' - Chris and Juliet Moore. Cissbury itself was lively, highlights being 6 Spotted Flycatchers, 8 Common Redstarts, a Whinchat (below), a Lesser Whitethroat, 30 Blackcap, 23 Chiffchaff and a Willow Warbler. The walk back to the car was made via the eastern footpaths that linked up to the South Downs Way. It was pleasing to come across a field with abundant Crimson Clover, a species that I do not see very often. 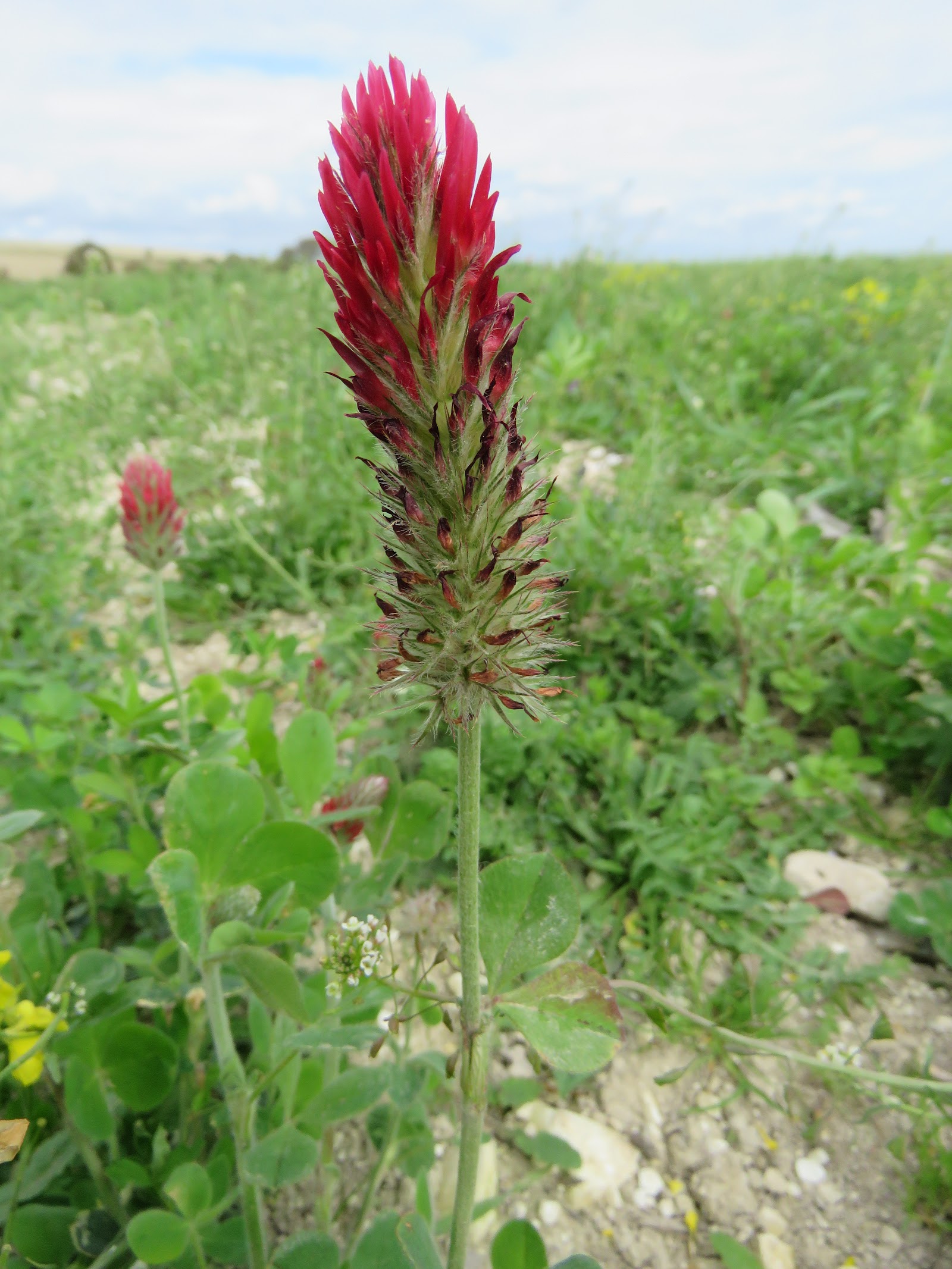 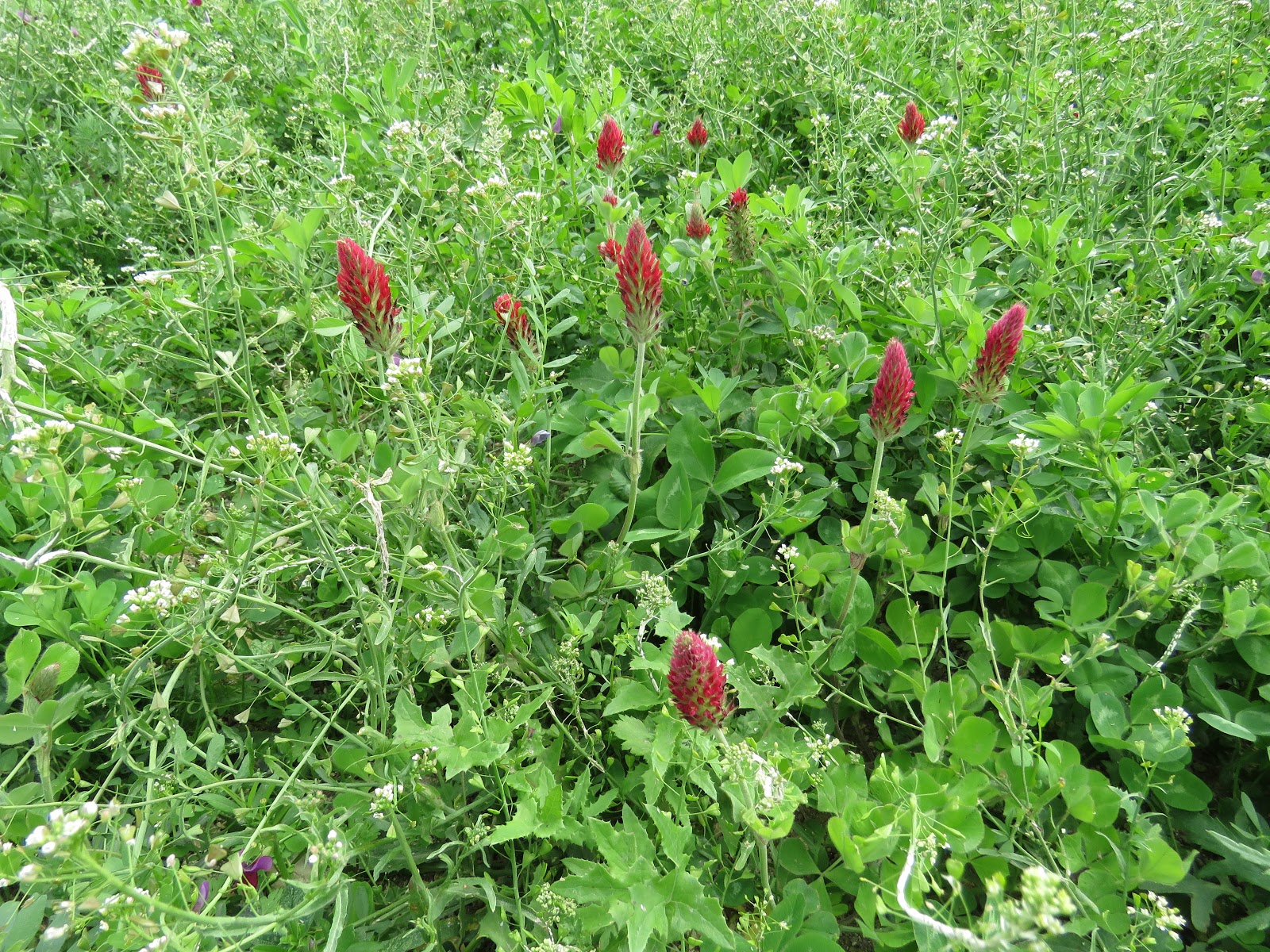