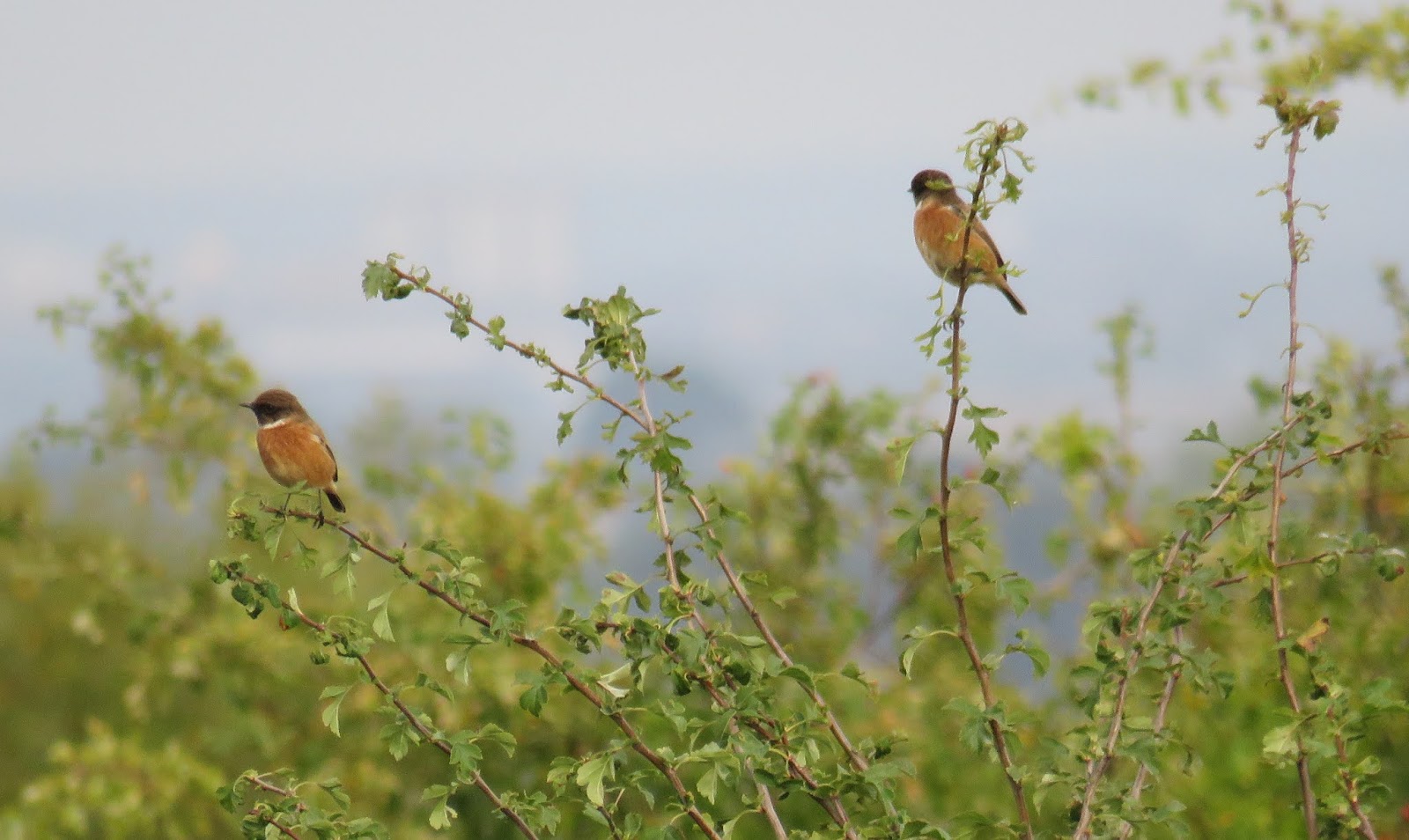 On September 18th 2017 I was lucky enough to witness a massive movement of hirundines at Canons Farm, that included 6,710 House Martins (a Surrey county record) and 4,000 Swallows. It was one of the finest local days birding that I have had the pleasure to witness. And, for three years, that record has stood. Until today... 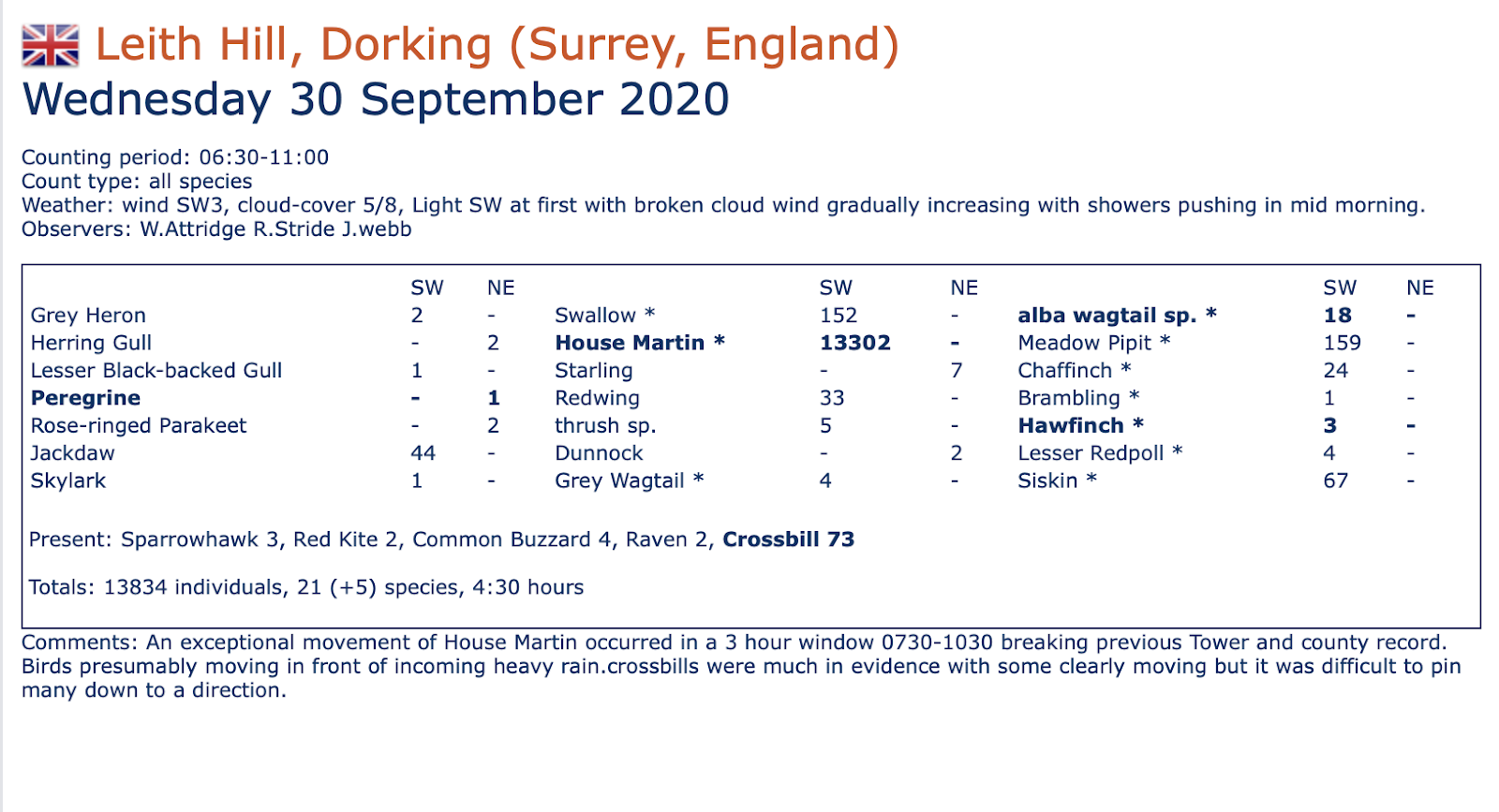 My birding chums Wes and Robin have obliterated it, with a remarkable 13,302 House Martins! At the same time I was seeing nothing from my Banstead lookout, but on repositioning to nearby Priest Hill recorded 2,200 moving between SW and W (08.35 - 10.15hrs). Moving hirundines are one of the most arresting and exciting sights that a birder can witness. Without wishing to 'Top Trump' the boys, my all-time House Martin record is an almost unbelievable 90,000 at Dungeness on 23rd September 1989.

Congratulations are due to the new 'Surrey Hirundine Kings'! I have a feeling that their record may last a bit longer than three years.

Typically enough I chose today over yesterday, same place, same time and we barely made three figures; what a difference a day makes...

And that, Steve, is birding in a nutshell...