South Downs and beyond

Compared to the North Downs, the South Downs generally has steep slopes on both flanks (with a narrow summit) and largely lack woodland at their tops. This creates a dramatic, open and wild landscape. This morning I walked from Washington to Amberley (West Sussex) and back. This section runs roughly parallel with the English Channel, that can be clearly seen some six-and-a-half miles to the south.

First light was surprisingly muggy. Chiffchaffs were already calling and were joined by Skylarks, Yellowhammers and the rhythmic chugging of Red-legged Partridges. A largely uneventful walk to Sullington Hill was livened up by the scrub on the eastern flank being full of birds, mostly Blackcaps and Chiffchaffs. The latter was going to be a feature of the day, birds observed moving eastwards at vegetation height along the South Downs Way, using the thin strip of hedgerow as a fly-line. At least 60 were recorded.

At Chantry Post it was a blizzard of birds. Up to 700 House Martins were loafing about, many moving a short distance to carry on feeding over Chantry Hill. Two stubble fields were playing host to an enormous flock of Linnets - 1800 out of a day total of 2000. Beyond them a female/imm Marsh Harrier was patrolling. Good numbers of Yellowhammers (below) and a few Corn Bunting (below) were present, with day totals of 50 and 14 respectively. 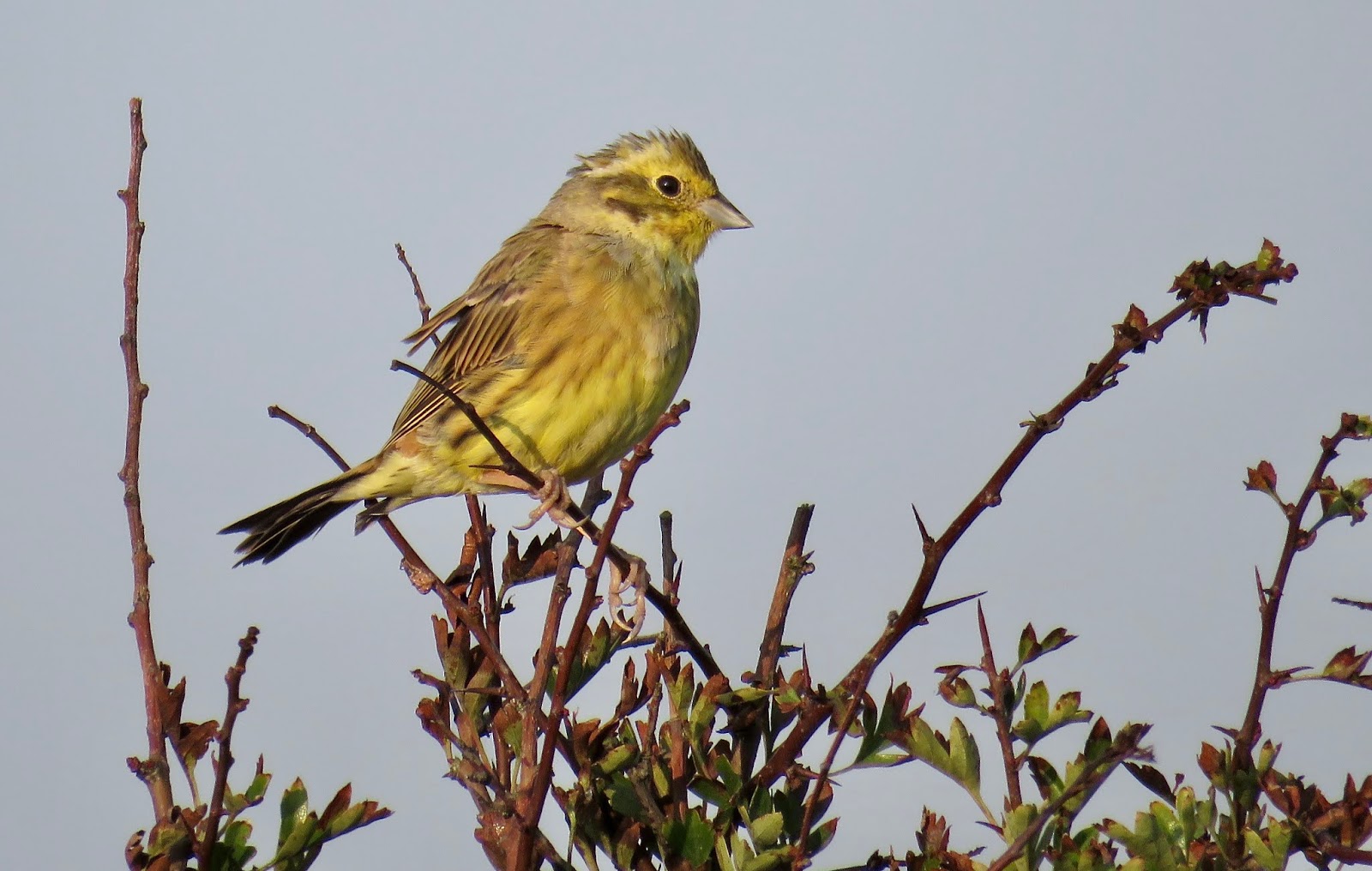 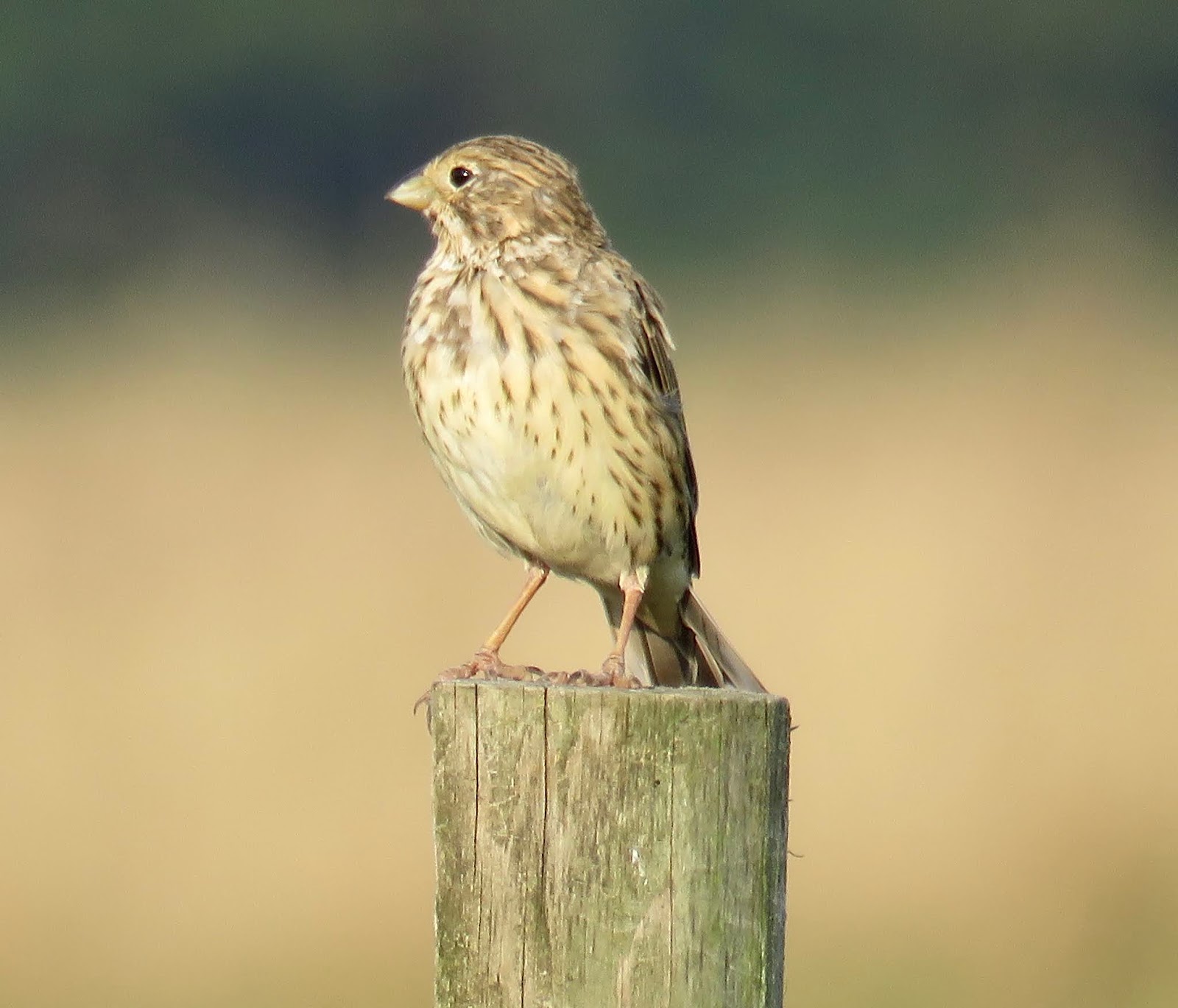 By the time I reached Kithurst Hill it was getting decidedly warm, and the summer migrants started to show themselves, one muck heap enticing a Wheatear and Whinchat, with nearby scrub holding Common Redstart (3) and Spotted Flycatcher (below), 11 out of a day total of 14 being found between here and Rackham Hill (plus one back towards the start of the walk). The only Yellow Wagtails of the day were two, with cattle, as I descended into Amberley. 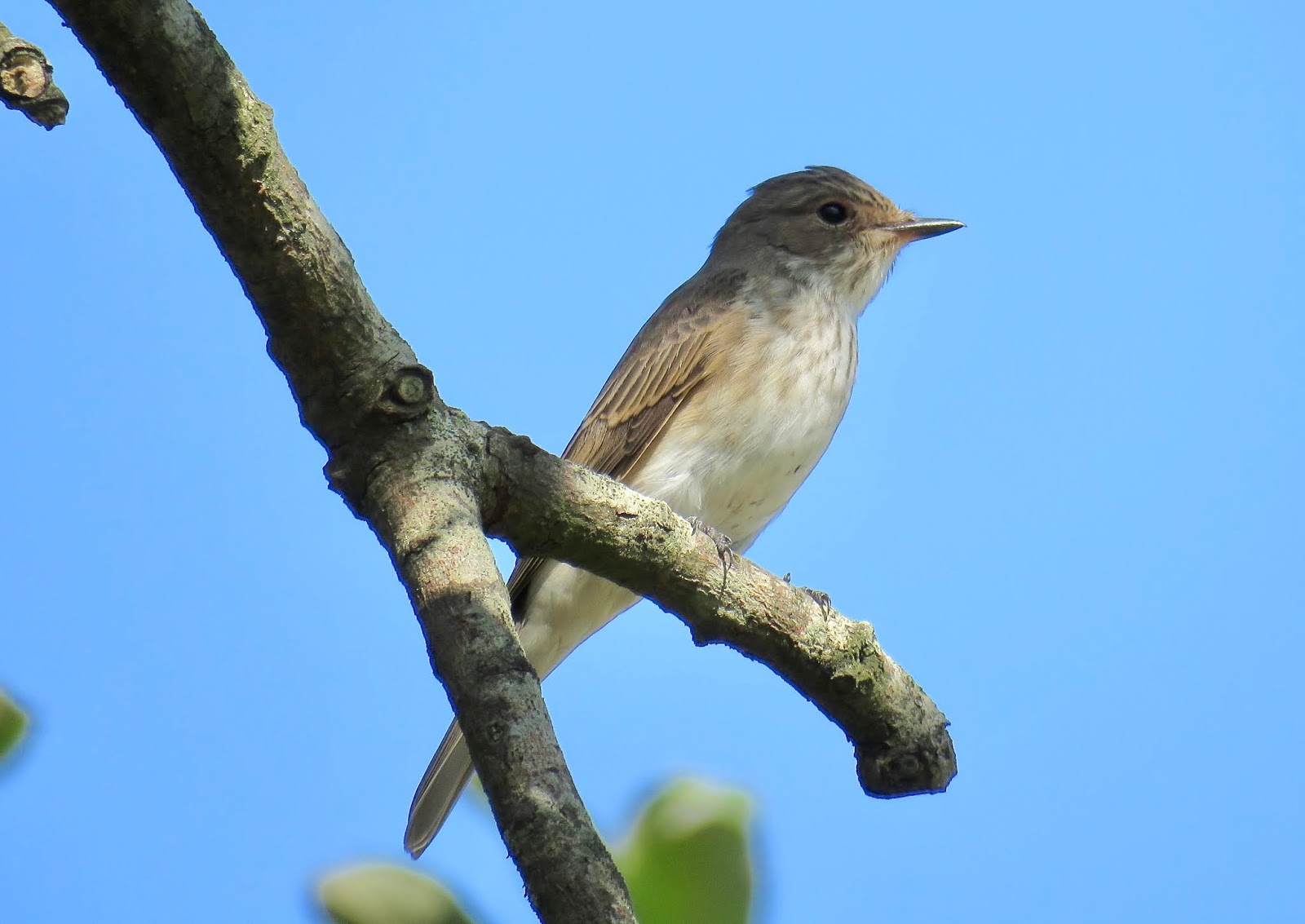 The journey back was under bright blue skies and a hot temperature. The cronk of Raven and mew of Kite and Buzzard was ever present (20, 14 and 15 respectively). With them was a young Peregrine and three Hobby. A few Siskin were heard calling, but in the bright sky few could be seen. A count of 100+ Red-legged Partridge most probably points to a recent release.

The overriding memory of today was of the flycatchers. Most scans of the tops of the small dead Ash trees along the ridge would reveal at least one, the largest flock being four. Their calls and bill snapping accompanied me throughout the day, their slinky silhouettes as they sallied forth to feed was a frequent and painful reminder of what I used to take for granted back in my birding youth. I stood watching a group for some time, then looked northwards, realising that behind them were two of my Surrey 'patches', Box Hill and Colley Hill, 24 miles in the distance but easy to make out. The ornithological contrast between the two sets of downs is, unfortunately, stark. 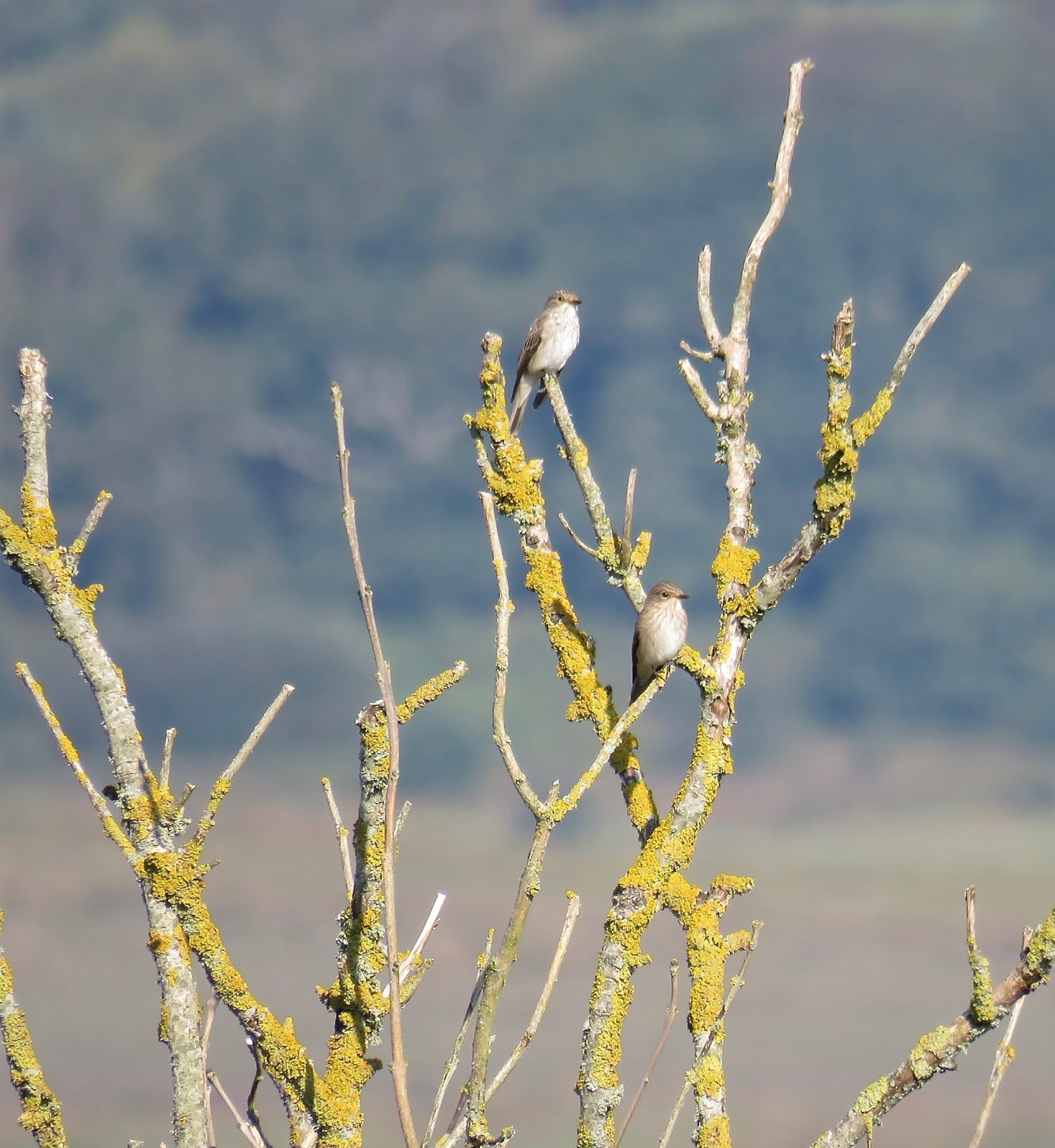 Thanks Steve, beautifully observed. My grandparents were both born to milling families on the South Downs. Indeed between my grandmother and her younger sibling being born my great grandmother never left the cottage between Jack and Jill windmills. Not sure if this has anything to do with my feeling most at home on the South Downs.

Thank you Tim. It certainly is a place of tranquility.