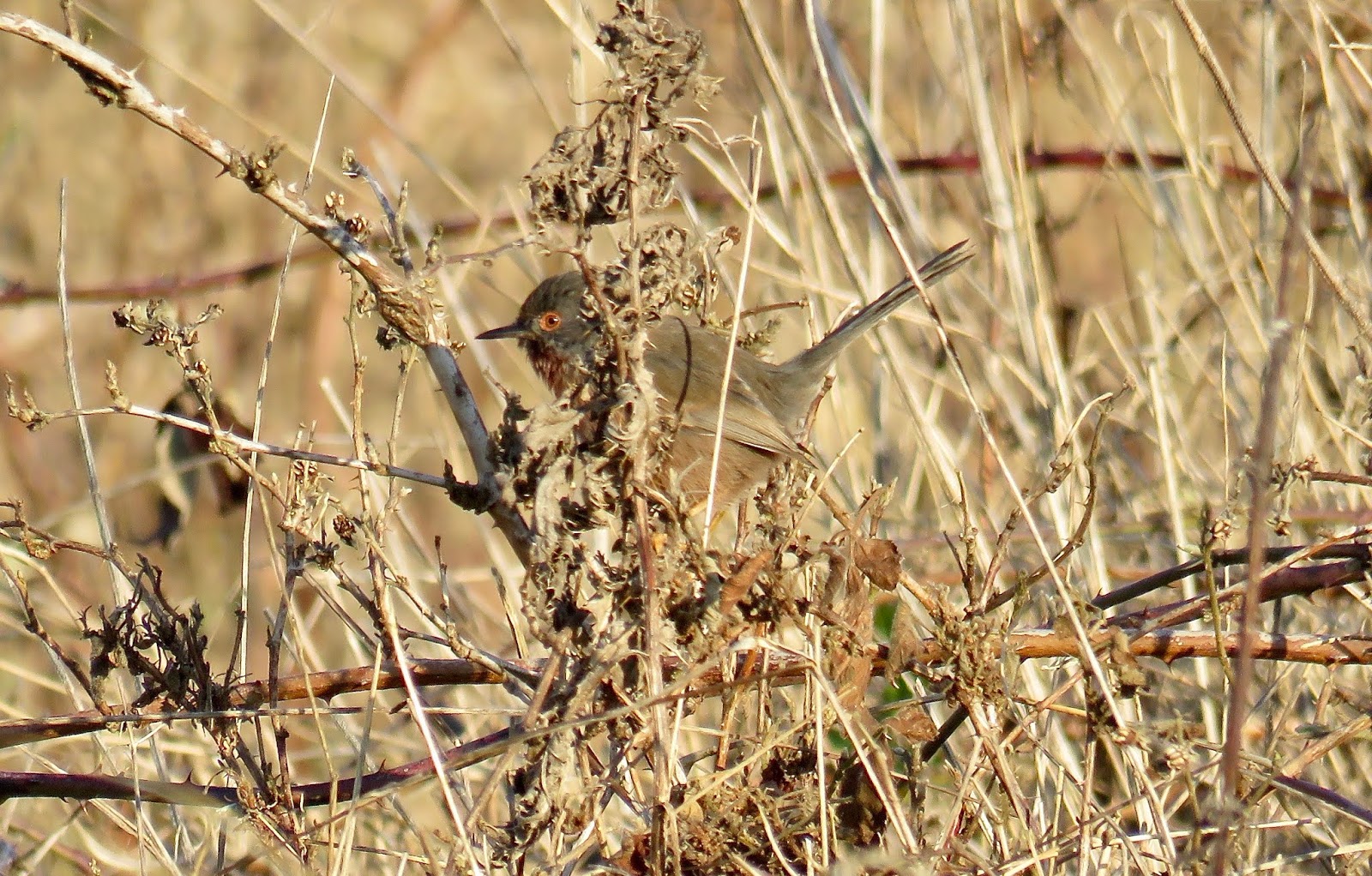 I am now 38 days into this current birding lockdown project. As we are almost at the month’s end, it seems like a good time to look at what it has provided - and, for an area that is half suburbia, half open land, I’d say that it has provided quite a lot. My home is on the south-western fringe of Banstead, happily surrounded by downland, horse-paddocks, farm and wood, but with plenty of residential area, particularly to the north. It is also dry, save for a couple of town/village ponds and one short section of a modest river.

On reading that list back, that isn't bad for an area just outside of a London Borough, with no appreciable water - a dry hinterland, if you will. The Dartford Warbler deserves expanding upon - found yesterday by local birder Emma Barker, it resulted in the gathering of three other local birders - myself, Steve Thomas and Shaun Ferguson. After giving us the run-around yesterday, it was re-found by Emma this morning, which resulted in a reconvening of the gang, that this time allowed us good views of the warbler as it hung around with a Stonechat flock. During the day a number of other birders payed it a visit, including Cheech and Hannah from Langley Vale. With social distancing to the fore, it was warming to see so many birders working the local area, not known for its birds but still able to reward those that want to put in the time and effort. I know it isn't everybody's idea of top birding, but believe me, when such birding pays off it doesn't get much better.

Gibster said…
Some really decent birds on that list, Steve! Well, they were when I lived down there. Warren Farm used to be the best bet for wintering Dartfords, though I think 'irregular visitor' would probably be their status back then. Find the Stonechats and hope one was in attendance.
27 February 2021 at 20:26