All hail the Quail 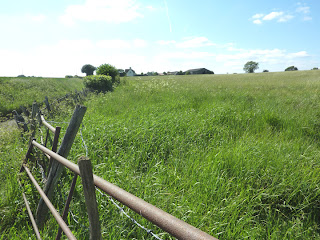 This is the field at Canons Farm in which a Quail decided to set up home today. Found by David Campbell late morning, it was still singing into the late afternoon, but you needed to be patient as it took frequent breaks from doing so. I was very lucky, as myself and another birder actually saw it as it sang, albeit just a head and upper breast view for maybe 45 seconds. 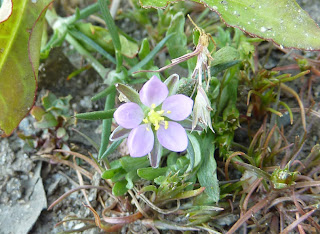 Headley Heath was also visited, with the long dry spell burning off most of the grass and moss. I do apologise to my northern friends who seem to be suffering from constant weather fronts dumping water on top of them in Noah-like deluges, but down here in the pampered south its becoming like the Namib desert! One species that could still muster a flower was this Sand Spurrey.
at May 21, 2011

You did well, Steve. Most of us only heard it today - even Johnny didn't get a glimpse after about four hours of waiting.

Neil, I don't think that I was too popular yesterday, just breezing up late and seeing it within 30 minutes...