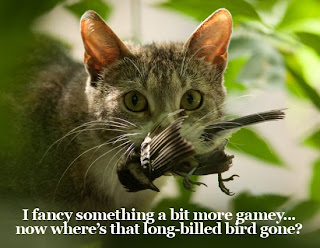 I've titled this post 'Rant #9' but it could, in all honesty, be the hundreth rant that I've put you poor readers through.This isn't going to be a post about the Great Snipe-murdering cat of Spurn* either.

This lunchtime I wandered into WH Smith and happened across a whole shelf of books on display, all attributable to the same BBC programme - Top Gear.. Most of them were written by Jeremy Clarkson (variations of a theme, mainly slagging off anything that isn't Jeremy Clarkson), with the odd tome from Richard 'The Hamster' Hammond (he isn't a real hamster) and James May. There was also a Christmas annual (it is, after all, September). The cover depicted these three men, all leering out at me with mock expressions upon their fizzogs. The more I looked the more I wanted to destroy it. But why?

Jeremy Clarkson
It isn't the fact that he tries to squeeze into 32-inch waist jeans when he is clearly in need of a 38. It isn't so much his mop of hair, carefully coiffured to try and pass it off for that of a laid-back rock God. It isn't even his lazy way of reporting, that normally compares a car to something that he finds funny - "If the Capri was an animal, it would be an asthmatic snail'. Or the fact that this terribly uncool middle-aged boor has made a fortune out of such witicism. It's because he thinks he's the dog's bollocks, the bee's-knee's, the coolest kid in town. Based on what? All those hangers-ons that populate the Top Gear studio, laughing at his politically incorrect bile that spews from his mealy mouth? If Richard Littlejohn ever gives up then the Daily Mail have got a ready made replacement.

Richard Hammond
You just know that when he was at school this bloke was bullied. And he is now taking it out on all of us by the use of sarcasm, being Clarkson's 'mate' by ganging up on James May and presenting such groundbreaking television programmes such as 'Wipeout'. He sneers, he huffs, he stares at me from that book cover, and I know what he is thinking - he is thinking "I'm up here looking down at you, you loser". He thinks it's OK to piss on the poor, the foreign, the slightly dim, because he is The Hamster. And he's Clarkson's mate. I bet the pub empties when they walk into the saloon bar in their faded jeans and mock scuffed leather jackets. Without a doubt they will have their very own tankards kept behind the bar, call the landlord by his first name and slag him off behind his back.

James May
I quite like James May. Surprised? Well, he seems to know that the whole thing is absurd. He knows he's a geek, and doesn't try to hide it. He knows his shirts are girly, knows that he should really get a hair cut and - most importantly - plays along with the other two with barely concealed contempt.Good on you James!

* Several posts ago (here), I revealed to you all about a disgruntled birder who was behind a series of rare bird hoaxes.At the time I wrote this about his Great Black-headed Gull hoax: He claims to have drugged the gull in the hope that it hung around for at least a day. "Next time I will up the dose". Well, he learnt his lesson, but most probably over did it on the Great Snipe, that was apparently wandering around in a fog of confusion, even walking over birders feet. Now you know why...

Thanks Tim, I've viewed the link and can only assume that it is all based on fact.

You're bit harsh on Richard Hammond, Steve! Although I've have never met any of them personally, I think he's the OK guy amongst them actually. Not sure James May is the all-round top man you suggest he is. I've heard stories (alleged and not necessarily accurate obviously) that would make him a disappointment. I think everyone would agree that Clarkson has become odious with age. A pity, as his script writing during his early Top Gear days was top-notch and his Sunday Times columns can be very funny

Neil, funnily enough I know somebody who had worked with James May (when he was a sub-editor) and said that he was an "OK kind of guy". I also know somebody who met Richard Hammond and thought him a pompous oaf. BUT - I haven't met any of them, and, in all honesty, cannot possibly make a realistic call on their character. For the purpose of a rant and subject for a post they are fair game only because they are so outwardly opinionated themselves. Clarkson, on the other hand, is almost certainly a cock.

So, you knew where I nicked the 'he's not a hamster' line from. I'm a big Stewart Lee fan. Enjoying Fresher's week Bill?

James May used to work at Haymarket just before I joined. There's a funny story, not sure again how true it is, about his use of four drop caps in a feature to spell out a certain swear word