How to bluff at bird photography

September 30, 2013
So, you own a camera. It might be a small compact camera, or maybe you've got a SLR with a standard lens on it. You know that you can get OK results by taking pictures of things that keep still and that allow you to get close to them - such as plants, fungi and moths at rest - but as for birds... well, the bloody things won't keep still and, when you do get close enough, the results are, quite frankly, disappointing.

There are many blogs out there that are full of stunning images of birds. I could name a few but I'm not going to as they make me feel impotent. But, there is a way out for the naturalist/birder whose photographic equipment is modest or who doesn't have the patience to keep still for ten hours to get a picture of a Kingfisher sitting on a stick. 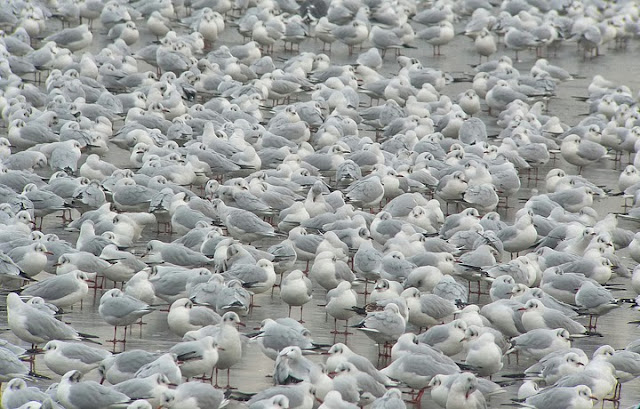 Sheer number. A single Black-headed Gull at this range would be a very poor shot indeed, but when it is in the company of hundreds of others, it takes on an altogether more arresting image. Like one of those 'Magic Eye' pictures that were all the rage a few years ago, the gulls take on a random graphic pattern, all pearly greys and whites. And you know that somewhere - probably Seaton in Devon - somebody will be looking through the photograph trying to discover if you have missed something rare within the larid throng. NDB bluffers rating: 3 out of 5

Habitat overload. This Little Owl was keeping still so I thought that I would 'digiscope' it - I dislike that word by the way - but it was too far away. However, the tree, boughs twisting and framing the bird, added drama to an otherwise 'pants' shot. A bit of cropping, lopping off the top and bottom of the image to add panoramic effect. Turns this into a David Lean inspired work of art. NDB bluffers rating: 4 out of 5 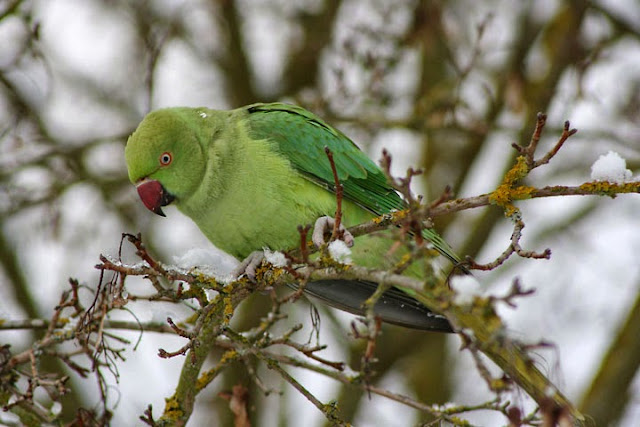 Get very close indeed. This parakeet was virtually sitting on my shoulder, so I couldn't fail to score with this one. I was using a 300mm zoom lens that wasn't image stabilised. I have used this lens to no effect before and since. I'm considering converting it to a thermos flask. NDB bluffers rating: 3 out of 5

Three easy ways to turn mediocre into just about passable. Just stay away from those birders with the big white f-off lenses - you will either bankrupt yourself trying to emulate them or burst into tears when comparing your tackle to theirs. What would Freud have made of that?
gulls Little Owl parakeet photography

Stewart said…
You forget the bloggers who add notebook drawings to enliven things with mediocre artwork. I liken my pics to images taken with a super zoom...and indeed my actual photos are!
30 September 2013 at 19:59