February 06, 2014
DAY TWO was spent in the Slapton Ley area, the highlight being that of paying my respects to the screaming rarity, Strapwort. But I want to take you straight on to DAY THREE, which will remain as a special day in my life. There were no major plant highlights -the day was special because of the alignment of several factors - the weather, the scenery and my own feeling of an utter mental and physical well-being. I floated through the day, walked the best part of twenty miles on the glorious coastal path and felt at times as if I had stepped into a parallel universe.

I left Torcross in the early morning, heading south (and westwards). My first pleasant surprise was to be looking down at this: 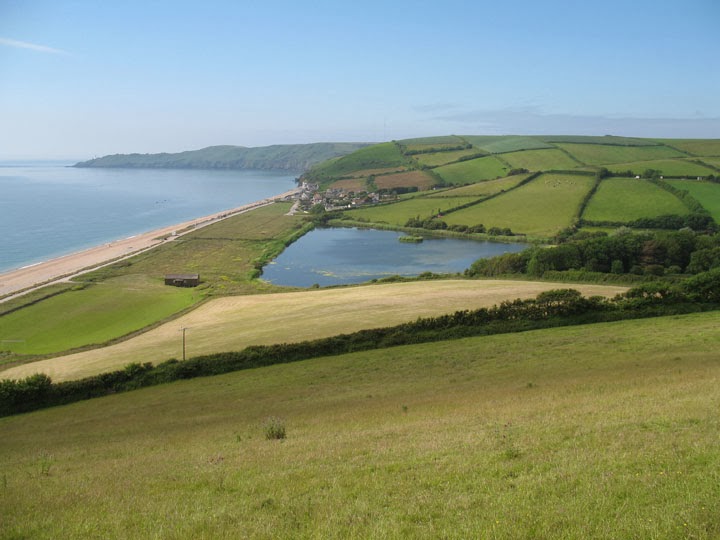 Beesands. What a great place to have as a birding patch, a freshwater body that hugged the sea and was but a stones throw from a headland! Beyond it was the small village (with a pub!) and then further beyond that the ghost town of Hallsands, largely abandoned after a storm breached its sea defences in 1917 (the breeching brought on by dredging out in the bay). 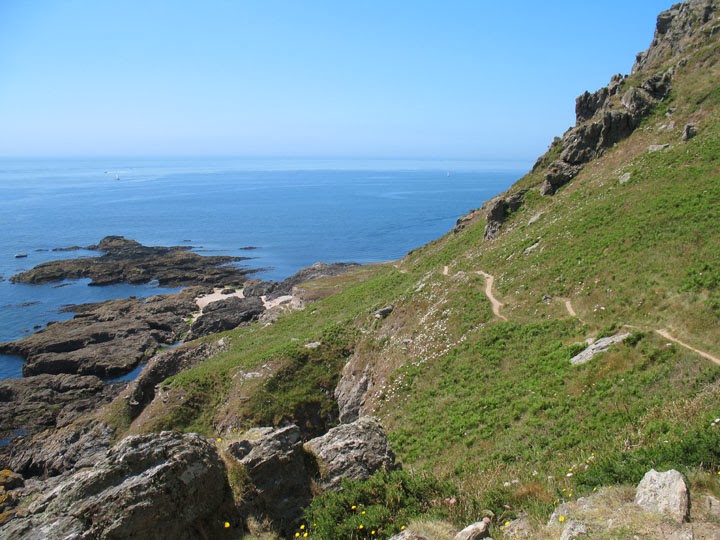 The coastal path then wriggled its way down to Start Point, the lighthouse and outer buildings looking irrelevant on such a benign day as this. As I wandered down to the very point itself, the air was so calm that I could easily hear a conversation going on between two fishermen on a boat which must have been a good half a mile offshore.

The coast then turned westwards, with a fairly straight path all the way to my destination, Prawle Point. The day went from the sublime to the magical. 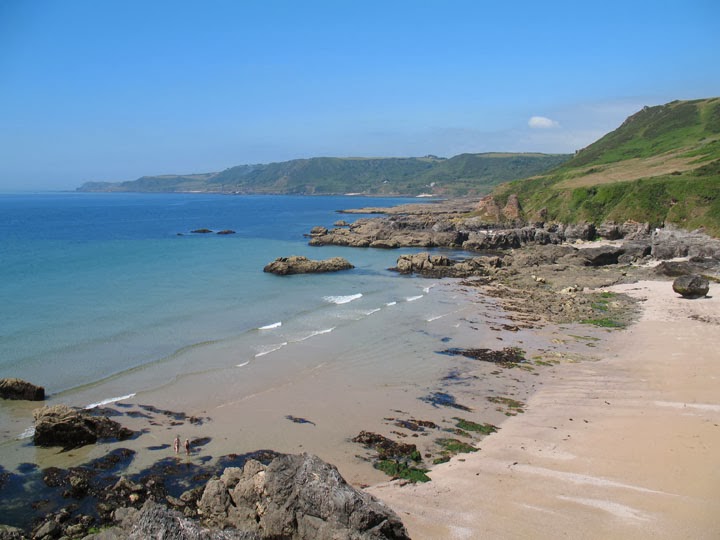 Mile after mile of spectacular scenery continued. Wide open sandy bays were deserted - I'm used to seeing such places packed with tourists. Seals were hauled up on the rocks, rather than people. And then there were the Cirl Buntings. Between Start and Prawle I recorded a minimum of nine birds, and in one hedgerow alone at Prawle there were three singing males plus an onlooking female.

I retraced my steps back to Torcross with what can only be described as a beatific grin on my face. This day had been truly memorable. Such days cannot be arranged, paid for or reserved. They come and find you. But you need to be out there in the first place...
Beesands Cirl Buntings Hallsands Prawle Point Start Point

Unknown said…
Strapwort! That's another one for me to catch up with.

It has been nice to enjoy reading two posts of you coming to a nice part of Devon. Thankfully there are lot's of nice parts.
6 February 2014 at 21:03